This is the first time that a confrontation between the art of Joan Mitchell, a figure of American abstract expressionism, and the works of the "last" Monet, that of the Water Lilies, has been organized. 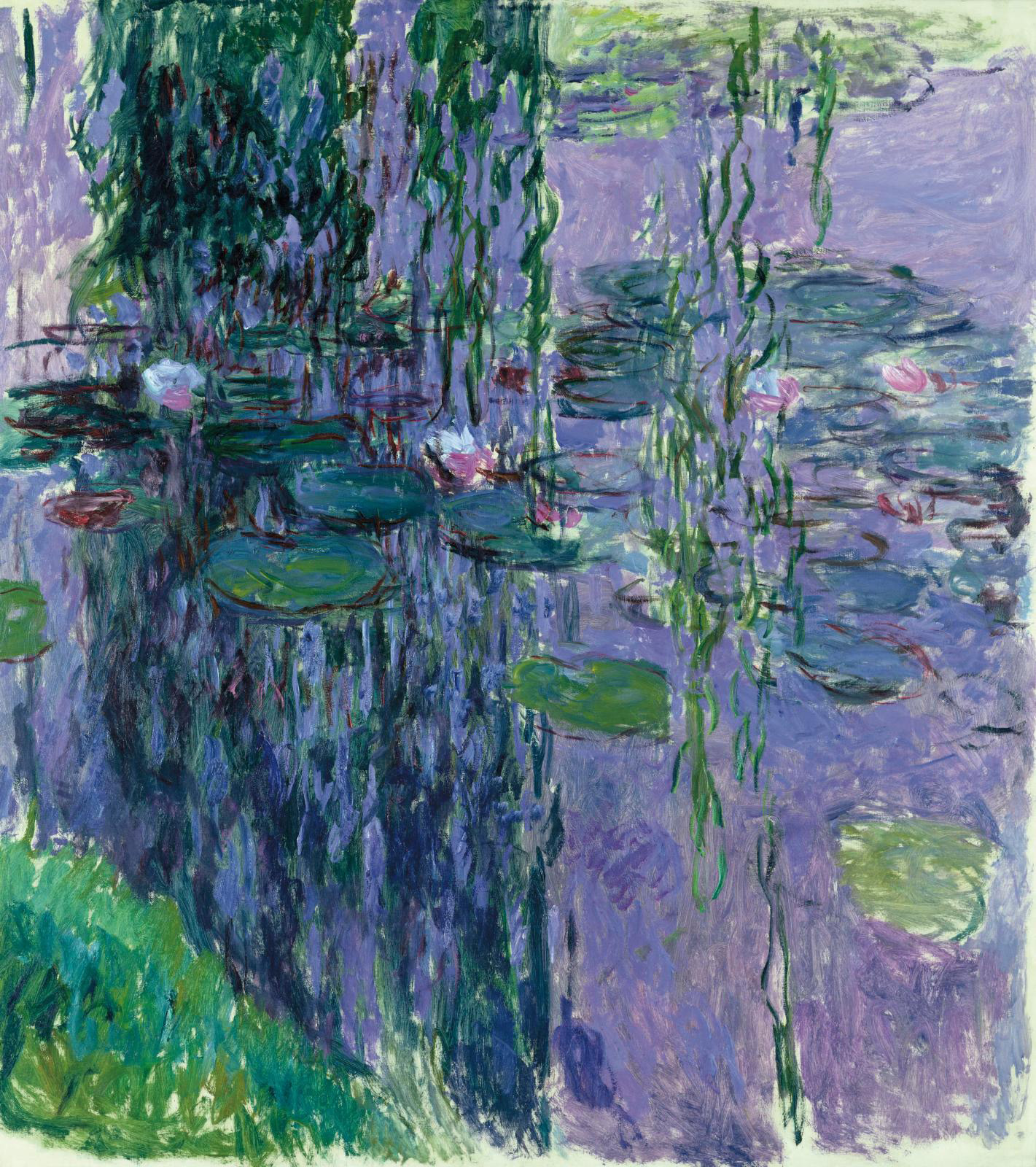 The American would probably have disapproved of this idea: she refused any comparison with her predecessor, who died in 1926 when she was one year old. However, she had taken up residence in 1968 in Vétheuil in a house next to the one where the impressionist master had lived before moving to Giverny. Thus, a few decades apart, they immersed themselves in the Norman landscape, he in osmosis with the garden he had created for himself, she inspired by the panorama she discovered from her terrace overlooking the Seine valley.

The exhibition displays seventy of their paintings on three levels, which reveal their convergences through a sensitive approach. Both have in common the emotion that nature gives them and that they transcribe in colored vibrations on canvases of large, even very large format. But their styles differ (with a few exceptions). Monet's paintings, which are composed of fluid layers, exude a contemplative atmosphere. And the motif remains present, even though the abandonment of perspective takes it to the threshold of abstraction. On the other hand, Mitchell's works, which are totally abstract, appear more tormented. Her stroke, which she inherited from her expressionist beginnings, is energetic, nervous, made of drips, and more or less diluted or thick layers. The exhibition ends in apotheosis: the panels of the Agapanthus triptych (1915-1926), signed by Monet, as impressive as the Water Lilies in the Musée de l'Orangerie, have been exceptionally reunited, each on loan from an American museum. In an adjoining gallery, which looks like a luminous cathedral, ten of the twenty monumental canvases from the Great Valley cycle, painted by Joan Mitchell in the 1980s, are on display. A pure delight.

Sayed Haider Raza’s Diluted Landscapes
Not to be missed
Exhibitions