This new event will take place on the Champs-Élysées near the Grand Palais. The first one will focus on legendary dealer Alexandre Iolas. 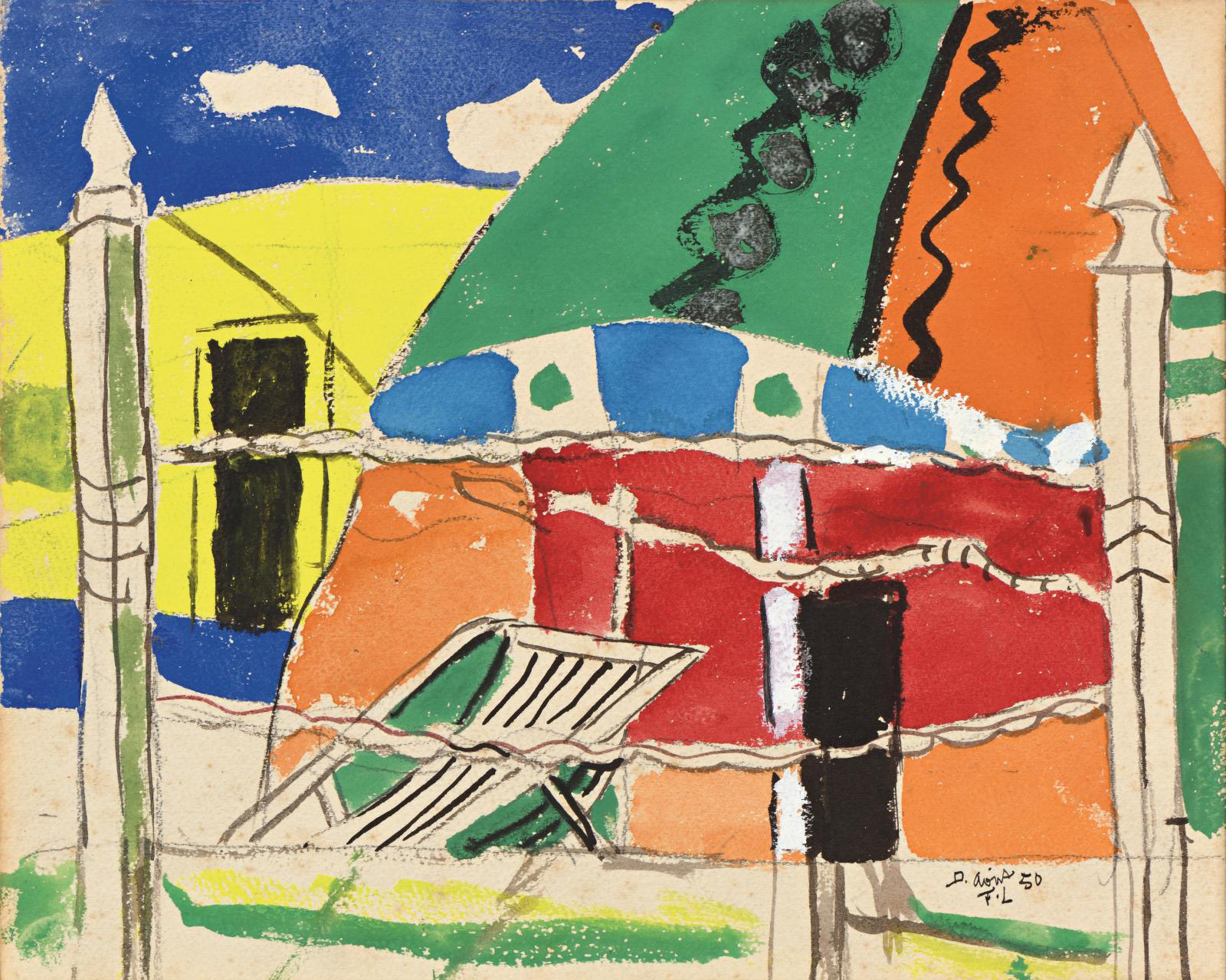 Moderne Art Fair is "a new event organized by a team with fifteen years of experience in the field," says its director, Adeline Keit. It will take place at an outstanding Champs-Élysées location near the Grand Palais and the Golden Triangle, while the FIAC, which is the flagship event, has moved to the Grand Palais Éphémère on the Champ-de-Mars until 2024. The fair remains in the heart of Paris amidst the luxury hotels, auction houses and galleries that fuel the art market’s buoyancy. "It was important to be near avenue Matignon, which has become Paris’s answer to Bond Street," says Ms. Keit.

The event’s identity is closely tied in with the second market modern art galleries on avenue Matignon and in the neighborhood. An “e” has been added to “modern” to give the name a "French touch". "We position ourselves as a leader in modern art, confirmed contemporary art and historic and contemporary design," says Ms. Keit. There will be nearly sixty galleries in two large tents along a single walkway, giving the exhibitors equal treatment and ensuring a comfortable experience for visitors. If they run out of time visitors are even be entitled to an extra day, Monday, which is one more than the other fairs held during FIAC. French galleries account for 75% of the exhibitors at Moderne Art Fair, the overwhelming majority of them from Paris. "Moderne Art Fair is not an umpteenth fair,” says the director. “It has been created to meet a real demand. Most Parisian galleries need a modern art event in order to shine. It’s a tool for them." Ms. Keit recalls that not all collectors can afford works that cost hundreds of thousands, if not millions, of euros: there is a market for people interested in the €50,000 range. While some prices are above that, this is Moderne Art Fair’s niche market.

Design, Photography and Ceramics
Moderne Art Fair is aware that the art market cannot exist without great dealers, who lead the way in shaping tastes. This is why it is showcasing one of the greatest among them: Alexandre Iolas. Gallerist Alexandre Skinas, his godson, will break open the family archives, including correspondence, to trace his outstanding career in an unprecedented exhibition. Iolas had Greek roots but was born in Egypt in 1908 and died of AIDS in 1987. He started out as a brilliant ballet dancer, rubbing shoulders with the likes of Stravinsky and Poulenc, before turning to art and, in the mid-1950s, opening a gallery in New York where, like Pierre Matisse, he promoted the Surrealists. In his Paris, Milan and Manhattan galleries, Iolas exhibited the New Realists from Martial Raysse to Tinguely, Arte Povera, Greek artists such as Fassianos and Takis and the Lalannes, a favorite with the jet-set and prominent couturiers. David Nahmad, a famous dealer and collector who knew Iolas well, is participating in this tribute to the colorful figure. He will present works from his collection by De Chirico, Brauner, Max Ernst and Fontana.

Design galleries or galleries that show design account for about 10% of Moderne Art Fair’s exhibitors. After all, modern and contemporary art has always paired well with design. Galerie Capazza in Nançay (Cher) is showing works by seven contemporary groundbreaking ceramists: Robert Deblander, Elisabeth Joulia, Jacqueline and Jean Lerat, Yves Mohy, Claude Champy and Bernard Dejonghe. Antwerp’s Modern Shapes Gallery, which specializes in contemporary sculpture and unique modern art, will feature pieces by young Nordic ceramists. Maison Parisienne, an itinerant gallery, will display historic and contemporary design. Galerie Jean-Marc Lelouch makes furniture in association with various designers. Galerie Rapin, Dumas Limbach Fine Art, galerie Gam and Spazio Effimero, which artist Mattia Listowski and decorator Alice Roux have recently set up in Brussels, are also among the participants. La Bocca della Verità, which Jean-François Declercq opened in Belgium’s capital in September in a postmodern space hiding behind an Art Nouveau house, will hold three shows a year to promote young talent. At Moderne Art Fair, he will unveil new pieces by young designer Thibault Huguet, who has already worked for Cartier. For €600 and €5,500, aesthetes will be able to acquire a bench, a console and solid wood tables made in limited editions by master craftsmen in Savoy. "He’s just 30 but has so much to say," Mr. Declercq enthuses. In a completely different vein, David Guiraud’s Paris gallery will present historic photographs. Comics will also be there. Galerie Huberty & Breyne, now well established in Paris and Brussels, exhibits originals at the biggest fairs—true paintings by the greatest masters of comics, from Hergé to Manara.

Works on Paper
Alexandre Skinas, La Pochade, Najuma, Jordi Pascual Galeria, Calzada Galeria, the Hurtebize, Messine, Faidherbe, Berès and Protée galleries, Cortina Galeria and the appropriately-named galerie des Modernes will feature modern art in all its diversity. Several solo shows will punctuate the fair. Baudoin Lebon’s stand will highlight works on paper, including drawings by Jean Dubuffet, prints by Jim Dine and lithographs by Robert Rauschenberg, Dan Flavin, Barry Flanagan and Sol LeWitt. Véronique Smagghe will spotlight drawings by Vera Molnar. Montreal’s Christopher Cutts Gallery will host a show of 1950s and 1960s works by Canadian abstract artist Harold Town, while Ad Galerie and Saltiel will feature narrative figuration and the Boesso Art Gallery in Bolzano, Italy will place a spotlight on geometric abstraction. More unusually, the Mark Hachem Gallery, which specializes in kinetic art and modern art from the Arab world, will probably offer a taste of the Mediterranean and beyond. This overview of modern art, generalist and highly specialized at the same time, is worthy of its name.

Menart Art Fair Makes the Middle East Shine
Newsfeed
See all news
Barbados Announces Museum and Memorial to Victims of Slavery
English Teenager Finds Bronze Age Hoard with Metal Detector
Seattle to Open Museum Dedicated to NFTs
Afghan Artists Are Pleading for Help
Not to be missed
Fairs
Art Fairs in Miami's Sunshine
The traditional procession of December fairs in Miami is back, apart…
Fairs
Paris Photo: Practically the Good Old Days
Paris Photo exhibitors gave positive feedback on the fair, now back…
Fairs
The Grand Comeback of the Biennale: The French…
The 32nd edition, overseen by Henri Jobbé-Duval, is opening up to…
Fairs
Art Market Overview: Paris Photo, the International…
For its 24th edition, taking place from November 11 to 14 at the…