MoCo: A New Art Ecosystem in the South of France

In Montpellier, a new entity aims to reshuffle the cards of contemporary art on a national and global scale, starting with the renovation of a private mansion to host new collections. 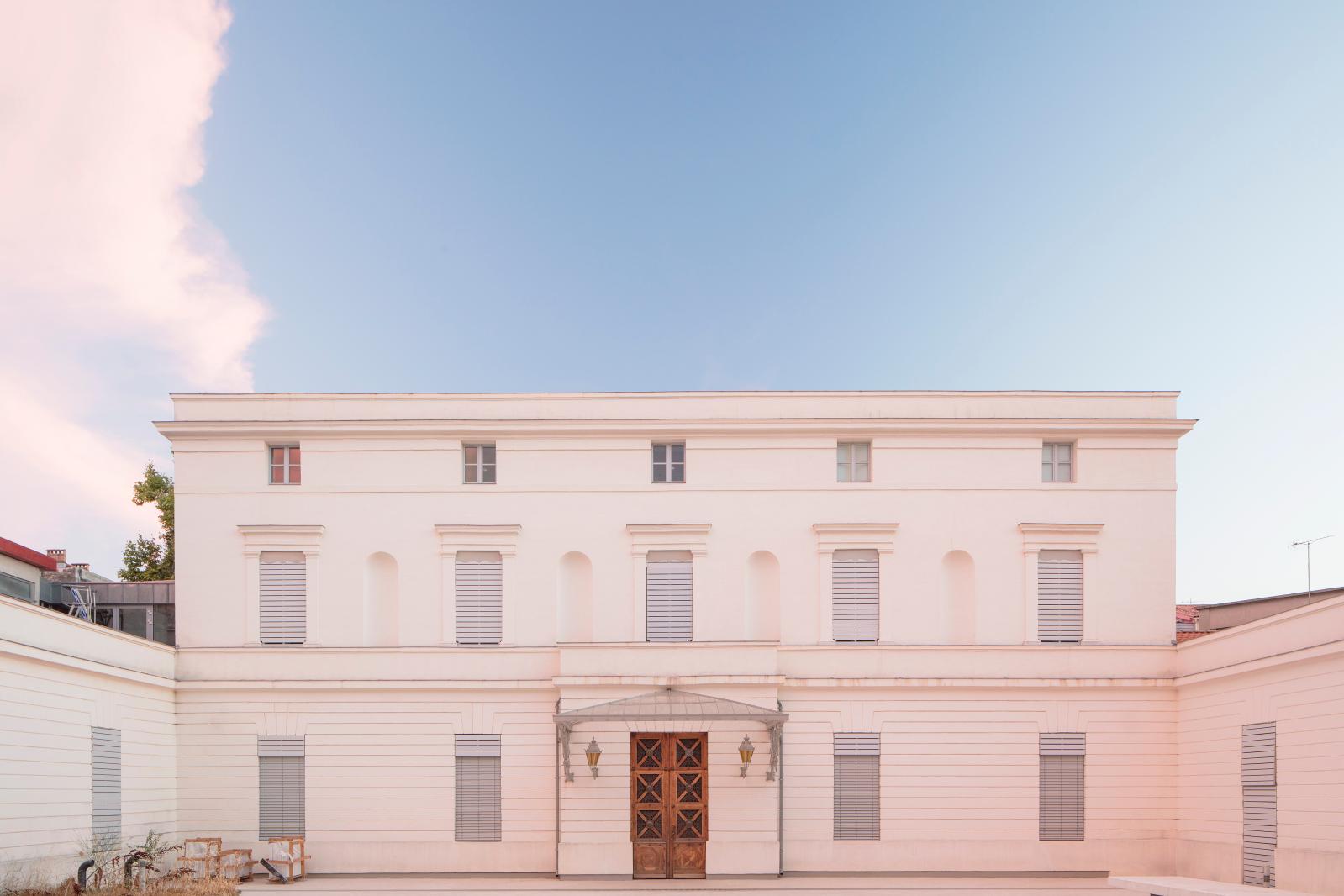 A stone's throw from the railway station, the MoCo (short for Montpellier Contemporain) is opening the "Hôtel des Collections", the linchpin of a tripartite structure housed in an 18th-century building, the Hôtel Montcalm. "The project arose from a political commitment," says the mayor, Philippe Saurel, also chairman of Montpellier Méditerranée Métropole. "Before I was elected, I had the feeling there was very little or no place for contemporary art in the city's cultural offering. In 2014, when I was elected mayor, I fulfilled my promise to create a contemporary art centre." But the new town councillor's plan clashed with a projected Museum of the History of France in Algeria, initially planned and supported by his predecessor, Georges Frêche. However, overlong timeframes and alteration work helped to shift this project towards the MoCo, integrating two already active institutions:  the École Supérieure des Beaux-arts art school and La Panacée, a contemporary art centre now dedicated to emerging art. Nicolas Bourriaud, formerly director of the Palais des Beaux-Arts in Paris, was appointed steersman of this great culture vessel, and designer Vanessa Bruno the Chair of the Board of Directors.

A Heritage Given Fresh Magic by Art
To achieve its aims, it needed an appropriate but unspectacular architectural project, and this was entrusted to architect and town planner Philippe Chiambaretta. "'Logo architecture' like the Guggenheim in Bilbao is a thing of the past," says Nicolas Bourriaud. "We were more concerned with how we were going to give fresh magic to a heritage venue without going over the top." From the entrance gate, visitors are invited to enjoy "a sensory, poetic experience" in the garden of the park. Opening onto the heritage building once owned by the French army, a botanic atlas – a kind of map of the world in plants dreamed up by the artist Bertrand Lavier – represents the five continents. At the mansion entrance, a bay window, like a screen, puts the public in direct contact with current creation through one-off actions. The first is being handled by visual artist Mimosa Echard. The ground floor houses a row of reception and catering services and a bookstore/library. On the ceiling of the restaurant-bar (whose renovated architecture, as with the other rooms, sports a highly 18th-century look), we see Idle Mode: a luminous work by Loris Gréaud created for the venue. Lastly, at the back on Rue Joffre, the Cour des Fêtes – a reception area that can be privatised – provides a view of the Cube. This unique geometric feature in the historic building takes up the space previously occupied by the officers' mess.

A "Museum of Museums"
But it is the lower floor that houses what has driven Nicolas Bourriaud since he became La Panacée's director in March 2016: the presentation of "projects exclusively devoted to public and private collections from all over the world, unfamiliar or even totally unknown to the public." This highlights individual collections, and those of foundations, artists and others, reinforcing the message of the city mayor, Philippe Saurel, who says that "these times are not about possession anymore; they are all about sharing, flows, spreading the word." Bourriaud adds: "Off the beaten track, this museum that is not a museum will provide viewpoints on those of others." Exhibited for three months, the first collection, begun in 2011, belongs to the Japanese entrepreneur Yasuharu Ishikawa. Under the curatorship of Yuko Hasegawa, director of the Tokyo Contemporary Art museum, "Distance intime" presents a selection of multimedia pieces by artists like On Kawara, Pierre Huyghe, Félix González-Torres, Simon Fujiwara, Danh Võ, Gerhard Richter and Marcel Broodthaers. "It's a collection of works from the 1960s to the present day, which reveals a simultaneously intimate and universal history, and raises questions about the family, ecology, migration and so on." But as the director also tells us, "We are not looking to celebrate the art market through these exhibitions, but to emphasise a consistent quest, and be as unexpected as possible." There will be further proof in October, with a second focus on "a collection never yet shown, now in the Tretyakov gallery in Moscow, created for a contemporary art museum that never got off the ground."

Rebalancing the Poles
A museum of collections without its own collection, the former Hôtel Montcalm is thus the linchpin of a highly original, multi-site structure, present at every level of the artistic circuit. "From training to artists' residences by way of exhibition spaces and areas for creation, mediation and publication, this triptych is the only one of its kind in the heart of a national and global cultural landscape," says the mayor. It is the only public contemporary art centre that has opened in France since the Palais de Tokyo opened in Paris in 2002, and the only one in Europe in 2019." A horizontal structure whose development strategy combines pre-existing energies and creates links with other iconic institutions, like the Musée Fabre. "Fabre represents "collecting power" par excellence," says the director. "We are partners, and we complement each other." For example, the MoCo has taken on several roles, including ensuring a new balance between the cultural forces within the city, the region, and southern Europe. Is it also aiming to counteract the cultural despot of Paris? "France is suffering from extreme centralisation," he says, "which will eventually become an obvious handicap given rising property prices in Paris (…). This will lead to a "future in luxury" for shops and institutions, while artists will flee. In the near future, concentration (…) in a single city will be absurd: Paris risks becoming a huge showroom supported by a vast administrative structure, supposedly managing the rest of the country. Montpellier Contemporain wants to open out other routes and create the artistic polarisation that exists in all great countries."

Indulge Yourself at the Exhibition "Drouot Déco"
Newsfeed
See all news
Prices Are Up for Painter Robert Colescott
Istanbul Biennial Postponed Until 2022
Kunstmuseum Bern Shows North and South Korean Art
London’s Serpentine Pavilion Criticized for Environmental Impact
Not to be missed
Analyses
Napoleon's Impossible Palace
From the Tuileries to Versailles, Napoleon Bonaparte sought a palace…
Analyses
Ernst Haeckel, the Zoologist Who Inspired 20th-Century…
The 19th-century German scientist, who coined the word "ecology,"…
Analyses
Josephine Bonaparte’s Gardens at Malmaison
Josephine and Napoleon I reigned as a power-couple, keenly attuned…
Analyses
Transformation of the Pernod Ricard Foundation for Contemporary…
After 20 years near the Place de la Concorde in Paris, the Pernod…