Michael Likierman: A Knight in Shining Armour for Alpes-Maritimes Heritage

The British consider that anyone who succeeds ought to "give something back" to society, in terms of time or money. A principle applied to the letter by this UK businessman, who is the kingpin of three heritage rescue operations in Menton and Roquebrune-Cap-Martin. 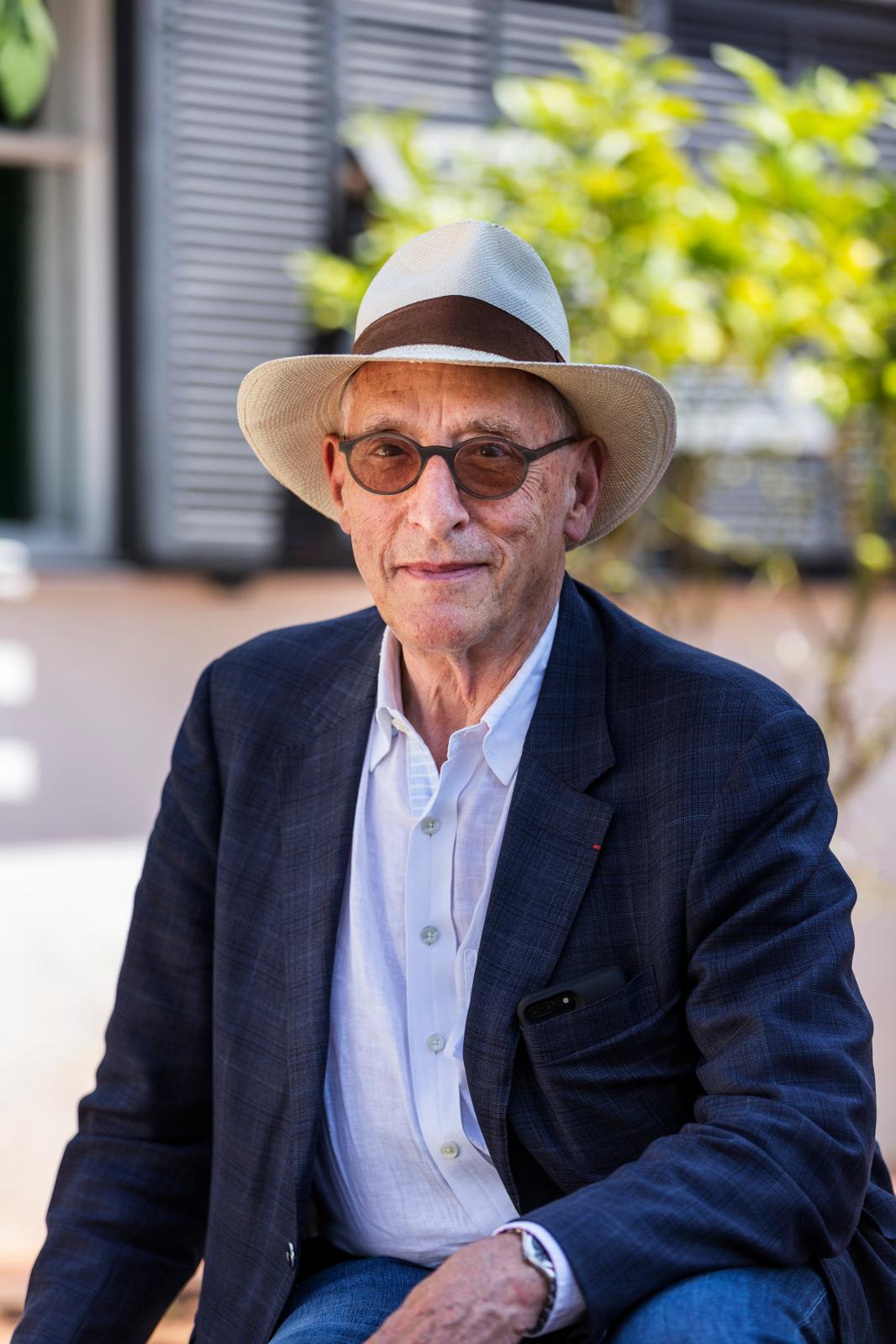 Made a Chevalier de la Légion d’Honneur in 2002, Michael Likierman (b. 1940), a shrewd businessman (who imported the Habitat store into France) arrived in this country nearly half a century ago with his wife. Here he fell in love with an old abandoned garden overlooking the Bay of Menton, in the Department of the Alpes-Maritimes. In 1995, the couple bought the Domaine des Colombières, designed by Ferdinand Bac in the 1920s, and restored the ruins of its historic house and garden before saving other nearby heritage sites.

How did you manage the change from business to saving endangered heritage sites?
It happened quite naturally: when you have an entrepreneurial streak, it affects every area in your life. So when you see something that needs reconstructing you go for it!

How did you find the Domaine des Colombières in Menton?
By chance. We had a second house in Saint-Rémy-de-Provence, where my wife was designing a garden, as she no longer wanted to fight the mistral winds. During a symposium in Menton, she visited Les Colombières. That evening she called me and said "I've found something. It's a ruin; it'll keep us busy." That was in 1992. For three years, we waited for the estate to be sorted out by the heirs of Émile Ladan-Bockairy, for whom Ferdinand Bac had designed the grounds. We studied the prolific documentation he left, particularly his designs showing different works, like the Jar Path, the Boy with a Butterfly and Nausicaa's Fountain. Les Colombières is a total work of art. Ferdinand Bac, the grandson of King Jérôme Bonaparte, also painted the frescoes in the house and patio and designed the furniture. He is well-known as a caricaturist, but he was also an architect, painter, landscape architect, gardener and wrought-iron maker. Ladan-Bockairy gave him carte blanche to enlarge the original small house and transform the olive grove. He started here in 1919 and everything was completed by 1925.

How did you envisage the restoration of this place, which was listed in 1991?
We were ready to take everything in hand entirely, but we also wanted to make the house more comfortable to live in. So we negotiated with the Monuments Historiques architects to have the plumbing redone, create bathrooms, install air conditioning and dig out a small swimming pool. We were able to find common ground for saving the building, which had been damaged a lot, particularly during the Second World War. Once the main work was finished we had the frescoes restored by Italian craftsmen used to working in churches. They worked here for two years.

What was left of the gardens?
They had gone wild, but you could make out the structure. We left the trees, rebuilt the works, and were sometimes lucky enough to find companies that had worked for Ferdinand Bac. The Ministry of Culture recommended two talented landscape gardeners, Arnaud Maurières and Éric Ossart, who replanted the entire garden with Margaret, my wife. It took five years to complete the restoration process.

You then turned to the project for La Serre de la Madone: what part did you play in that?
In 2000, when we had moved into Les Colombières, the Conservatoire du Littoral had recently acquired La Serre de la Madone, on the outskirts of Menton. These eight or so hectares designed in 1920 by Lawrence Johnston, who also owned Hidcote Manor Garden [in northern Gloucestershire – Ed], had escaped being turned into a housing estate. But they were in a very run-down state, and the highly original landscape architecture conceived by its designer could no longer be seen. The Conservatoire du Littoral wanted to hand the restoration work over to the city council, which decided instead to approach some British garden owners in Menton, including me. I then formed an association with four other enthusiasts specializing in botany and the history of gardens. My role was to inspire a shared vision. I was also in charge of funding, which involved finding five million euros. Half came from public grants, and we raised a little over two million for the rest, mainly from companies keen to associate their image with this rescue operation.

The third adventure was the restoration of Eileen Gray's villa in Roquebrune-Cap-Martin…
It took a good ten years to get the restoration of this extraordinary place off the ground. Some work had been carried out, but there was no organized overall vision, and the Conservatoire du Littoral, the owner, couldn't make any headway. They eventually asked me to take it on. Again, I created an association, Cap Moderne, with experts in very precise spheres, because the villa is a complex building.
We decided to restore the villa to how it was in 1929. Then we gradually tackled the restoration of the fixed furniture. Lastly, thanks to the enthusiasm of the architects involved, we began reconstructing the furniture dreamed up by this brilliant Irish designer. We are currently remaking the "E-1027" table and the "Bibendum" chair as they appeared in the 1929 inventory. In the autumn, I'll be handing over the keys of the Eileen Gray villa to the Centre des Monuments Nationaux, now in charge of the conservation and running of the site.

Why are you interested in heritage, and why do you put so much effort into the cause?
I think I developed my love of beautiful stone buildings during my studies at Stowe School in Buckingham, which is housed in a former ducal palace. That's my English side, maybe. In the British mentality there is this idea of "giving something back": you give back to society what it has helped you to obtain. Patronage, which is highly developed with the British and Americans, comes from that. In France, everything has to come from the State, while we consider that the State ought not to and cannot take everything in hand. For me as someone who loves France to the point of obtaining French citizenship last December, taking action to save heritage seems the obvious thing to do.

La Vallée-aux-Loups: Chateaubriand's House
Not to be missed
Interviews