London is getting ready to host the ever-popular Masterpiece, which returns on June 30 within the walls of the Royal Hospital in Chelsea. One hundred and twenty-eight exhibitors have already announced their highlights. 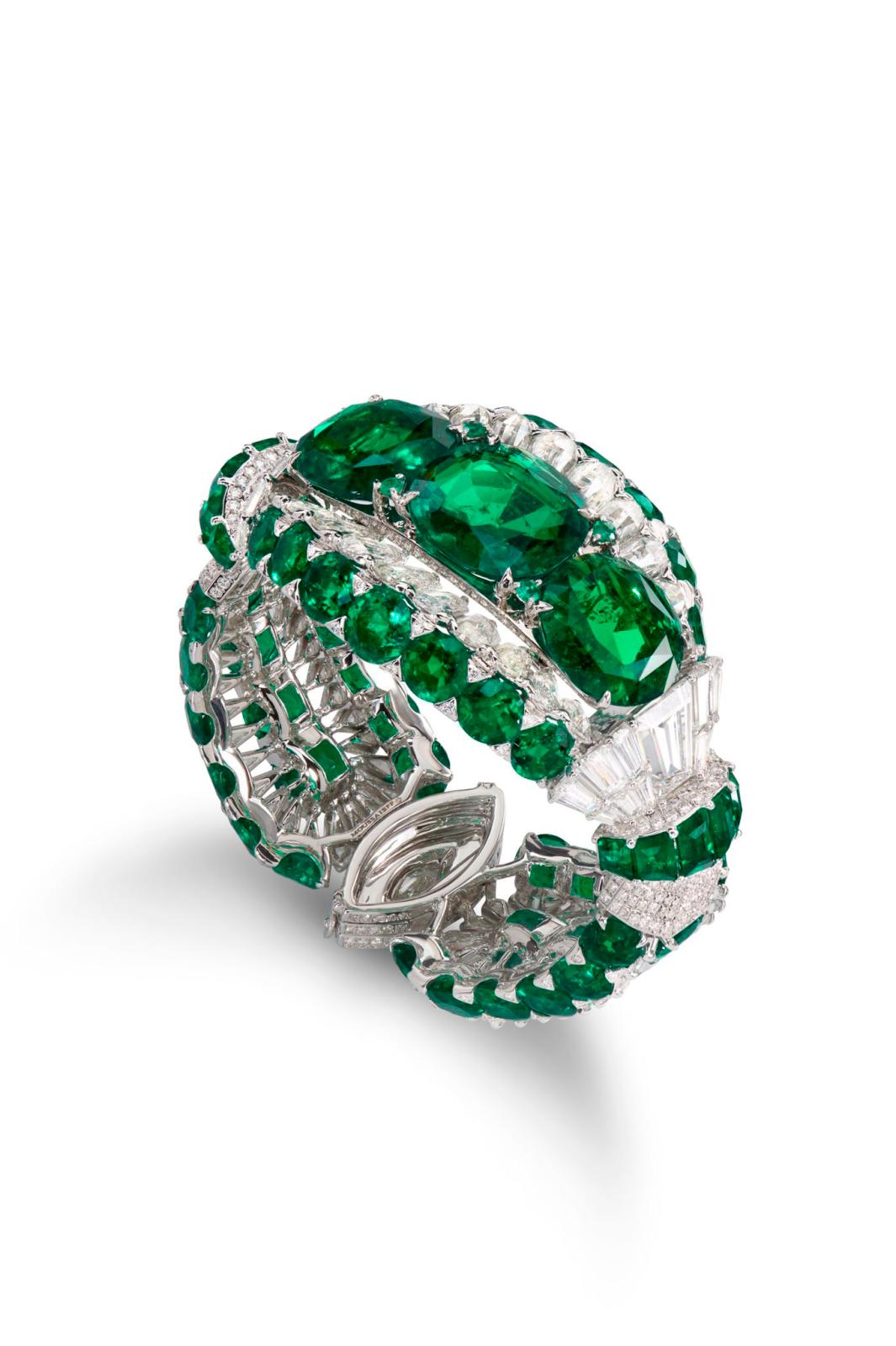 The 2022 edition showcases the work of Pakistani American artist Anila Quayyum Agha, represented by Sundaram Tagore Gallery. For the occasion, this winner of multiple awards, including the Schiele Prize in 2017, has created two spectacular light installations, inspired by the Moorish aesthetic of the Alhambra. In the entrance, it's Sarah Graham who welcomes visitors with a monumental reinterpretation of drawings. In the booths, at David Aaron's a triceratops skull from the late Upper Cretaceous, unearthed in 2019 in Wyoming, stands in contrast to the British painter Augustus John (1878-1961), at Philip Mould & Company, which explores a twentieth-century of British art. Moussaieff is taking advantage of Masterpiece's momentum to launch a bracelet, with Colombian emeralds, inspired by the Maharaja of Baroda's collection and Belle Époque designs.

A Japanese ambiance can be found at Steve Sly with ceramics and okimono, notably from the Meiji period. Asia is also present at the 3812 Gallery. Their space is dedicated to the relationship between spirituality and abstraction, both in Chinese and British art, thanks, among others, to pieces in ink by Raymond Fung and Wang Shaoqiang. Finally, important artists are on display: Pablo Picasso is in dialogue with the Polish-British Caziel at the booth of Whitford Fine Art. The London gallery exhibits a series of portraits of the two painters who became friends during Caziel's stay in Paris.

The talks will focus on the nineteenth century with discussions devoted to Hans Hartung, Georg Baselitz and Ernst Ludwig Kirchner in particular, in the context of an explosion of the market and of German artists.