Curator and head of the Department of French Paintings at the Washington National Gallery of Art, Mary Morton has constantly promoted French art in her country. We talk to an impassioned aesthete. 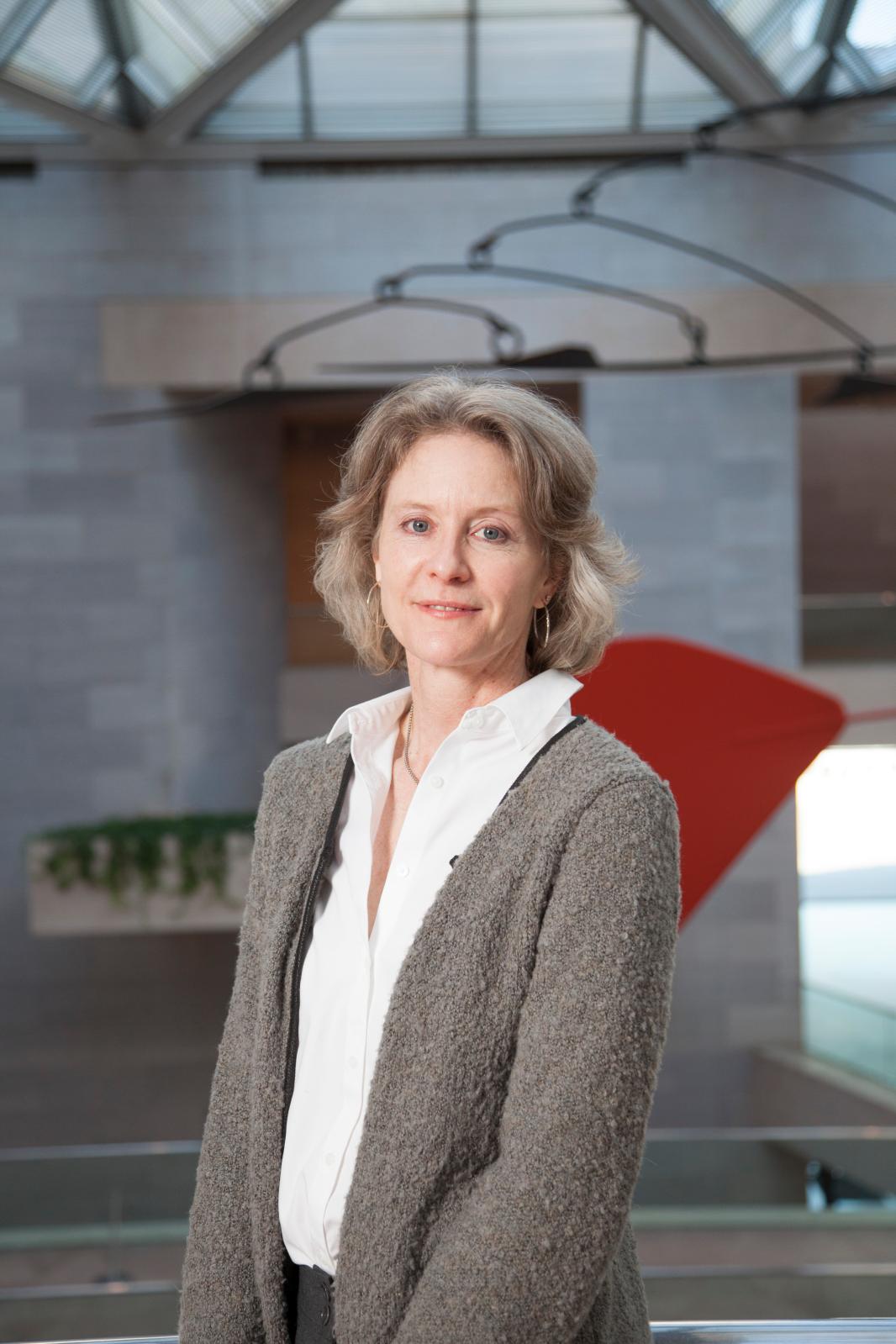 What did you do before joining the Washington National Gallery of Art?
After working for several years in Los Angeles, my native city, I obtained a PhD in European Painting, specialising in the period 1848-1914: the same chronological period as the collections of the Musée d'Orsay, where I studied for several weeks. But in France I spent most of my time in the manuscript department of the Bibliothèque Nationale, when it was still in Rue de Richelieu. My first job as curator was at the Museum of Fine Arts in Houston, where we prepared the collection for the new Beck building designed by Rafael Moneo. After that I went to work in the European Painting department at the Getty Museum in Los Angeles, and I've now been at the National Gallery for nine years as curator of 17th, 18th and 19th century French painting, which consists of 650 works. But I am also in charge of all 19th century European paintings – Dutch, German and Scandinavian.

You speak impeccable French: the result of your time in France?
Unfortunately, my spoken French isn't actually very good. I did my research thesis quite quickly, living a hermit-like existence at the BNF and talking to nobody (...). But I come to France several times a year to see exhibitions, meet colleagues and dealers, work on projects and do research. It's incredibly stimulating!

You also buy works in France to swell the National Gallery of Art's collections...
I bought my first piece here at a sale in Senlis, on 17 October 2010. It was L'Enlèvement d'Europe (The Abduction of Europa) by Jean-François de Troy, which cost €280,000. I got my colleagues fired up about this painting, and we decided on a purchase price. But just before the sale, I discovered the picture on the cover of your magazine! (Gazette no. 33 of 1 October 2010 - Ed.) I was terribly afraid this would create too much competition. Luckily, we won the bid. Last year, we made an offer for a painting for sale in London, and lost out to a major British dealer. But because of the importance of the work – it was a matching piece to a painting in our collection – we had to buy it, at a hefty price. Incidentally, I've visited the Hôtel Drouot several times. It's a fascinating Aladdin's cave. We often buy there through dealers. It's more expensive but also more practical, because it gives us more time to obtain approval from curators, our director and our board of directors, as well as to find the funds.

Which are your most important acquisitions?
We bought the only signed and dated version of Simon Vouet's Vierge à l’Enfant (Virgin and Child), a majestic painting that combines the artist's Roman influence with the burgeoning style of the French court. Last year, we bought the pendant to our Naufrage (Shipwreck) by Claude Joseph Vernet, which we'd been seeking for a long time. The two paintings hung side by side in a prominent English country house for nearly two hundred years, and we reunited them. I'm currently working on a project to acquire an early 19th century painting, a period we are looking to develop. It's a picture of intense sensual beauty in excellent condition, in a style of great historical interest, which I saw at the TEFAF fair in Maastricht. Wish me luck!

"Their collections, of course! France's public collections are so huge that there are whole museums within museums' reserves. More art than could ever be hung in exhibitions... They also enjoy a certain stability, thanks to State funding; they don't have to work like demons every year to find private funding just to stay open."

When did you develop your taste for French painting?
It arose from my passion for 19th century European history. Subsequently, I was lucky enough to work for my PhD with a brilliant man, Kermit Champa, who taught me to understand the complexities of painting. My artistic sensibilities became more refined. It's a quest that lasts a lifetime, pursuing the development of an "eye". French painting is very consistent, too, given the central position occupied by Paris and the official art world, which organised and celebrated painting for many centuries. I think 19th French painting is one of the most glorious periods in the history of the medium.

What is your favourite period?
Parisian painting of the 1860s: Delacroix and Ingres died during this decade; Courbet and Manet were at their peak; Theodore Rousseau and Camille Corot were turning out masterpieces; Impressionism had not yet emerged as a movement. And I adore Jean-Léon Gérôme, who remains outside the heroic canon of 19th century modernist masters.

Which are the most important exhibitions you've staged at the NGA?
When I arrived in 2010, I had the huge pleasure of organising Belinda Thomson's exhibition "Gauguin: Maker of Myth". After that, I rehung the 19th century galleries, trying to narrate new stories with this collection devoted to one of the greatest periods in painting. In 2015 I staged a show on Gustave Caillebotte with George Shackelford, and another with John Elderfield on Cézanne's portraits, in collaboration with the Orsay museum. And last year I prepared an exhibition on female figures in the work of Camille Corot with the Musée Marmottan. My department has also staged exhibitions on Frédéric Bazille and the collaboration between Degas and Cassatt (supervised by Kimberly Jones) and on the 18th century, with a major monograph show on Hubert Robert with the Louvre.

What might American museums envy as regards French ones?
Their collections, of course! France's public collections are so huge that there are whole museums within museums' reserves. More art than could ever be hung in exhibitions... They also enjoy a certain stability, thanks to State funding; they don't have to work like demons every year to find private funding just to stay open. In the US, we constantly have to convince donors of our value. They want museums to be a tangible service, so there is more emphasis on "taking care" of visitors in terms of accessibility and comfort.

What are your future projects?
For a long time, I dreamed of acquiring a major Giovanni Segantini for the NGA: Spring in the Alps. It's a very large painting that would have chimed in well with many other works in the collection and been very popular with visitors. But it cost too much, unfortunately, and was bought late last year by the Getty Museum. We are tremendously rich in modern French paintings, and I would really like to extend our collections with major works by artists who were not Impressionists or post-Impressionists. We also have a new director at the NGA: Kaywin Feldman. This sort of change is always an occasion to think about our work again. The NGA recently reorganised the 20th and 21st century circuits in our east building. I'm longing to do the same with the west building, which contains our magnificent collection of Old Masters.

1998
Obtains a PhD in Art History
2004
Moves from Houston to Los Angeles to join the Getty
2010
Starts working for the Washington National Gallery of Art
2017/2018
Organises two exhibitions on female figure painting: "Cézanne: Portraits" and "Corot: Women"
2018
Awarded the Chevalier of the Order of Arts and Letters by France's Ministry of Culture

Nicolas Milovanovic: “Poussin is an Extraordinarily Sensual Painter”
Not to be missed
Interviews