Mary Cassatt: The Artist, her Sister and Impressionism…

Mary Cassatt’s impressionist technique and her distinctive approach to portraiture are demonstrated in this work, Étude pour la tasse de thé (Study for a Cup of Tea), the subject of which is her sister Lydia. 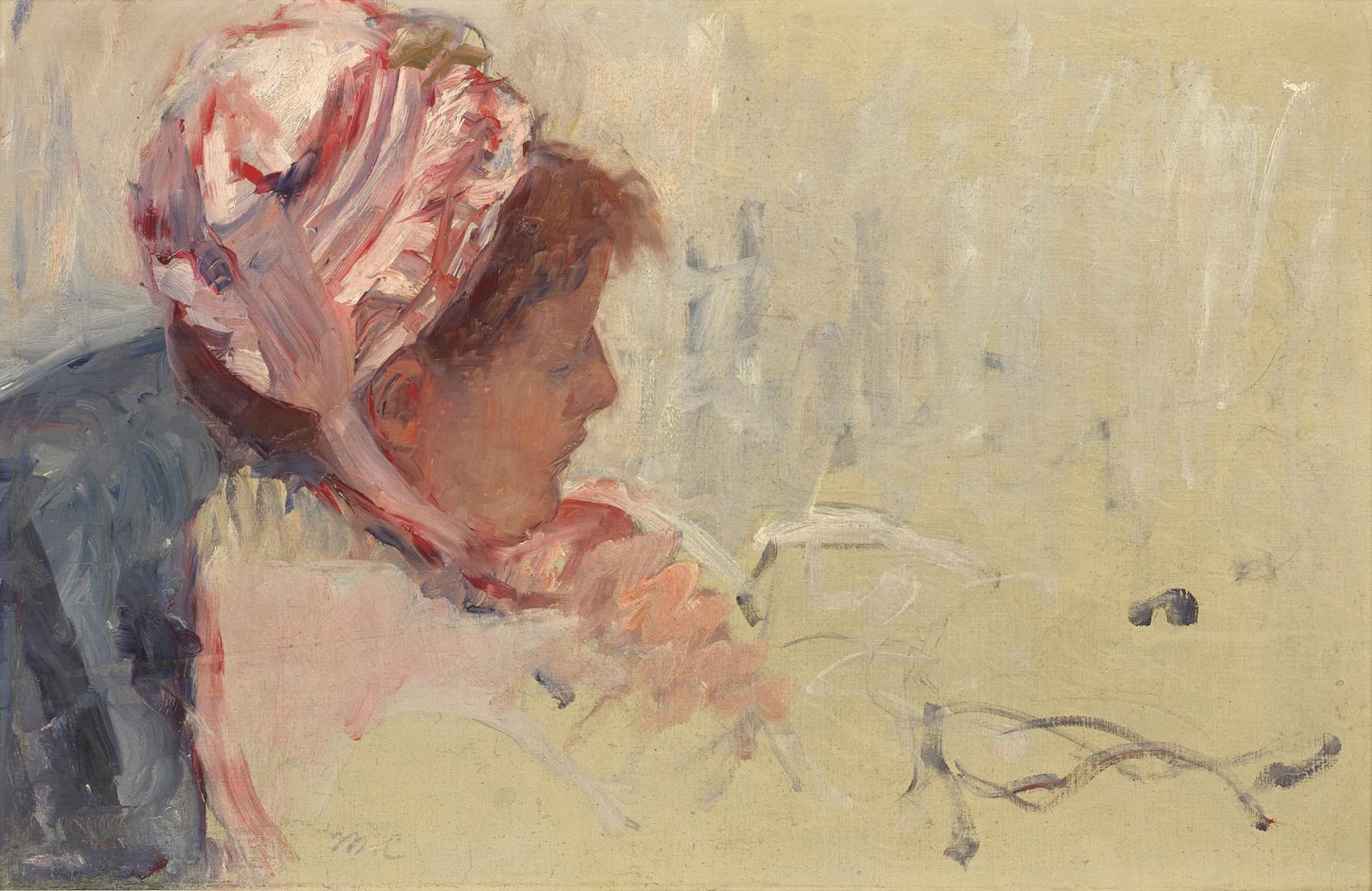 While her works with a palette considered too bright were rejected by the Paris Salon, in 1879, Degas invited Mary Cassatt to participate in the fourth "Exhibition of Impressionist Painters". There she exhibited her Lydia dans une loge, portant un collier de perles (Lydia in a Dressing Room, Wearing a Pearl Necklace) (Philadelphia MBA). Lydia, her sister, had just moved to Paris, already cognizant of her liver disease. During the years over which this study was created, Mary’s older sister came to be at the heart of her work. It is Lydia’s profile that is sketched in this study — here, her technique is also incredibly visible to the viewer. As a result, the artist’s radical style is what is most conspicuous in her relationship with her subject: the model doesn’t pose, instead remaining unconscious to our presence. In this portrait of the contemplative Lydia, there is a sense of voyeurism, of stolen intimacy, an effect supported by the general air of spontaneity.

A virtuoso of swiftly applied flat tints, Mary Cassatt also painted her backgrounds quickly — these are often very much overlooked. The study, probably first displayed as The Cup of Tea in the Metropolitan Museum of Art in New York, was spotted and bought by Ambroise Vollard before entering the collection of Raoul Bouchara, a member of the textile dynasty, and it has remained in his family to this day. The Cup of Tea oscillates between portrait and genre scene, since the central subject could be read to be Lydia, the model, or as the English ritual adopted by the upper echelons of the Parisian Bourgeoisie. The latter subject appears regularly in works from this period; Le Thé (The Tea, 1880, Boston MBA) revisits this moment of conviviality, a time for confessions and for indiscretions. Mary Cassatt made the most of the relaxing of norms in Paris in order to play with codes, to the extent that her work has become difficult to categorize. In museums in the United States, she is found as often among collections of American art as she is among collections of, usually impressionist, French art. A friend of Berthe Morisot, Mary Cassatt had established herself as the fourth woman member of the Impressionist group, alongside Eva Gonzalès and Marie Bracquemond. But she remained an anomalous character in the group. Like her mentor Degas, she was not all that interested in landscapes. Her 1,100 paintings and pastels are dominated by portraiture, especially this pale-skinned, auburn-haired sister who died in 1882, shortly after this study.

A Snapshot by Mary Cassatt

Mary Cassatt the Franco-American
Newsfeed
See all news
David Hockney’s Design for the London Subway Is Mocked Mercilessly Online
Mixed-Media Artist Robert Longo to be Represented by Pace Gallery after Metro Pictures Closure
Submissions Open at ETH Zurich for Scholarly and Experimental Articles
Latinx Art Expert E. Carmen Ramos is Appointed National Gallery of Art’s Chief Curator
Not to be missed
Spotlight
Monet's Impressionist View of Dieppe
Monet uses subtle variations in light to depict this town in Normandy,…
Spotlight
Seurat at Work
A fine discovery is up for sale with the Beaussant Lefèvre auction…
Spotlight
Faience Ducks in the Marseilles Style
In the 18 th century, the talented Joseph Fauchier made the southern…
Spotlight
The Dark Eye of Odilon Redon: Dreamer of the Infinit…
Four drawings by Odilon Redon, bought by Louis-Charles Libaude at…