Man With a Pipe: A Painter's Etching by Van Gogh

The meeting between the painter and Dr. Gachet was brief but crucial to the history of art, as this etching attests. 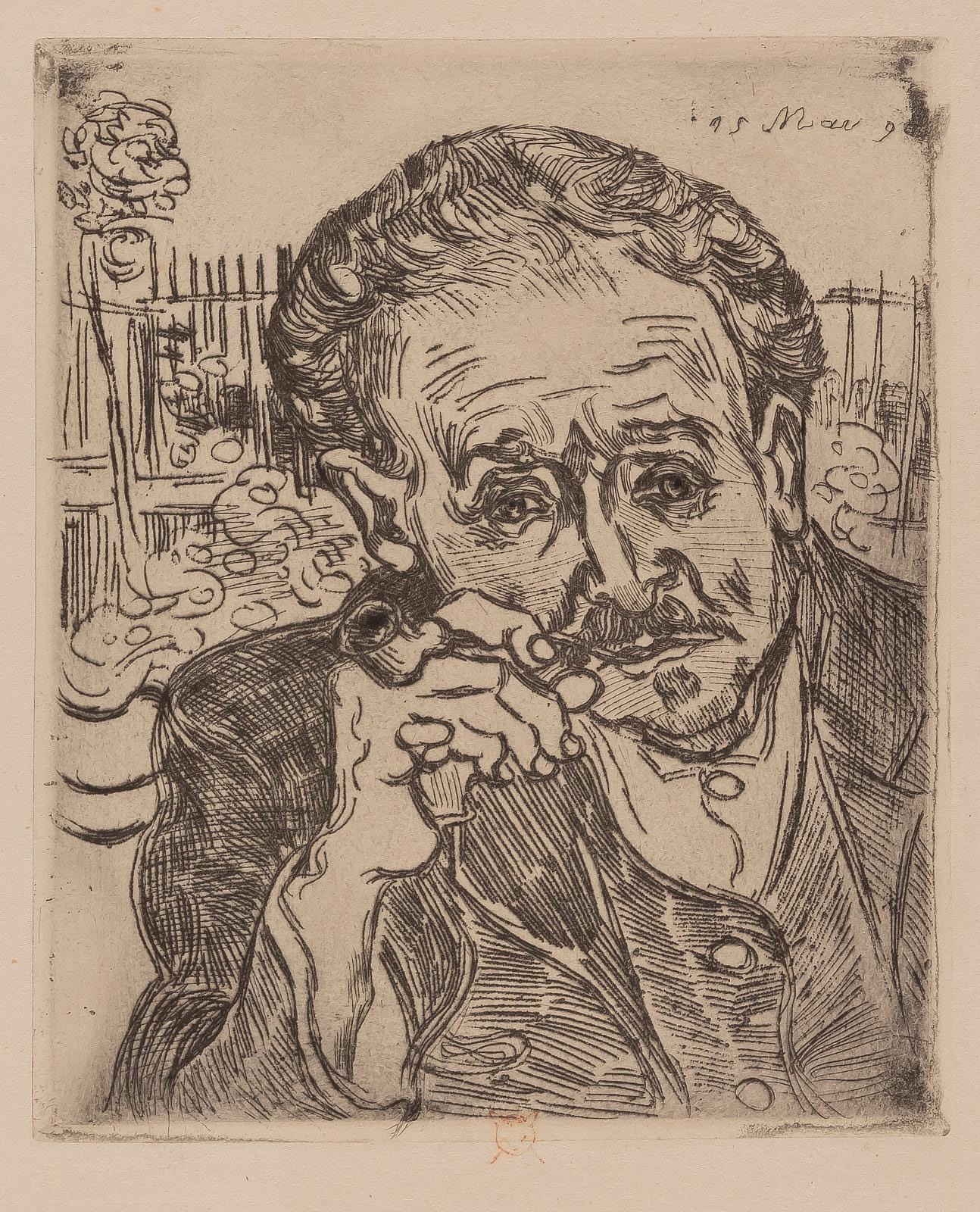 Dr. Gachet (1828-1906) introduced Van Gogh to the technique of etching and copper-plate engraving. This same portrait of Man with a Pipe, but printed in sanguine, was sold at the same auction house on May 12, when it fetched €204,800. This one, a drypoint and etching proof in black, was estimated at a much lower price but achieved almost the same level, at €198,400. Significantly, the print bears the red cat stamp of Dr. Gachet—recognizably the model of its subject—as well as a handwritten annotation on the back by his son Paul stating: "Man with a Pipe (Dr. Gachet)/Single etching by Vincent Van Gogh./Auvers. 25 May 1890", providing twofold proof of provenance.

The ever-eulogistic Theo Van Gogh described this test as a true "painter's etching", and spoke of "drawing on metal". There are 61 known prints of the subject: fourteen by the artist himself, and the rest by the good doctor, friend to people and cats. In his famous portrait in the Musée d'Orsay, although not depicted with a pipe, he has the same melancholic attitude, reflecting "the despondent expression of our time", as Van Gogh wrote.

François Gérard, a Neoclassical History Painter
Not to be missed
Lots sold