Man Ray made many sculptures in the Surrealist spirit, including a strange display case featuring some sensual fruit. 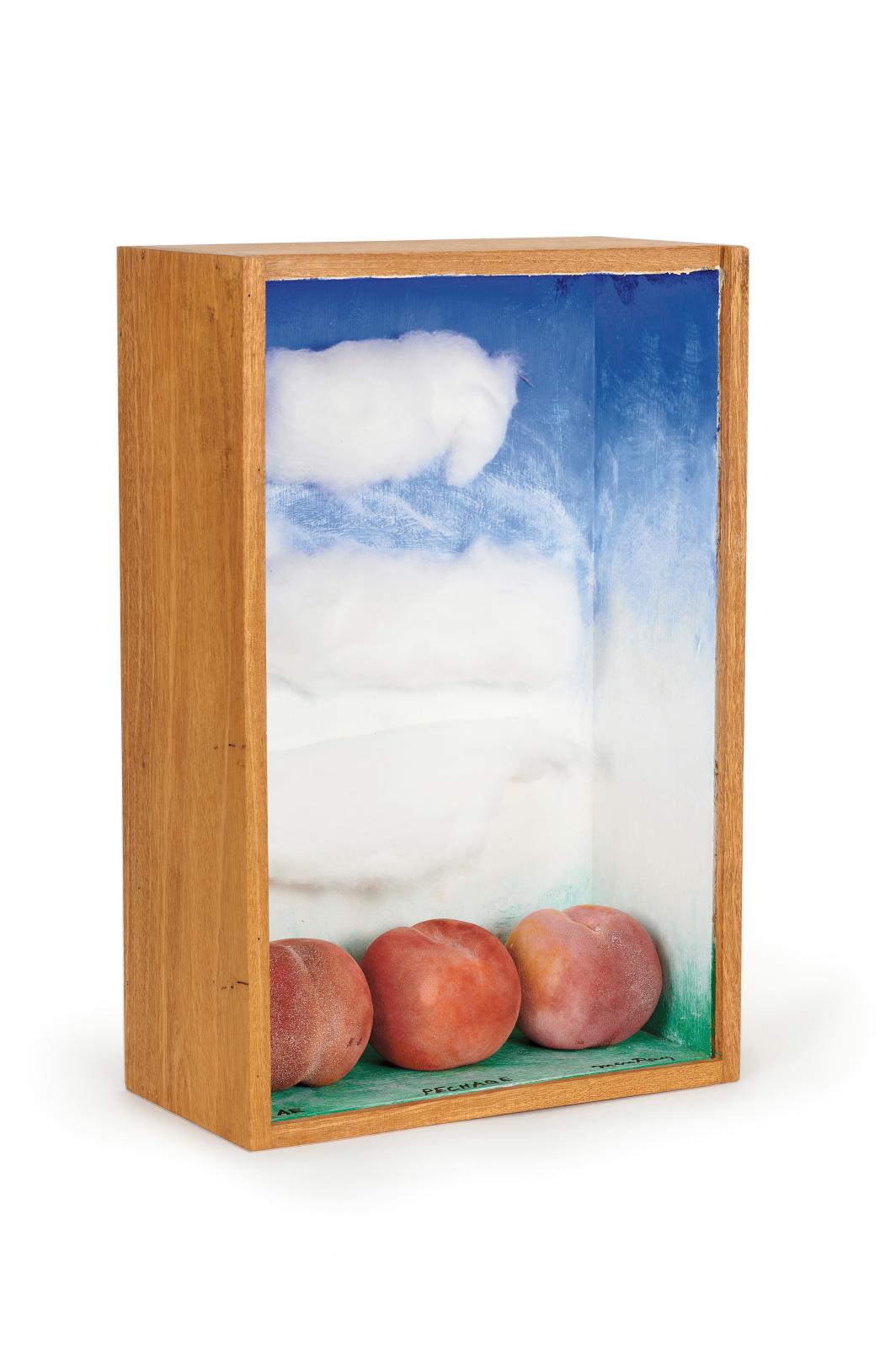 Three peaches are featured against a painted sky background with cotton clouds in a glazed box: this puzzling trompe l'œil landscape is a cross between sculpture and an object of curiosity. Entitled Pêchage, the hybrid artifact is not the best-known work by Man Ray, who is more renowned for his solarizations, rayograms and iconic photographs, including Le Violon d'Ingres and Glass Tears. But he also made three-dimensional objects. His early career was marked by a Dadaist spirit, for example Boardwalk, a panel with composite parts made in 1917, when he still lived in New York, and By Itself, a sort of primitivist totem from 1918. Pêchage, which was created much later, in 1969, marked a turning point. Man Ray became interested in volume again, rebuilding his early lost constructions and designing new ones, especially boxes displaying artificial fruit. In the tradition of Surrealist puns, the title may be the contraction of "pêche" (“peach”) and "paysage" (“landscape”) to perfectly describe the concept. Art critic Arturo Schwarz tried to decode the deep meaning of this choice in his monograph on the artist (New York, 1977). According to Schwarz, it may also refer to a new golden era, the age of the peach ("pêche-âge"), a fruit symbolizing immortality in the Asian tradition. Man Ray made limited editions of several symbolic sculptures with double meanings like this in collaboration with Turin’s Il Fauno Gallery. Nine copies of Pêchage were made in 1972, in addition to three of the artist’s proofs, including ours, from the Lucien Treillard Collection. Treillard, a loyal friend of Man Ray’s and his principal assistant, had put together a collection dominated by pieces by the iconoclastic artist, including other examples of these boxed forbidden fruits: Les Trois Pêchés (The Three Sins) from about 1969, and La Poire d'Erik Satie (Erik Satie’s Pear), made in 1973. Edmonde Treillard, Lucien’s widow, is putting part of this fantastic collection up for sale at auction, an exceptional opportunity to rediscover the master’s objects alongside his original photographs, prints and portfolios.