Make Way for the Orléans!

Versailles is seeking to move away from its Bourbon-centric image to shed light on the transformations of the 19th century. 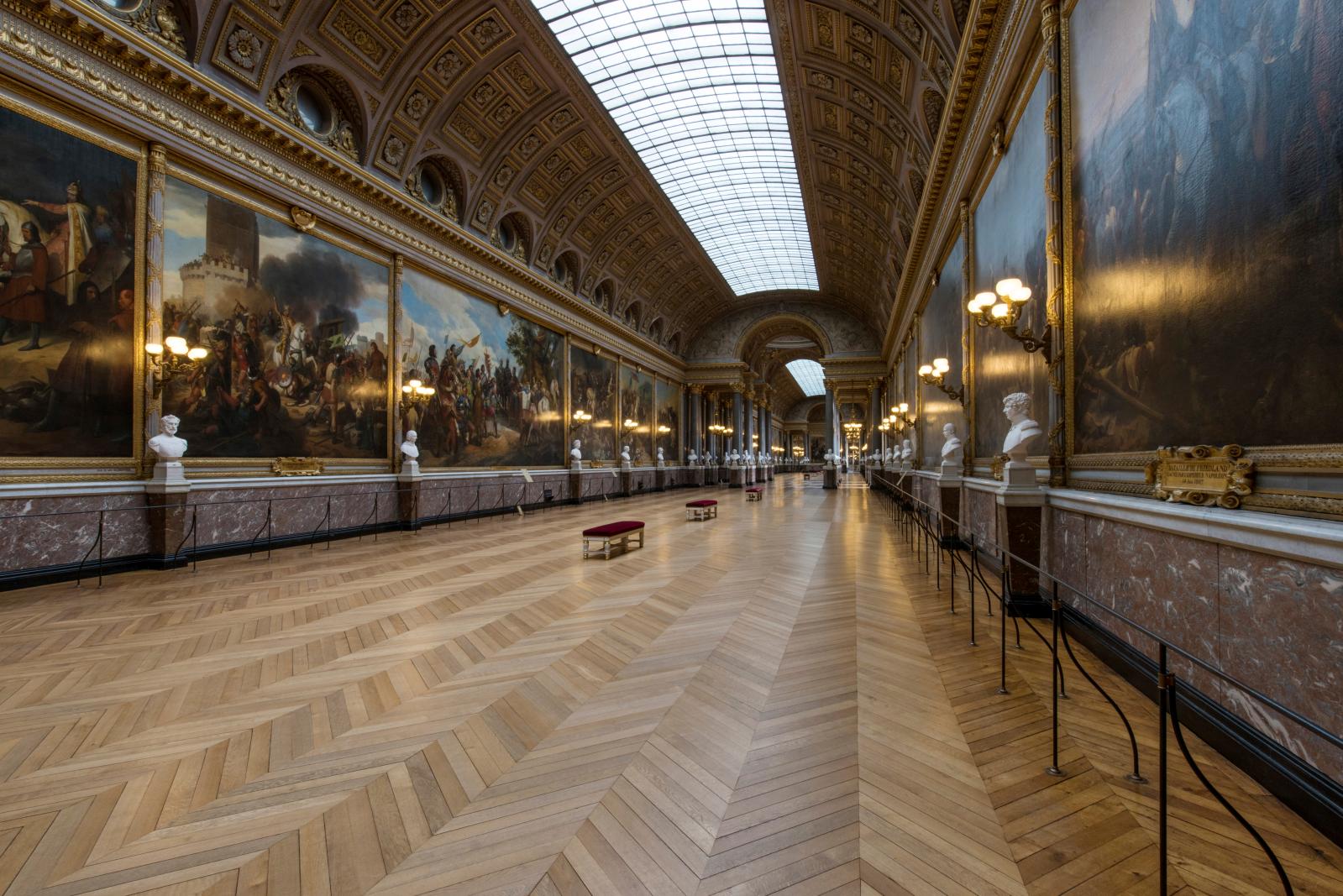 We want to show another Versailles, emphasising how far the reign of Louis-Philippe d'Orléans transformed the palace and our history." Catherine Pégard's words might be wishful thinking, because the collective imagination has long seen the monument as the sacrosanct mausoleum of Louis XIV and Marie-Antoinette. But the president of this public institution is nonetheless pulling out all the stops, with an exhibition and a huge refurbishment programme designed to restore credibility to the July monarchy (1830-1848) and the 19th century in general.

After Louis XIV
The idea of extending the chronology of the palace's occupation after the Sun King is by no means new. In 2010, Béatrix Saule, director of the Musée National des Châteaux de Versailles et de Trianon, gave fresh visibility to the French Republic's work on it after the war, with General de Gaulle's overhaul of the Trianon-sous-Bois wing. "Versailles should not be frozen for ever in the Ancien Régime," says Laurent Salomé, who took over from Saule in January 2017. "Its history after the Revolution is longer than the period before it. This is why we are carrying out several different renovation programmes to highlight Louis-Philippe's influence on the palace's architecture and layout." Beneath the tip of the iceberg, the exhibition "Louis-Philippe and Versailles", lies an unprecedented extension of the visiting circuit. Thirty-two newly-renovated rooms in the 19th century galleries are now being unveiled to the public: the Africa Rooms, which haven't been seen for twenty years; those of the Directory and Consulate periods; the Crusade Rooms (with their somewhat surprising incursion of neo-Gothic decoration into the distinctly Baroque palace), the Battle Gallery, the 1830 room and that of 1792, with its portraits of French military heroes. The rediscovery of period lamps in the Château de Pau has returned contemporary lighting to these areas, while AXA and Plastic Omnium have sponsored the complete restoration of the Coronation Room's decoration, which once again resembles the glorification of Napoleon I by Jacques Louis David (1748-1825) and François Gérard (1770-1837). Further work involves the gradual restoration of the "Stone Gallery" circuit with its 80 sculptures on the first floor of the Midi wing, reflecting the political history of the Ancien Régime.

Restoring a Balance
The second part of the refurbishment programme is focused on the Grand Trianon. In 1835, eager to move in to keep a close eye on the progress of his French History Museum in the main body of the château, Louis-Philippe began transforming this simple summer home into a functional residence sporting all the mod cons of the time, including heating stoves in the basement. This history is being revived through the still ongoing major refurbishment of the King's study in the former royal kitchen wing, the reigning couple's ceremonial apartment in the former apartment of Empress Marie-Louise, and the family drawing room in the first apartment of Louis XIV. The King liked to keep furniture from the previous reigns (like the Duchesse de Berry's bed and the King of Rome's commode from Rambouillet) as well as introducing modern pieces designed by the cabinetmaker Jacob-Desmalter (1770-1841). "We want to find a balance between the occupation of Louis XIV, the now excessive evidence of Napoleon's time there and the too-quickly overshadowed presence of Louis-Philippe," says Laurent Salomé. With an additional 4,656 square metres open to the public, the extension of the circuit is remarkable – but it involves moving the temporary exhibition spaces (hitherto housed in the Africa and Crimea Rooms, with their hidden decoration) and above all depends on the staff available. Since 2010, the establishment has lost the equivalent of 34 permanent full-time jobs, while the rules for security, reception of the public and visiting areas have become ever-more stringent.

Deliberately Low-key Mediation
Despite these difficulties, the work put into opening up the palace is unprecedented, refocusing on a somewhat neglected figure in its historiography. "Although he was modern, his reign has always been overshadowed by Napoleon III's. I think Louis-Philippe suffered from his role in colonial expansion," says Catherine Pégard. "Today, we have enough distance to provide a snapshot of the period without entering into the ideological message conveyed by these exotic battle images. To do this, we need to avoid anachronism and re-situate the works in their history." But there lies the rub: the Africa Rooms contain monumental colonial frescoes of the conquest of Algeria; those of the Directory and the Empire glorify military conquests, while the Battle Gallery, designed as a counterpart to the magnificent Hall of Mirrors, illustrates an imposing 100-metre-long "digest of our military history" from Tolbiac in 496 to Wagram in 1809. How can this nationalistic propaganda be dealt with? Mediation has its uses when reduced to its simplest expression, particularly in a palace visited mainly by foreigners who don't know much about France's history. Laurent Salomé assumes responsibility for this standpoint: "It's easy to take a critical distance nearly two centuries after the July monarchy, and this happens quite naturally when you enter the château, which is positively groaning with history. I'm a great believer in letting objects speak for themselves. These rooms show the spectacle of war in all its absurdity." For now, we are only at the beginning of a process turning the spotlight on Louis-Philippe at Versailles.