Some exceptional bids were placed with the Oxio Auction House sale in Saint-Ouen, France, that took place on Sunday, September 18, in particular for the works by Mai-Thu and James Barry. 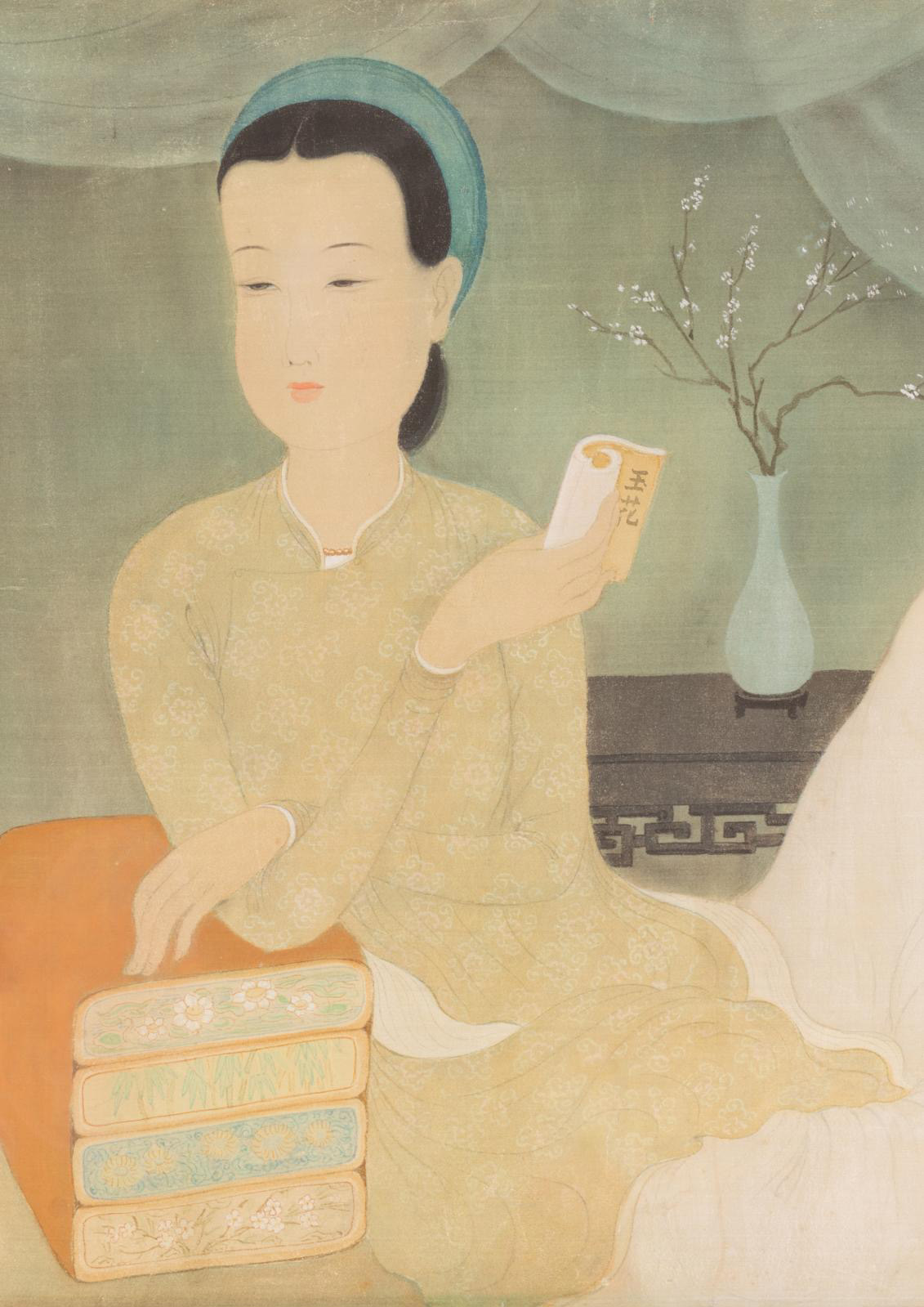 The €9,795 paid for a Cambodian silver piastre with the effigy of Norodom I (1860-1904), despite its superb condition, was not enough to acquire Mai-Thu's ink on silk work (see photo). The Vietnamese artist, who lived in France for nearly ten years, never ceased to produce ideal images of his native country. This 1943 Jeune femme lisant (Young Woman Reading) fetched €425,040. With the nonchalance and delicacy typical of the graduate from the Hanoi School of Fine Arts, this silk painting encapsulates everything that makes his works so sought-after.

Also worth noting is the €103,040 winning bid placed for the brown ink and wash on paper by James Barry (1741-1806). This artist, little known on this side of the Channel, was one of the leading figures in British Romanticism, who is said to have influenced William Blake and was also a worthy representative of the 18th-century neoclassical movement. Philemon Conversing with Xenocrates (51.5 x 69 cm/20.3 x 27.2 in) was created in this vein and set both a French record and a world record for a work on paper by the artist (source Artnet).

Floral Mai-Thu and Blanc de Chine
Newsfeed
See all news
Paris: Open House at the Père Lachaise Workshops
Preemption: Romanelli's "Justice" Is Heading the Musée du Grand Siècle
A Diamond Cross Pendant Fetches €673,100 at Drouot
London: Will the "Portrait of Omai" Enter the Collection of the National Portrait Gallery?
Not to be missed
Lots sold