The director of the Department of Islamic Arts at the Musée du Louvre reveals what is at stake with 18 exhibitions deployed throughout France to show the public all the beauties of this civilization. 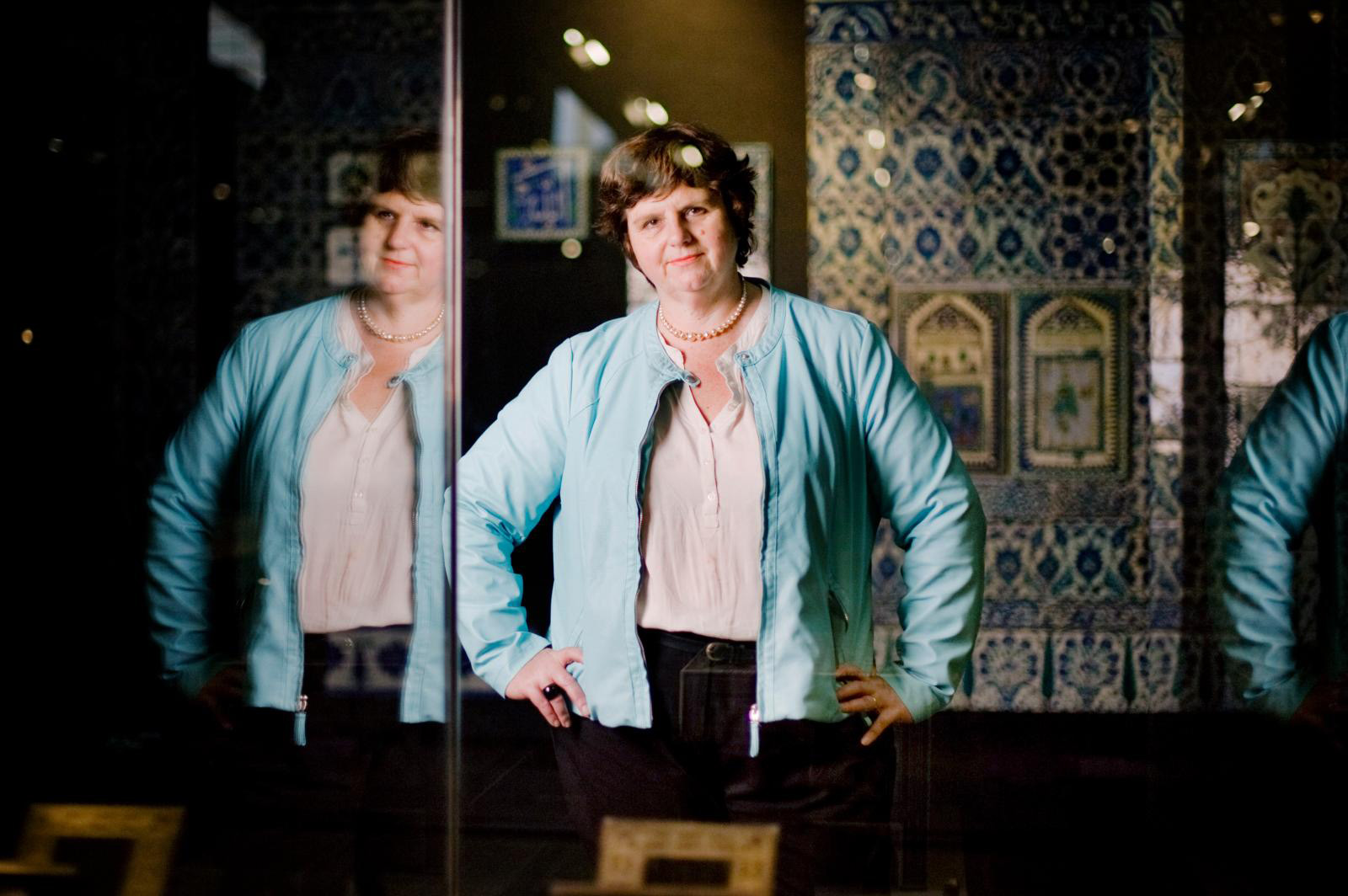 In 2003, President Jacques Chirac expressed his political determination to bring a new civilization to the Louvre, as both a symbol of cultural dialogue and a means to combat the social divide in France. When it was created in 2012, the Arts of Islam thus became the museum's eighth department. A specialist in the Eastern world who joined the Louvre in 2004, Yannick Lintz took over from Sophie Makariou in 2013, aware of what her position represented in an international context, with the rise of radical Islamism and Islamophobia. She explains "that obviously we are here to study and enrich the collections, but also to revitalize and promote this heritage throughout the country, convinced of the importance of Islam in the coming years. I like the sense of social utility. With the project "Arts of Islam: a past for a present", I feel the civic responsibility aspect deeply."

How did this highly ambitious program come about?
I organized a symposium at the École du Louvre in 2016, in order to create the Réseau d'Art Islamique en France (Islamic Art Network in France). This enabled us to map collections in all of France's museums, and we used the study to draw up a list of partner cities for the project. I was sure that my department could set up a nationwide event casting Islamic civilization in a different light. I had worked on the idea of an exhibition at the Grand Palais, but there was no political support for it. The subject came up again at Matignon's request, after Emmanuel Macron's speech in Les Mureaux in October 2020 [on the fight against separatism—Ed.] The Prime Minister asked me to think about a national event that would change people's perceptions and raise awareness throughout the country at the same time. It was becoming urgent to escape the confines of the immediate situation, and rediscover the beauty of the art of Islam. The letter for the commission arrived on December 23, 2020. Co-organized by the Louvre and the Réunion des Musées Nationaux-Grand Palais, the exhibitions were inaugurated on November 18, less than a year later.

How did it all take shape?
We needed a national network for the project to make sense, because if we wanted to reach people who don't normally go to museums, we had to get as close to them as possible. The €4 million budget provided allowed for 18 projects, which had to be chosen. The idea was to move into cultural venues and enrich the regional collections, complementing them with objects from the national collections. We also needed to appoint 18 co-curators to develop a common narrative and ensure that the selection reflected the wishes of city councilors, thus bringing together the political, the cultural, a location and a person. I started off with the map of the 2016 symposium. I had to abandon certain venues, but I discovered other important collections.

Then we needed to invent a model. I was convinced from the start that quantity would add nothing to the magic of the event. So we decided to show ten masterpieces at each of the exhibitions, where the selection would further various objectives. Firstly, to demonstrate the cultural diversity of Islamic art, by challenging the notion of purely Arab Muslim art to include India, Iran and Turkey. Secondly, we needed to show that it is an art of civilization, like Europe's, not solely a religious art, and thus provide a balanced mix of the secular and the image. We also needed to choose works for the story they tell—how they made their way into France, and how they belong to a common heritage: the result of exchanges between East and West. Finally, contemporary art was to be included, to show the seamless continuity in the history of Islamic art from its origins to the present day. This series aims to reach out to a young audience: if it is to speak to them, they need to feel a sense of pride. The beauty of the arts of this civilization has also nourished that of our own, and we have a duty to remind them of this.

How did you choose from the thousands of works in the national collections?
My great advantage was that I know them well. I set up a nine-strong scientific committee to consider this aspect. We also had to establish a perfect balance between national and regional collections. There are 210 works in all, spread over 18 cities, 60 of which come from the Louvre. They were on display there, I didn't pick them out of the reserves... All these pieces tell us something. Take the rock crystal ewer from the Gothic Abbey Church of Saint-Denis: it is typically an object made in Egypt in the 11th century from a block of Madagascar crystal, which entered the treasury of the church. Church treasuries are a collection of precious objects produced elsewhere and repurposed, and are in their own way some of the finest museums of Islamic art in Europe. These objects are made of ivory, precious metals, fabrics, and so on. If you look at liturgical vestments, you will see that the chasubles are made of silks from Iraq, Morocco and Arab-Andalusian Spain. All these objects are cultural hybrids. We have now forgotten how intense commercial relations in the Mediterranean were during the medieval period, between the Ottoman Empire and the princes of Europe. We have also forgotten about all the great travelers present in Persia from the 17th century onwards. All this tells of an old story with deep roots. It's vitally important to say that nothing is new: on the contrary, everything is part of a long history.

What approach was used to display the works?
I wanted a "Louvre quality" setting to exhibit them. The exhibition design had to be identical in every venue, and it had to be conceived with an immersive section, hence the projection of a film, subdued lighting and benches where people could sit and absorb it all. As this project only makes sense if its message is conveyed effectively, naturally particular care has been given to cultural outreach and the pedagogical aspects. Local players are crucial in this respect; they need to have all the necessary tools for transmission. Their training is essential, and they need to own the project—hence its presentation to associations, religious leaders and Muslim community leaders. Here again, it's fairly original: it's not the usual parachuting in of something from the outside, and I admire the extraordinary commitment of the Ministry of Education.

It is probably too early to make an initial assessment, but what are your first impressions?
I am delighted that the project's appeal has taken precedence over political issues: among the mayors of the 18 cities selected, we find most are committed. The international press is very responsive to our initiative, especially in the Arabian Peninsula, where UNESCO has played its role as an intermediary. These exhibitions are a tool for approaching Islamic civilization in a new way.

I am not promoting ideology, but a universal cultural message. The first successful aspect of the project is the collective spirit underpinning it. I feel that, everywhere, it is appreciated for its cultural and educational dimension: the two values that will help us lay a foundation. If young audiences attend with their teachers, it will be a success. You can't create a revolution of awareness with an exhibition, but if you manage to create a spark of curiosity and interest in a few people—and this is the teacher in me speaking—it's a victory!

Les Oeuvres Choisies – An Exhibition Not to Be Missed
Newsfeed
See all news
Major KAWS Exhibition Opens at Serpentine and on a Video Game
Master Drawings New York to Go Ahead
Despite Tax Haven Links, Dutch Government Agrees to Buy Rembrandt for $175M
Claire Lilley Named Yorkshire Sculpture Park Director
Not to be missed
Interviews