His renovation of the Tuileries Garden in 1990 made him a household name in France. In thirty years, the French landscape gardener has designed some three hundred gardens, trying to protect them from a noisy world. 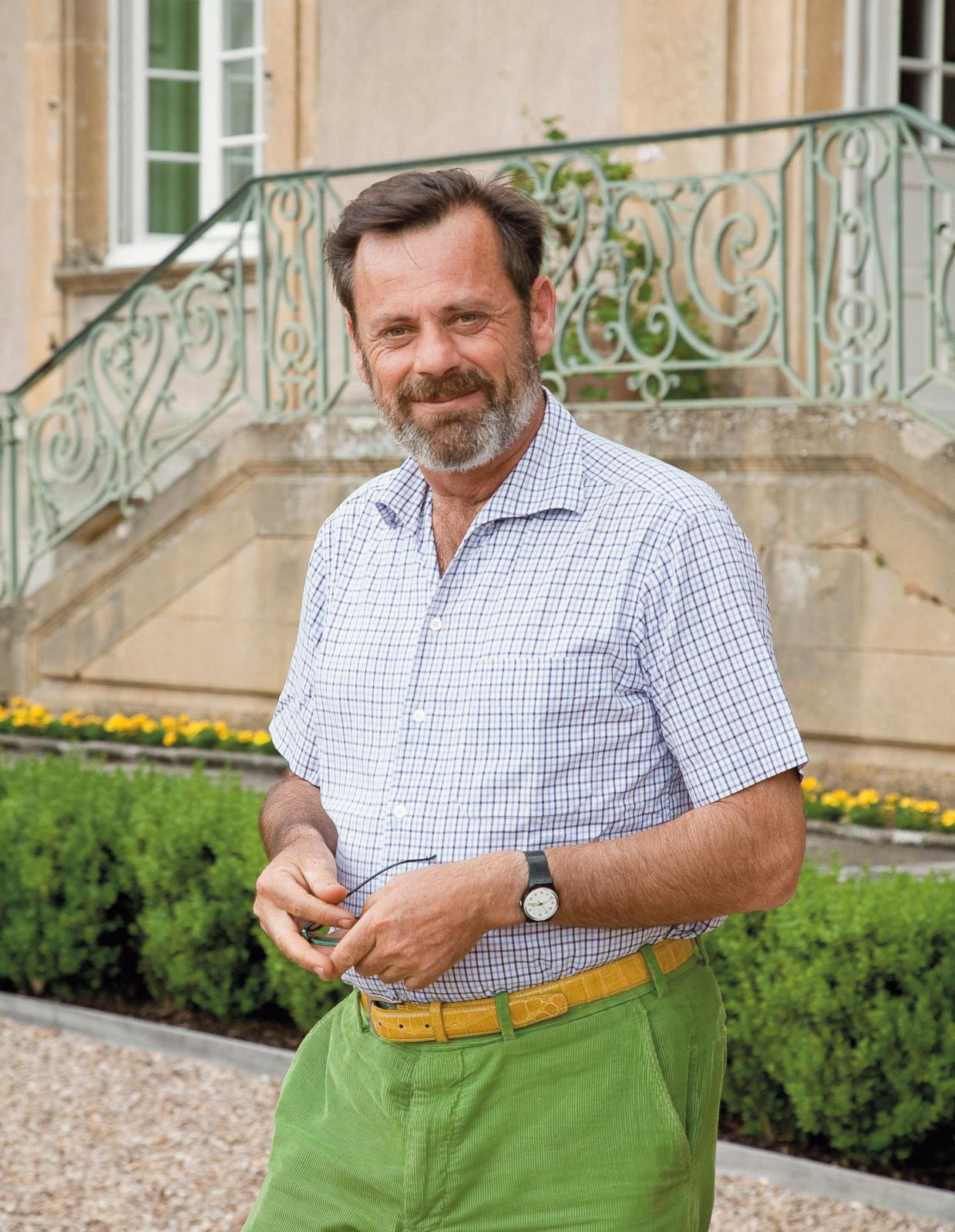 How do you approach work on a historic site?
I absorb the place, immerse myself in the archives and talk a lot with the people who live there. For instance, at the Château de Pange, near Metz, I listened to the owner for a long, long time: the site had been ruined for decades, but he knew the history of it so well that I could imagine and then recreate its physiognomy. For the Water Theater Grove at Versailles, I first tried to grasp the concepts behind its construction in 1671. And as the competition did not give too many guidelines, I was able to give free rein to my own reinterpretation. But my stomach was in knots following in the footsteps of André Le Nôtre (1613-1700)!

Is André Le Nôtre one of your models?
For me, he is the greatest landscape designer of all time, an illusionist of perspective with an extraordinary feeling for levels. This is particularly visible at Vaux-le-Vicomte, where everything is based on trompe-l'oeil and the opposition of proportions. Closer to our times, I really admire British landscape gardener Russell Page [20th century – Ed.], for his informal gardens, with blurred effects that are precisely organized.

What inspires you?
It might be the memory of an opera production or the setting for a play. I remember Phèdre, staged at the Ateliers Berthier, in Paris, by Patrice Chéreau, with a stage design by Richard Peduzzi: there was a series of doors that were slightly offset, rather like an avenue dancing. This deliberate imperfection was interesting and got me thinking. My inspiration comes from an image, which becomes a vision.

How did your aesthetic sensibility develop?
Perhaps during the countless cultural visits my parents organized for my brother and me. As an architect, my father happily shared his enthusiasm, especially for the works of Le Corbusier... which left me completely cold. On the other hand, I loved staying in the homes of family friends. In the summer, setting off on holiday, my grandmother would stop off at her cousin's, Aunt Nona, whose grandson is Henri Carvallo, the current owner of the Château de Villandry—I returned there with delight many years later to design the Sun and Cloud Gardens. In the autumn, we would visit Louise de Vilmorin [a French writer and poet who died in 1969 – Ed.]. My mother would sit and have tea with her friend, while the children were sent to the vegetable garden. There was an umbellularia californica (California Laurel or Bay tree) there, whose smell intoxicated me... I was lucky enough to get to see a lot of beautiful houses, whose gardens were full of soul. This undoubtedly encouraged my sensibility and my imaginative bent. But it was a stay at a boarding school in England that made me really want to work with nature. Every afternoon, I would escape from the cricket matches to help the gardener "sort out" the rhododendrons. I loved cleaning, weeding and getting down on my knees in the soil. My dream was to become a forestry engineer. But I got terrible marks in math and physics, so I decided to study law.

But it's a long way from law to botany!
Well, I did write a dissertation on plant protection! It was consoling to be in contact with Latin names. And then, during these years, I visited arboretums, learned the names of plants, joined associations, and so on. On a friend's advice, I ended up applying to Hillier, the great English nursery. I joined as a horticultural worker, and stayed for two years. I learned everything there. When I came back, I became a gardener at the Piencourt stud farm in Normandy with Loel Guinness, who introduced me to his friends. And that was how my career began.

What links do you have with the art world?
I have been lucky enough to rub shoulders with many artists, including some legendary figures, such as Balthus (1908-2001), whom I used to visit in Rossinière, or Lucian Freud. Thanks to François Pinault, I also met César, Eduardo Chillida, Richard Serra, Jeff Koons... They came to La Mormaire, the Pinault's property in the Yvelines, west of Paris, to install their works in the park dedicated to contemporary art. Together, we tried to find the place where their work would be best suited. Some wanted to be as close as possible to the house to be seen by the owner, having an emotional relationship with their creation, while others did not really care. Sometimes an artist was given carte blanche, like Richard Serra, who created a kind of embroidery in Corten steel designed for a specific site. I have vivid memories of these artists: César, truculent, Jeff Koons, a devil of a marketer who was so likable he could make you bend to his will! These encounters were a gift.

Is a landscape gardener an artist?
No. An artist is free, whereas a landscape gardener works with endless constraints linked to the site's topography, the quality of the soil, the climate, how much sunlight there is, the existing plants or architecture, the owner's wishes, and above all, their ability to take care of the garden. I try to do the best I can with all this. Of course, I have my little obsessions: grass paths, scented rooms where the sense of smell is tickled by the perfume of the flowers, and meadows sown with buttercups, daffodils and daisies. But I adapt to whatever is there, which has earned me the nickname "chameleon gardener".

Where does your taste in art lead you?
My tastes are unquenchable! It doesn't matter what media or period. What counts for me are the emotions I feel. I love drawings, from Rubens' sanguines to Tiepolo's sketches. In painting, I love portraits, especially those of Nicolas de Largillière for the 18th century or the English artists of the early 19th century, who have an astonishing mastery of detail, expressiveness and color. I am deeply moved by certain 15th-century paintings, such as those of Hans Memling, with those blue backgrounds that are sometimes found in the eyes of his characters. I am also enchanted by the romantic charm of some of Arnold Böcklin's paintings, such as The Island of the Dead, painted in 1886. There are no rules for artistic tastes: you walk through a museum or an exhibition and you suddenly stop in front of a work. I love all periods and am very curious about what contemporary art has to offer. Discovering Olafur Eliasson's luminous specters at the Tate Modern was an almost physical shock. I had the impression of being weightless.

When you work with artists, how does the collaboration work?
Simply, by intuition. To create the Water Theater Grove at Versailles, I decided to take a child's perspective. I entrusted the creation of the fountains to Jean-Michel Othoniel, because his works radiate a touch of magic and dream. When I brought him on board, I knew what to expect and I left him in peace. The next step was just as intuitive: while in residence in Boston, Jean-Michel Othoniel came across a work by the French dance notator and choreographer Raoul Auger Feuillet (1660-1710) dating to 1701, in which depicted the king's dance steps. This is where the watercolor sketches for his three sculptures came from: L'Entrée d'Apollon, Le Rigaudon de la Paix and La Bourrée d'Achille. He transformed these three ballets that Louis XIV had danced into pearls of light. When he told me what he had found, I wanted to kiss him!