Abel-Truchet's painting depicts the capital's wild nightlife with a ball full of nudity that smacks of a Happening… The good news is that complements the rich collection of the Paris museum that just bought it. 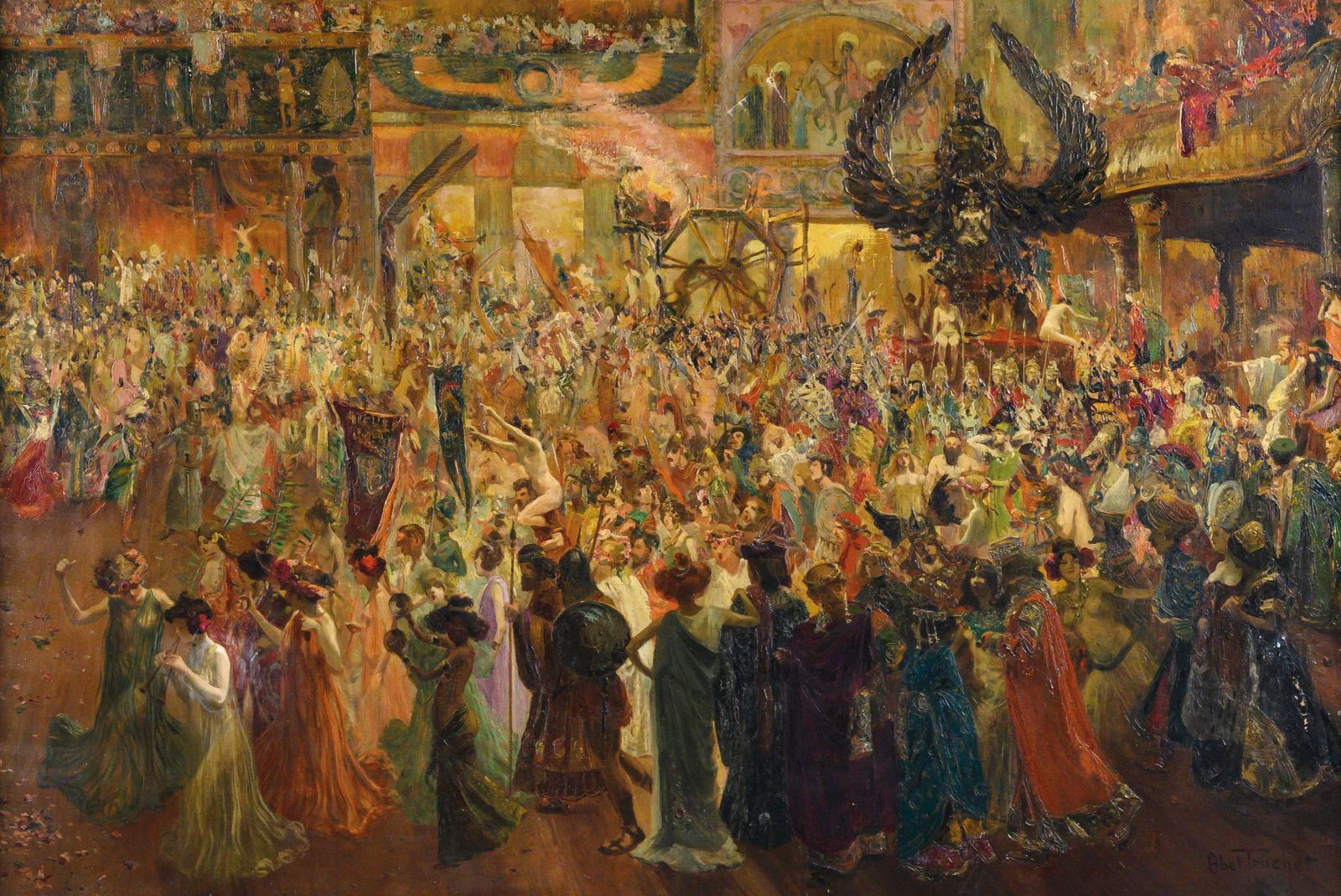 Although there was an illustrious precedent recently with a certain Caravaggio, the event is rare enough in the auction room to warrant attention: a major painting is withdrawn from the sale it was due to appear in, and sold privately. This remarkable work is the Bal des Quat'z'Arts depicted around 1903 by Louis Abel-Truchet (1857-1918) and exhibited at the Salon of the same year. Initially proposed by the R&S auction house in Marseille on Friday, June 12, it was bought for €59,408 by the Musée Carnavalet in Paris, and will soon be joining the museum, currently undergoing renovation.

An Outstanding Work
When the painting was presented by its sellers to Yonathan Chamla, the auctioneer was immediately struck by its museographic interest because of the scene depicted: the famous student "ball" that was long the talk of the town. He took the initiative of contacting the Musée Carnavalet, guardian of memories of the capital's history, to offer it this record of one of the city's most celebrated 20th-century festivities. The suggestion was greeted with delight – for two reasons, as we are told by Anne-Laure Sol, the museum's head heritage curator: "The composition swells an already large collection of pictures of Parisian festivities. It also enriches a group of ten-odd paintings by Abel-Truchet, a marvellous chronicler of life in the capital's popular districts." The artist is certainly well represented in the Carnavalet with his views of the Butte Montmartre, the boulevards and the Place Clichy, including a remarkable Gaumont-Palace lit up at night. Meanwhile, the painting here displays a dazzling post-Impressionist technique vibrant with dynamic comma-shaped strokes, which makes it uncontestably a masterpiece in Abel-Truchet's output. It just remained to convince the two administrative entities in charge of purchases to allocate a budget to the purchase: the City of Paris Municipal Acquisition Committee and the Regional Acquisition Committee, under the aegis of the Ile-de-France DRAC (cultural affairs department), made up of experts. They each gave their approval, and thus, in a remarkably short space of time, the transaction was concluded as a private sale for €59,408, including the buyer's premium. Meanwhile, the sellers of the Bal des Quat'z'Arts had also decided to play along, attracted by a proposal ensuring that their work would be admired by a broad public.

The Fine Arts' Drunken Gathering
The Bal des Quat'z'Arts was a major landmark in the festive life of Paris, and was part of the grand tradition of evening events staged by art students. It was first held on  April 23, 1892. There are very few depictions of these balls, but thanks to Abel-Truchet's panoramic view, we can see all the details of the 1902 event, which filled the main hall of the Moulin-Rouge. The art critic Gustave Kahn's description of 1907 in the review L’Art et le beau touches on the complexity of this colourful Bohemian world: "Abel-Truchet has summed up the Bal des Quat’z’Arts in delicious detail. Groups of little dancing girls in saffron tunics precede the heralds announcing the arrival of naked beauty borne on a shield of triumph, followed by a thousand extras in brilliant colours. He also excels at showing, in the surrounding bars […], the purveyors of love in their combat attire, wearing large mantles to cover their luxurious costumes, which they leave half-open." But we should also remember that the evening was organised by the students of a celebrated institution: the École des Beaux-arts de Paris, one of the few schools where female nudity was still prohibited at that time. In reaction to this regulation, the Bal des Quat'z'Arts made a point of highlighting the nude. The festivities began with a kind of parade in which each studio (painting, architecture and so on), after crossing Paris in a cortege, made its entrance in well-defined order.

Nudity and Social Transgression
The event featured a string of competitions, including for the best costume and the finest headgear. Then supper was served, after which dancers in costumes made their appearance, their clothing becoming increasingly scanty as the evening wore on. The event was punctuated with extraordinary sequences, like a parade of women riding their partners, and the inevitable nude model contest, which sometimes turned into a drunken revel. The themes most often refer to the distant Greco-Roman past; it is, of course, a matter of making fun of it, and through it, the venerable school on the rue Bonaparte is targeted. This year, 1902, for a change, the theme was "Antiquity apart from Greece and Rome". The room was decorated with Egyptian and neo-Babylonian elements and the participants sported see-through costumes inspired by the ancient East.  A sketch by Robiquet, published in Le Courrier français, also immortalizes the image of the orchestra's stage overhung by a grotesque sculpture, the Moloch de Salambo (sic). Eagerly awaited by both the artistic and social circles, this scandalous ball could be seen in retrospect, as a sort of total work of art or an early Happening before its time.