Karl Lagerfeld died on February 19, 2019, leaving behind a legacy as an illustrious figure in international fashion, as well as that of an artist, photographer, designer and draughtsman. 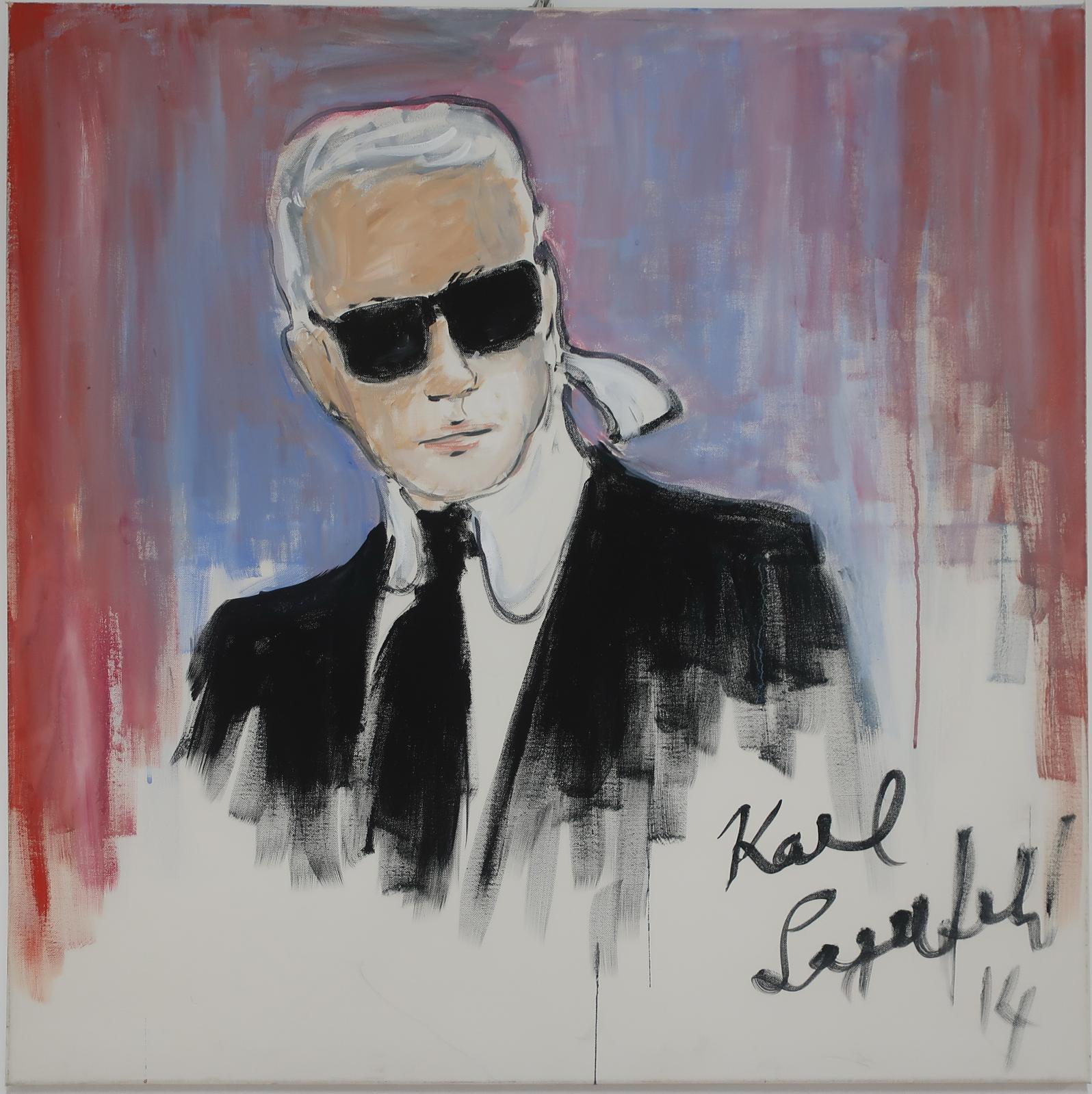 "I was born with a pencil in my hand; I always wanted to draw," said the German designer in a video based on this self-portrait, made in 2014 as a part of a happening organised for Madame Figaro's "Arty" special issue. The magazine had invited him to express himself on a blank canvas. The man, who had drawn since childhood, wishing to be a portraitist or illustrator, but with no specific training, chose himself as his subject. "It was what was easiest; I know myself my heart," as he explained. In a few minutes he produced this idealised vision in gouache on a large scale, which is unusual for this medium. Accustomed to covering entire pages with sketches every day, Lagerfeld expressed himself freely in this work where we find his silhouette with its black suit, black tie, white shirt and white hair. The contrast of black and white was a key feature of his smart, sober style (incidentally borrowed from Coco Chanel), not to mention the trademark dark glasses.

Print the article
Newsfeed
See all news
Three days dedicated to young people in precarious situations at the Palais de Tokyo
James Murdoch’s Lupa Systems will invest in MCH, Art Basel owner
The National Gallery, London, acquires its thirteenth painting by Camille Pissarro
Art Basel Miami Beach will take place as scheduled in December
Not to be missed
Pre-sale
Stilt fights in the Marchesas Islands
Essentially sacred artefacts, a pair of stirrups enabled combatants…
Pre-sale
The first steps of an accomplished artist
Jean-François Millet's art lay in transforming the everyday into…
Pre-sale
François Desportes and earthly delights
This still life by François Desportes making its auction debut illustrates…
Pre-sale
A choice selection from the Bouruet-Aubertot collect…
It is sometimes said that objects reveal their owners' personalities.…