This preparatory watercolor by Jacob Jordaens for the Hamburg Kunsthalle’s Deposition may correspond to a drawing mentioned in the immense Crozat Collection. 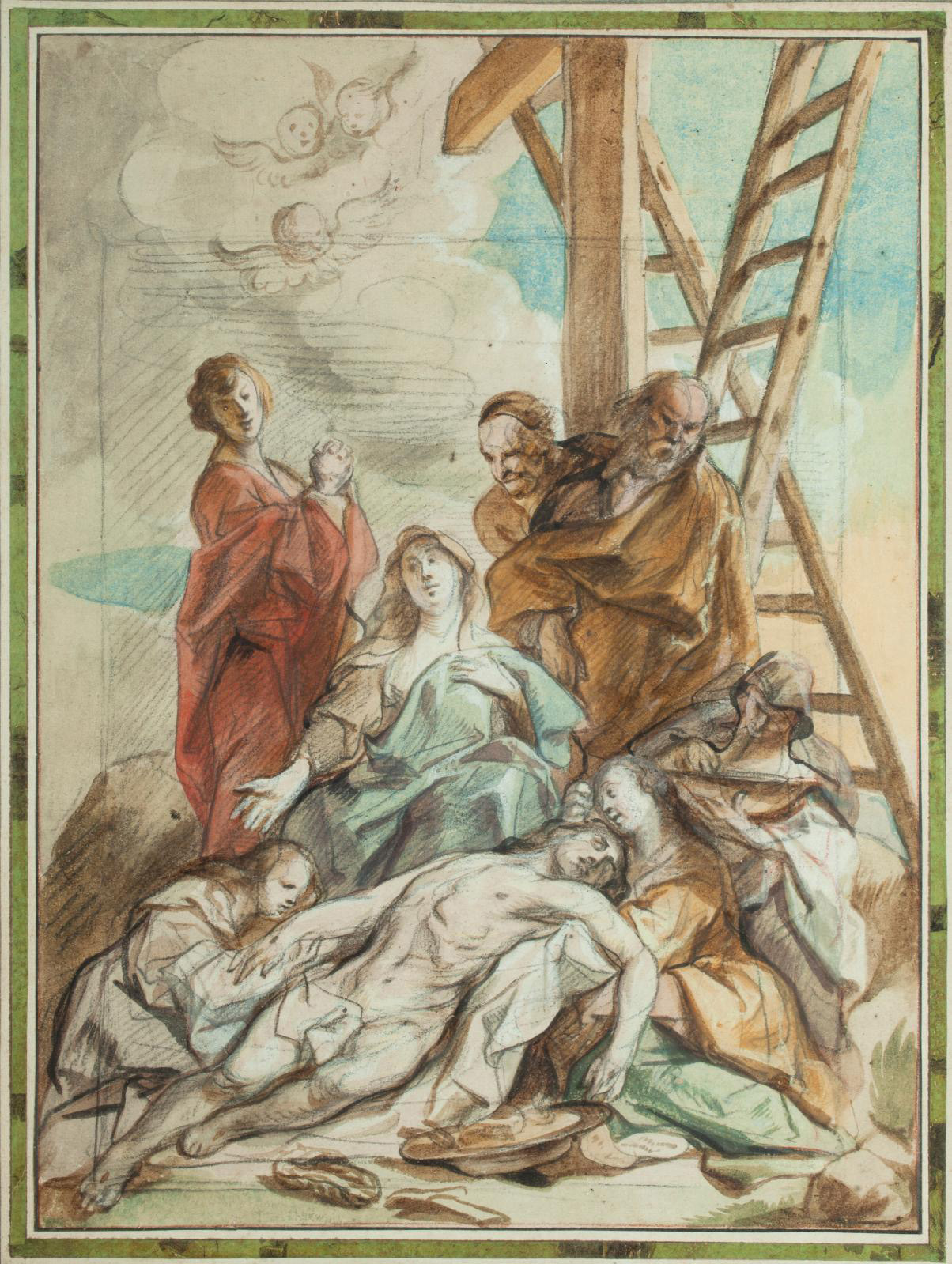 The dynamism of the composition, centered on a pyramid recalling Michelangelo's Pietà, is matched by the brisk, short lines, which are finely hatched to create the shadows and more pronounced to emphasize the contours, while the crisp, sculptural drapery underscores the emphatic gestures. The shadow of the Counter-Reformation hovers over this theatrical scene. It was spearheaded by the sovereigns of the Spanish Netherlands, who made Antwerp, where Jacob Jordaens lived, the stronghold of Catholicism due to its location—the city was ripped away from the Protestant North in 1585. This full-blown Baroque watercolor is a preparatory sketch for the Deposition in the Hamburg Kunsthalle painted by Jordaens c. 1650. The figures are the embodiment of sorrow: the Virgin’s mouth is twisted with grief, Mary Magdalen’s cheeks are red from crying and Joseph of Arimathea, slumped on the ladder, is overcome with despair.

In the Hamburg painting, tight framing heightens the emotion. There are neither angels nor a cross. Jordaens eliminated them after making this watercolor, which was reframed with black pencil to form the future painting’s composition. In Madrid’s Prado Museum, another Jordaens Deposition features a similarly tightened composition. Curators date the work to c. 1650-1660, but cannot affirm whether it was painted before or after the one in Hamburg. The lighting, like the positions and expressions of certain figures, is different. The church of the Beguinage of Antwerp also has a Jordaens Deposition, again in a slightly different version. Thus, it can be affirmed that this watercolor is the preparatory sketch for the Hamburg painting. Jordaens made others—one is at the National Gallery of Ireland, another at the Custodia Foundation—but they have fewer similarities with the final work.

There is another interesting point about this watercolor. According to the Cabinet de Bayser, it could be the drawing mentioned by Pierre-Jean Mariette (1694-1774) in the Description sommaire des desseins […] du cabinet de feu M. Crozat, published in 1741, after the death of the famous collector Pierre Crozat (1665?-1740). It would correspond to lot 857: “Twelve [drawings by Jordaens], among which are still several colored drawings, including a Descent from the Cross.”