Johann König and the Martyrdom of Sigismond 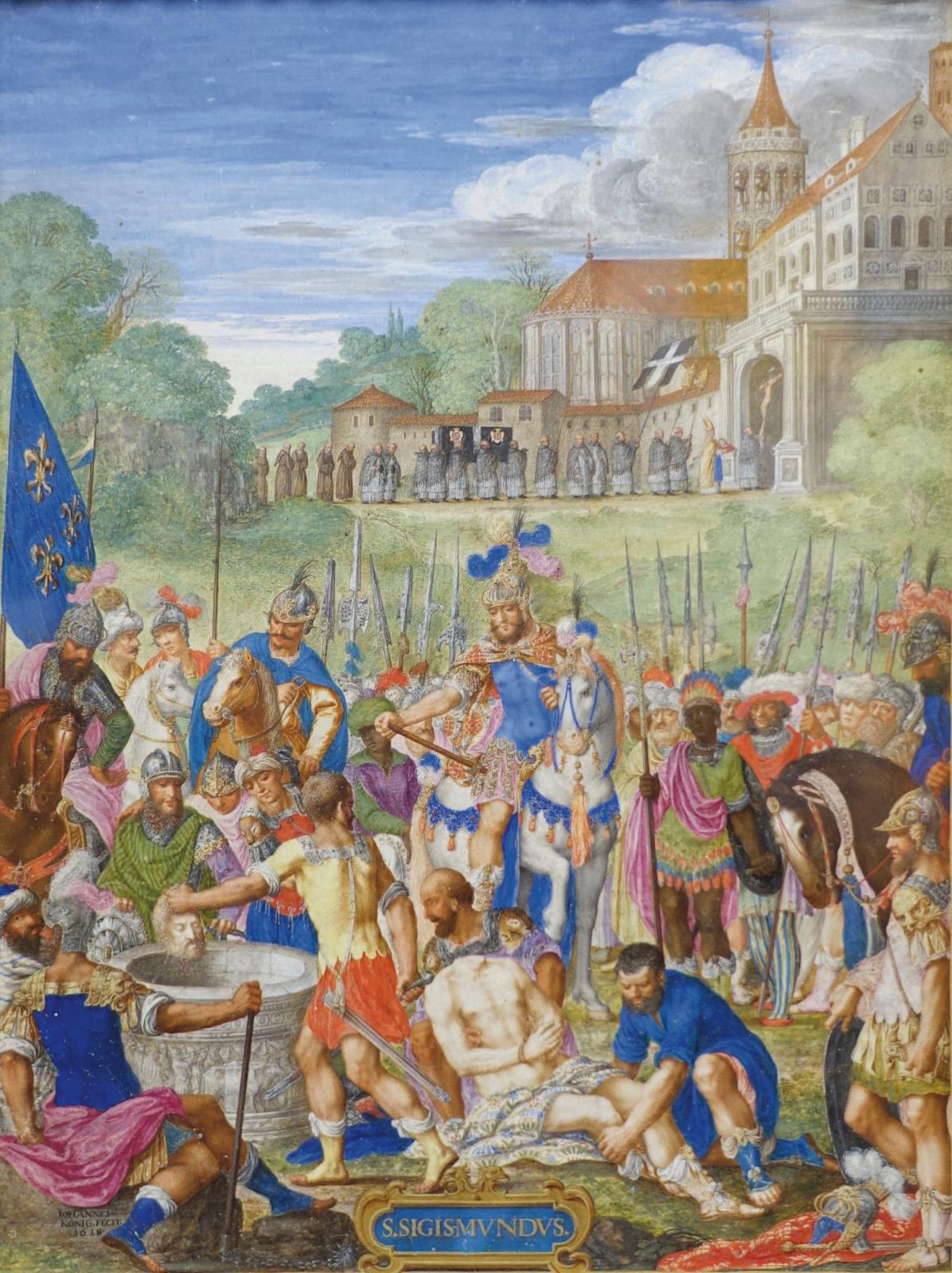 Although he was born and died in Nuremberg, Johann König spent the better part of his life in another Bavarian city, Augsburg. He received lessons from his father, a goldsmith, before traveling to Venice in 1606 and Rome from 1610 to 1614, where he met Northern artists such as Hans Rottenhammer the Elder and Adam Elsheimer, who taught him how to work in small formats and paint miniatures, which were highly valued for cabinets of curiosity at the time. But König was also receptive to the emerging Baroque style with its particularly expressive busy compositions.

In this gouache, König paid tribute to the martyr Saint Sigismond, son of the King of the Burgundians, who married the daughter of the King of Italy, Ostrogoth. After the bishop of Vienne in Gaul converted him and his family to Christianity, he devoted his life to spreading the Gospel in his realm and founded several monasteries. But when the sons of Clovis invaded Burgundy in 524, they were all beheaded on the order of Clodomir and their remains thrown into a well, as this panel illustrates. A few years later, their bodies were taken to the monastery of Saint-Maurice d'Agaune. In 1365, the Bohemian King Charles IV brought Sigismund's relics to Prague in a silver shrine, consecrating him as the patron saint of Bohemia. One of these two scenes is depicted in the upper part of the painting.

In 1864, Claude Monet painted this rare, early oil on canvas of the...