Jan Bruegel the Younger: Four Paintings Depicting the World and Its Wonders

This rare series of four paintings on copper by Bruegel the Younger evokes the family tradition in a real demonstration of virtuosity. 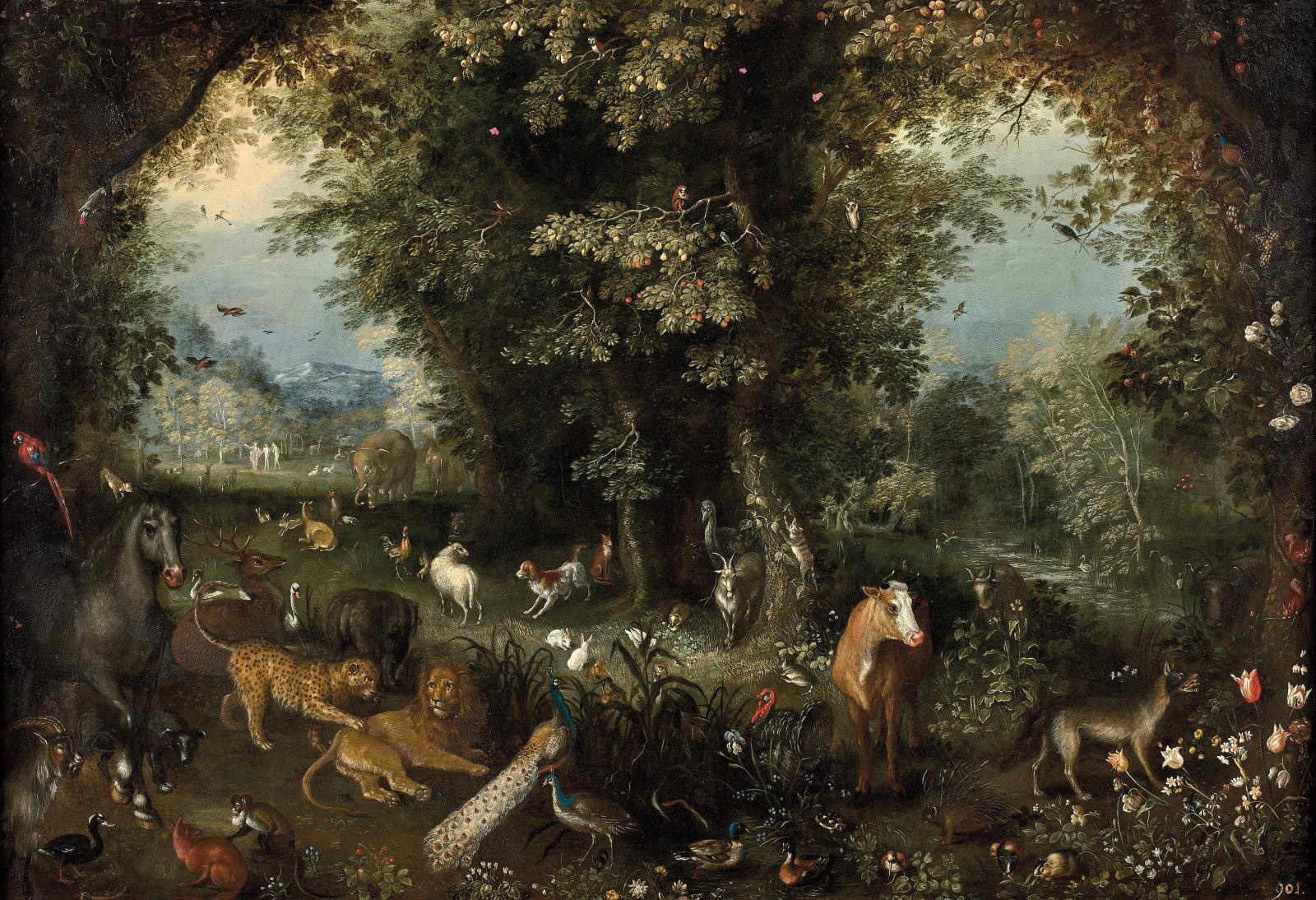 No fewer than four paintings attributed to Jan Bruegel the Younger will come up for sale soon—an incredible event, considering that they are in excellent condition and have been together for nearly 400 years. The first time these paintings on copper appeared on the market was at Christie’s London on June 26, 1970, when comparisons were quickly drawn between them and commissions by Jan Bruegel the Elder, known as Velvet (1568-1625), Bruegel the Younger’s father, for Cardinal Federico Borromeo. Dated c. 1606-1607, Water and Fire are now in Milan’s Pinacoteca Ambrosiana, Earth and Air in the Louvre.

"In the 16th and 17th centuries, when you bought a Bruegel, you bought a brand," says Jérôme Montcouquiol of the Cabinet Turquin. The dynasty of Flemish painters enjoyed an international reputation at the time. All Europe wanted to own their innovatively realistic landscapes with an alluring verve. "The Italians had amazing painters in their ranks, and were masters in the art of portraiture and mythological scenes, but few were capable of producing such landscapes."

So it was common and natural for generation after generation of Bruegels to carrying on painting scenes that had made a deep impression and remained in high demand. When his father died in 1625, Jan the Younger abruptly left Sicily and took over the family studio, all the commissions underway and the legacy he now had to live up to.

An Exceptional Commission
In Antwerp, decorative series like this set of paintings on copper were usually part of large commissions intended for export, especially to Spain and to Italy: a country where Jan the Elder and Younger both established fine reputations consolidated by the time they spent there. During the period he spent in Italy between 1589 and 1596, Velvet Bruegel (the Elder) met invaluable supporters including cardinal Ascanio Colonna in Rome and cardinal Federico Borromeo in Milan, who became very active patrons as soon as he returned to the Low Countries.

Borromeo commissioned a painting in around 1606. Bruegel sent him a Paradise but the cardinal asked for three more, which, with the first, formed this group on the theme of the four elements. Jan the Younger must have seen the series on his own trip to Milan some 20 years later and was probably not surprised when asked to paint a replica in the 1620s. Nothing proves that this was another Italian commission, but the quality of the bright, heavy copper suggests it was an important purchase, in which Bruegel the Younger proved his skills to be worthy of his father’s name.

The Four Elements, or the Beauty of the World
The theme of the four elements was explored in many fields, like alchemy, philosophy, poetry, mythology and science, but they all shared a common goal: decoding our world. Mainstream painting mostly eschewed the subject, but the Renaissance, rediscovering the thinkers of ancient Greece, took up the ideas of Empedocles and Aristotle and interpreted them anew. Earth, water, air and fire were the universe’s constituent elements. In Greek mythology, didn’t Prometheus shape man out of earth and water?

But this set of the Four Elements, like the Five Senses series painted by Bruegel the Elder and Rubens in 1617-1618 (Prado Museum, Madrid), was above all a pretext to celebrate the beauty of the universe. The allegory of Earth offers an interpretation of Paradise through the lush forest and, in the background, God leading Adam and Eve to the tree of good and evil. In the foreground, a lion plays with a cheetah while a cow, wolf, stag, swan, peacock, monkey and parrot walk among countless plants, fruits and flowers, which include rare and much-prized species like tulips. The allegories of Water and Air feature mythological figures—Poseidon and Amphitrite in the former and Urania, the muse of astronomy and astrology in the latter—surrounded by magnificent aquatic animals and plants, and creatures of the air.

A Changing World
"These works were made in a small format for a palace or an apartment," says Mr. Montcouquiol. “They were intended for personal use. The painter could stray from the tenets of the Council of Trent (1545-1563) and show original things to impress viewers and take them on a journey.” In the humanist spirit particular to the Bruegels plants and animals mingle with figures from Christianity, Greek gods and ordinary men—a syncretic vision of the beauty of Creation. The Low Countries were experiencing a remarkable period of progress at the time. Sea voyages and the discovery of other continents opened up new perspectives and subjects, like the exotic birds in the allegory of Air, while advances in printing and science fostered the widespread dissemination of knowledge. For example, in the mid-15th century, Otto Brunfels' Herbarum vivae icones and Pierre Belon’s Histoire de la nature des oiseaux (Natural History of Birds) featured illustrations drawn from life.

The allegory of Fire is a pretext for a frightful apocalyptic scene in the depths of a dark cave evoking the Domus Aurea in Rome. There, in the god of hell Vulcan’s workshop (evoked by the damned falling into flames similar to a depiction of Vesta's temple in Tivoli), men are hard at work making armor, beating, flattening, shaping and chasing the incandescent metal. All this alludes to the Low Countries’ economic growth at a time when traditional crafts were being modernized. This work is an awe-inspiring ode, not only to nature but humanity too.