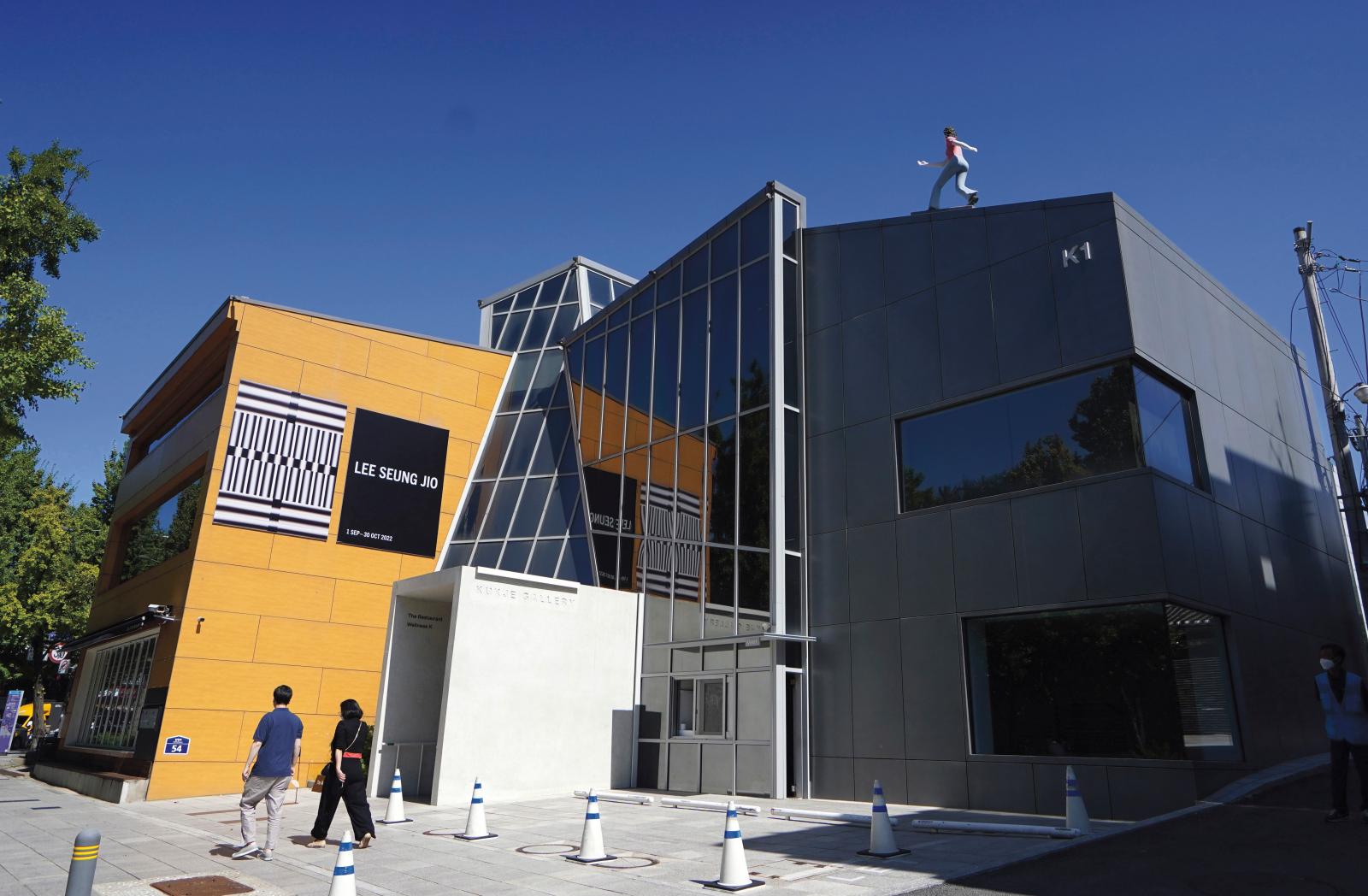 Is the Land of the Morning Calm reshuffling the deck of the global contemporary art market? According to Artprice, auction sales on the segment for fiscal year 2021-2022 in South Korea stood at nearly $66 million, with the capital experiencing an amazing 344% rise. “Not only has Seoul completely recovered from the health crisis,” the report says, “but it now ranks among the world’s new global contemporary art capitals, surpassing Tokyo, despite the latter’s 55% increase in growth.” South Korea ranks fifth in the world, just after France and ahead of Japan, Germany and Poland. On the Asian market, it seems to have checkmated the Land of the Rising Sun, moving into second place after China, where sales revenue has dropped by 33%. These figures can be explained by South Korea’s favorable tax system for artwork purchases, China's ruthless "zero Covid" policy and the rising tide of millennials keen on making lucrative investments.

Even before the pandemic, the South Korean context was conducive to expanding its market. “With its great artists, passionate collectors, numerous museums and private foundations, some of Asia’s most competitive art galleries and strong corporate patronage, South Korea has always had a strong infrastructure,” says the director of the Leeahn Gallery, one of the most prestigious in Seoul. “Its tax-exempt policy on artworks is among the factors that makes it so attractive.” Indeed, there is no tax on imported artworks and, according to Artprice, works by living artists worth less than 60 million won (KRW)—about $50,000—are exempt from sales tax. “It’s the same for estate taxes,” adds Hyun-Hee Kim, senior auctioneer at Seoul Auction. “Works are taxed only if their value exceeds KRW 60, or $50,000, so our market has plenty of room to grow.” All systems are go, in part thanks to China’s inward turn and real estate crisis. “Since China’s Covid lockdown,” says Woo-Jung Woo, director of the emblematic Hakgojae Gallery, which participated in Frieze Seoul’s Masters section, “buyers who looked to Hong Kong, Japan and Taiwan have looked to us.” Lastly, the Korea Art Authentication and Appraisal Research Center (KAAARC) says that art presents an alternative to real estate investments, which is subject to red tape and exorbitant prices.

Want to receive news and updates about auctions?
Sign up for our newsletter
Millennials, Foreign Galleries and the Frieze Effect
Another major factor must be added into the mix: first-time buyers are younger. “They’re 20, 30 or 40 years old,” says Tae-Hee Joung, Fine Art sales manager at Seoul Auction. “They’ve lived abroad and have Westernized tastes and substantial purchasing power. They live in upscale neighborhoods like Gangnam, which is famous for its luxury stores. They react quickly, surf the Internet and social media and often consider artworks a lucrative investment.” The Hakgojae Gallery adds, “K-culture—music, fashion, movies—has been trendy in the West for about 10 years. Some foreign collectors in their twenties and thirties can afford Korean art. Korea is no longer exotic to them.”

Will these factors, combined with a sound artistic ecosystem, entice foreign galleries to open up branches in Seoul? Emmanuel Perrotin did not wait for them. He opened the city’s first French gallery in 2016 and a second one in Gangnam last August. American galleries Lehmann Maupin and Pace have been there since 2017, Austria’s Thaddaeus Ropac and Germany’s König Galerie since 2021. “The opening of non-Korean galleries, which are very trendy” says the Leeahn Gallery, “is explained by the desire to attract a wider group of collectors and discover new artists. [...] They play a key role in helping local artists find global opportunities.”

But it’s not that simple. “I don’t think their presence benefits small local galleries much,” says Woo-Jung Woo. “In the two, three, five, ten years that these heavyweights have operated in South Korea, they’ve attracted many collectors who always prefer to buy works from a large gallery rather than a smaller one.” Nevertheless, the five-year agreement that Frieze Seoul, an emanation of the major London fair, signed with the KIAF, which is more local, has had positive results. “It’s had a real impact on South Korean millennials,” says Woo-Jung Woo. “It’s allowed them to understand the international scene’s trends and inner workings and become acquainted with major galleries and best-selling artists. The fair has also boosted Korean galleries. In the past, their only concern was to exhibit as many pieces as possible in a minimum amount of space and sell them at the KIAF. Since Frieze came along, they’ve had to up their game with slick shows, which is highly constructive.” Will South Korea’s "moment" evaporate when China is back, as some people say? Only time will tell.

FIAC 2021: An Attractive Ecosystem
Not to be missed
Market Trends