Is a Return to Belgian Art’s “Golden Age” Possible?

Belgian abstract painting enjoyed a golden age in the post-war period that ended with the country’s regionalisation. The Royal Skating Rink in Brussels is hosting a survey exhibition in hopes of putting its most unknown artists back on the market. 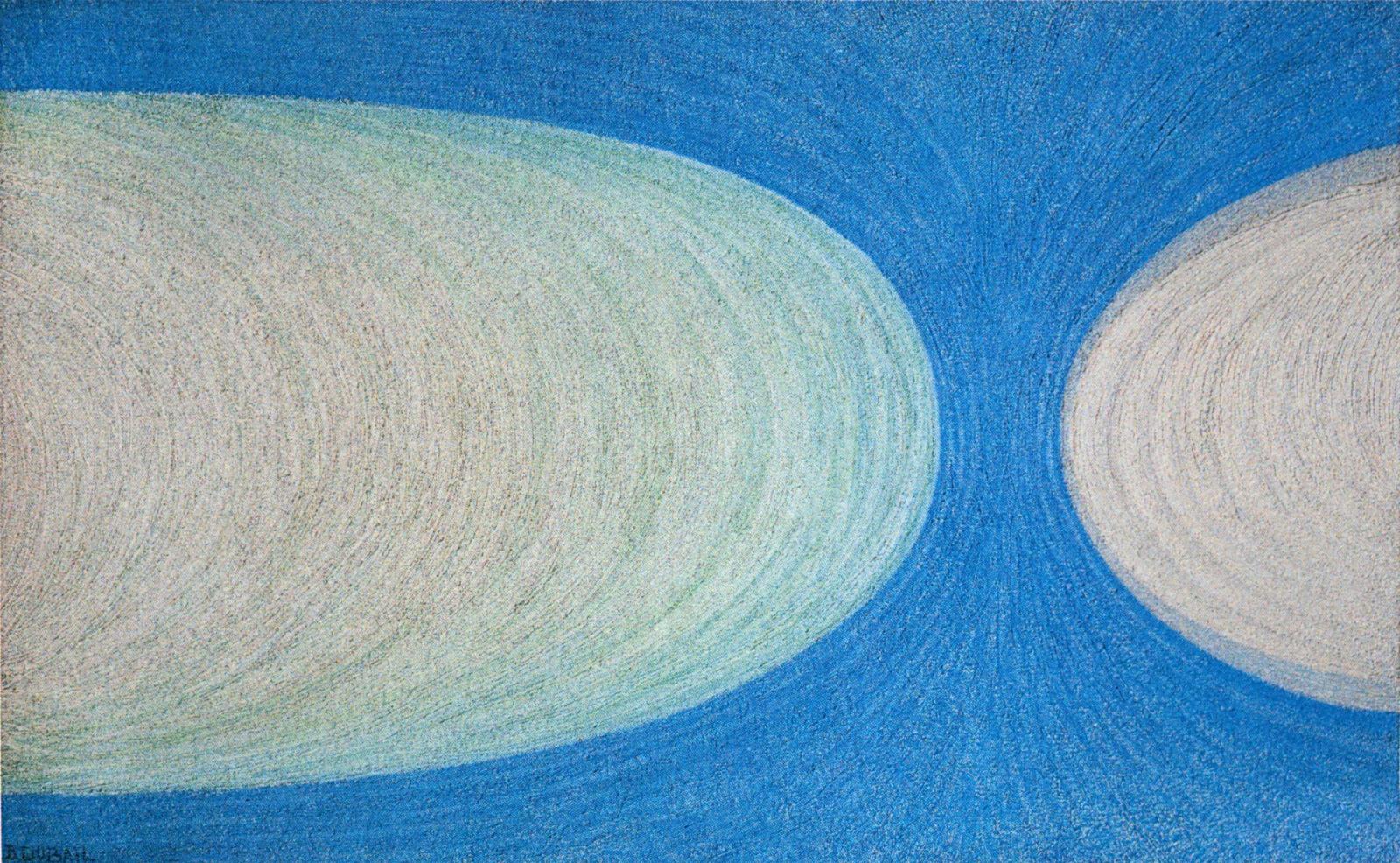 Since opening in 2015, the Valérie Bach Gallery has held a series of events in Brussels with a museum-like ambition, in keeping with its outstanding location: the former Royal Skating Rink, whose name it bears. Solo shows and thematic exhibitions, such as those devoted to narrative figuration or kinetic art, take turns in its vast nave. “Painting Belgium”, currently on the bill, is in this vein. An overview of post-war Belgian abstract painting, it echoes “Sculpting Belgium”, which took place there in 2017. In both cases, Constantin Chariot, the gallery’s associate director, explored the “Trente Glorieuses”, the hopeful years between 1945 and 1975, an exciting time for Belgian art. “This golden age ended in the 1970s, when the country was split up into regions,” Chariot says. “The machine to promote Belgian art broke down. In less than 10 years, Belgian artists disappeared to become Walloons, Flemings or Brusselers. Gallery owners and institutions huddled together in their community shells. Public commissions dried up.”
As a result, while some artists, such as painter Pierre Alechinsky and sculptor Pol Bury, met with international success, many saw their reputations confined within borders and others have more or less been forgotten, despite busy careers.

Prosperous Years
Flashback. After the war, abstract art flourished in Belgium, as elsewhere in the West. It emerged within the “Jeune Peinture Belge” (Young Belgian Painting) association founded by gallery owner Robert Delevoy in 1945. Two forms of expression developed. “One, geometric, found antecedents in Mondrian, the Bauhaus, and Russian constructivists,” says art historian Serge Goyens de Heusch, general curator of “Painting Belgium”. “The other, described as lyrical, abandoned itself to free brushstrokes and the virulence of splashed colour.” The movement included Gaston Bertrand (1910–1994), Louis Van Lint (1909–1986), Mig Quinet (1906–2001), and Marc Mendelson (1915–2013). Pierre Alechinsky, born in 1927, also joined the group before joining the Cobra movement in 1949, which had a more expressionist aesthetic. Networks sprouted up across Europe, particularly in France. Belgians were invited to the Salon des Réalités Nouvelles, created in Paris by Auguste Herbin, who influenced Jo Delahaut (1911–1992) to become a trailblazer of geometric abstraction. In 1952, he co-founded another group, “Art abstrait", with Brussels-born Jean Milo (1906–1993), a friend of Serge Poliakoff. Conversely, French artists, such as Jean Bazaine and Jean Metzinger, exhibited at the Centre for Fine Arts in Brussels. The same dynamism energised sculptors, who experimented with deconstructing shapes by using new materials such as steel, Plexiglas and carbon fibre. The best known were those who received public commissions, such as Olivier Strebelle (1927–2017) and Jacques Moeschal (1913–2004), creator of the famous Signal d’Hensies, a monumental concrete totem pole at the edge of a motorway on the Franco-Belgian border. “These sculptors have remained visible, even if their names are often unknown,” says Chariot. They are the luckiest because, as he puts it, Belgians have lost interest in their compatriots.

Artists Coming Out of the Shadows
Chariot dove into this pool. For “Painting Belgium”, he dealt directly with estates and heirs to gather 250 paintings by about 40 artists. Sometimes it was too late. Studio collections had already been sold off piecemeal, usually at bargain prices. But some families do their best to preserve the legacy of the dead. In any case, Chariot holds that “80% of the works have never been seen on the market”. Of course, not all artists are in the same position. Alechinsky, represented by the Lelong gallery, saw his prices rise at a brisk pace and they are still holding steady. One of his paintings was sold at the Skating Rink for around €50,000. Works by less renowned painters, such as Louis Van Lint, Gaston Bertrand, Antoine Mortier (1908–1999) and Serge Vandercam (1924–2005), fetch between €30,000 and €40,000. Also on offer are paintings by Jo Delahaut and Marc Mendelson, names that occasionally turn up in auction houses. In November 2017, paintings by Mendelson, Mortier and Guy Vanderbranden (1926–2014) were sold at the Cornette de Saint-Cyr auction house in Brussels for between €10,000 and €24,000. In the “Belgian Art and Design” auction on 24 November, around 10 pieces from the period will be auctioned, including works by Mendelson and Vanderbranden, estimated at between €8,000 and €20,000. “These artists’ prices are gradually rising,” says Sabine Mund, director of the Belgian Art Department, “because their paintings correspond to the contemporary taste for design.” But many artists are forgotten. Who remembers René Guillette, Mig Quinet, Berthe Dubail (1911–1984), Pierre Lahaut (1931–2013) or even Jean Milo, who was honoured in 1986 with a major retrospective at the Royal Museums of Fine Arts in Brussels? The Royal Skating Rink is trying to restore their image. Their works can be purchased for between €5,000 and €20,000.
For “Sculpting Belgium”, the situation was similar. A Belgian collector acquired an imposing mobile fountain by Pol Bury for nearly €400,000. New York’s MoMA paid €300,000 for an 80-centimetre high bronze with stylised feminine curves designed by Oscar Jespers (1887–1970), a seminal figure. But above all the show brought to light sculptors such as Hilde Van Sumere (1932–2013), who made refined marbles, Monique Guebels-Dervichian (1921–2018), a forerunner of minimalism, and Marcel Arnould (1928–1974), who designed tapered steel sculptures. In their case, prices ranged from €3,000 to €8,000. The results of “Sculpting Belgium” were eventually positive. Half of the 125 pieces selected were sold. In its wake, some Belgian galleries organised shows of artists in whom the exhibition had reawakened interest, such as Félix Roulin, Hilde Van Sumere and Francis Dusépulchre (1934–2013). Carrara marble sculptures by Jan Dries (1925–2014) are now on display at the Royal Skating Rink, which also hosts solo shows based on its own general exhibits. Soon there will undoubtedly be some artists from “Painting Belgium”, including Jean Milo and Berthe Dubail, who, Chariot says, deserve a spotlight and real recognition.

Francis Maere, as Busy as a Bee