In focusing on the subtle art of Chinese perfume, the Musée Cernuschi provides a genuine olfactory discovery: the first to reveal its importance in the Middle Kingdom. 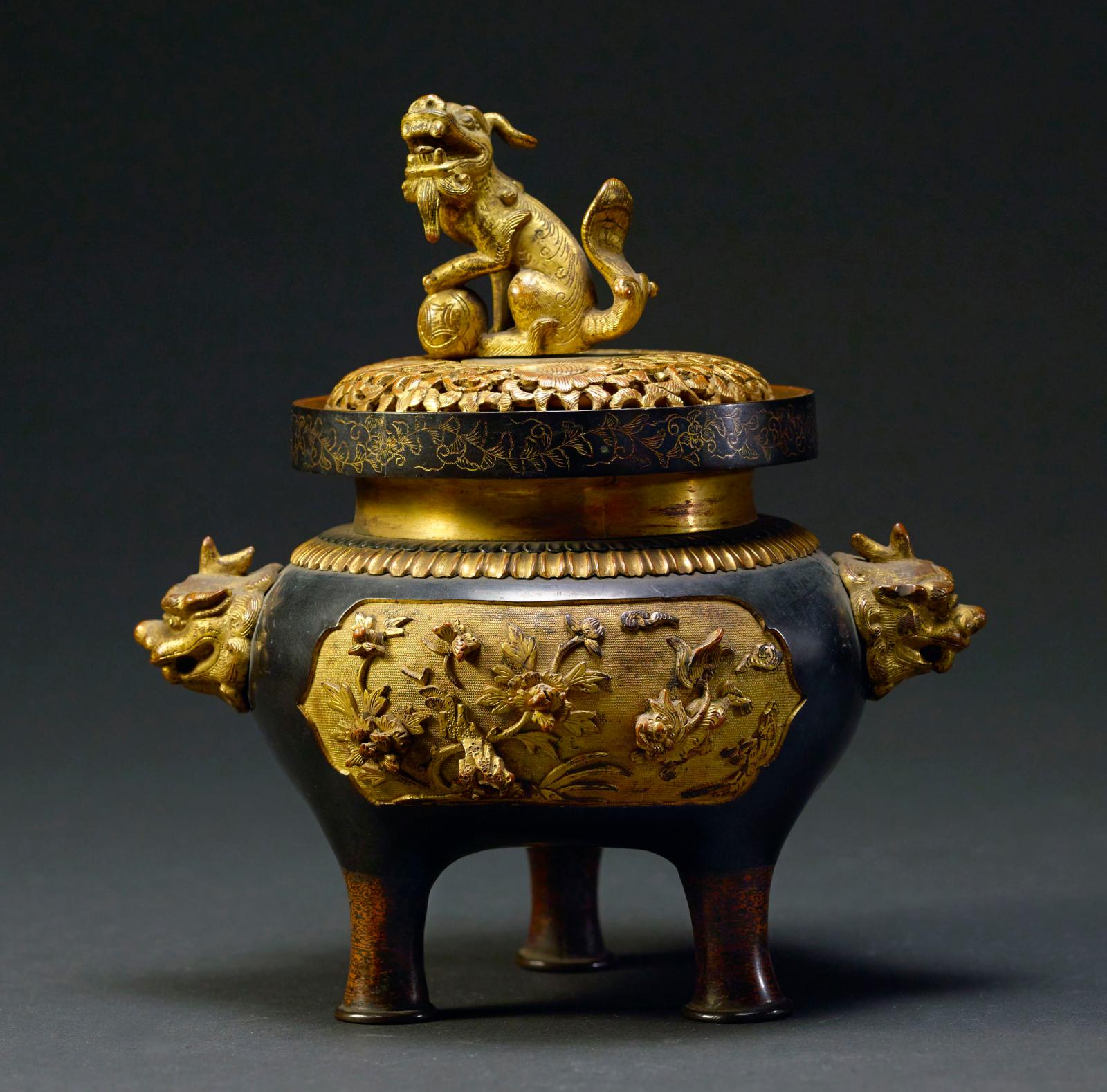 Perfume appears regularly in poems, in the context of freedom in nature (flowers and so on) or seduction, as Frédéric Obringer tells us. An anthropologist at the École des Hautes Études en Sciences Sociales and the exhibition's scientific adviser, he has translated ancient Chinese recipes on the making and use of incense. Through his remarkable exploratory work, he emphasises the fact that in China "Buddhism helped to make perfumes popular." To document this research, Eric Lefebvre, the museum's director and head of the exhibition committee alongside his opposite number in Shanghai, Li Zhongmou, was keen to show "raw materials, such as sandalwood and agarwood" to shed light on the origin and production of these fragrances. Sometimes from exotic provenances, in this field, as in so many others, they reveal the influence of the Silk Road. The Chinese people's relationship with perfumes in ancient times and the early mediaeval period was somewhat ambivalent. For example, "Cao Cao – strategist and scholar (155-220 AD) – detested perfumes but used them all the same." From the time they became important in liturgical practices to their association with the lifestyle of scholars, they spawned a wide variety of artistic objects. "Nearly fourteen of our Chinese colleagues were called in just to draft the catalogue, and several departments from the Shanghai Museum helped us to assemble these extraordinary pieces," says Eric Lefebvre. He also tells us the exhibition is designed as a simultaneously historical and olfactory circuit, with seven chronological sections. Even if we regret the absence of maps to locate most of the objects displayed, this bold focus on such an unusual subject will serve as a model for young sinologists in a field just opening out to the history of sensibilities.

Outstanding Fragrances
What makes a perfume – rather than a smell – so special is that it belongs to a completely different world from material culture. So many objects remind us that perfumes were used to intercede between mankind and the gods. Inseparable from rites, incense emanated a powerful scent when it was burned, with the idea of invoking gods and spirits and chasing away evil influences that caused disease. In this context, we can admire a bronze duck-shaped perfume-burner from the Western Han period (206 BC to 9 AD). In the scholarly ideal, discreet perfume was designed for educated noses that could discern a thousand fragrances. "The use of perfume regularly turns up as a sign of social prestige," says Frédéric Obringer. And there was a strong link between perfume and literature. For example, a fine painting was said to emanate a "literary perfume", and beautiful books were marked out for their incomparable fragrance. To encourage "meditation" (jingzuo) during the Ming dynasty, perfume provided both a pleasure that contributed to well-being and purification that cleansed the space and protected it from harmful influences. Many poems speak of the association of incense with these practices, as well as with reading in scholars' studies. This is clear from the paintings in the show. By anonymous artists or great names in classical art, like the "Woman scenting her sleeves", a scroll painted by Chen Hongshou (1598-1652), these works immerse us in the intimate world of well-to-do households and especially women, for whom certain perfume recipes were specifically reserved. Writings of the period describe the composition of a great many cosmetics.

The Spirit of China
Most of the medical substances prescribed had a pleasant, long-lasting scent. They were supposed to "clear the mind", "rejoice the heart", and foster healthy blood circulation and breathing. So perfume was considered not only agreeable, but medicinal as well, thus playing a "prophylactic" role, to quote Eric Lefebvre. He likes to remind us that none of these written testimonies indicating the ingredients of these perfumes and cosmetics would have survived without the summary produced by the court of the last imperial dynasty, the Qings (1644-1911). Eric Lefebvre approached Christian Dior's perfume creator, François Demachy, with the texts translated by Frédéric Obringer. The originality of this exhibition lies in the collaboration between one of the Paris market's greatest "noses", an anthropologist and various art historians.  The stage design with its olfactory terminals gives the whole show significant educational value. Through this grand, swirling mix of images and recollections, we get a "scent" of the spirit of China through the ages as never before.