After 18 months of renovation, Victor Hugo's house in Paris duly has welcomed its first visitors with a presentation focusing on the "great man" from a more personal angle. 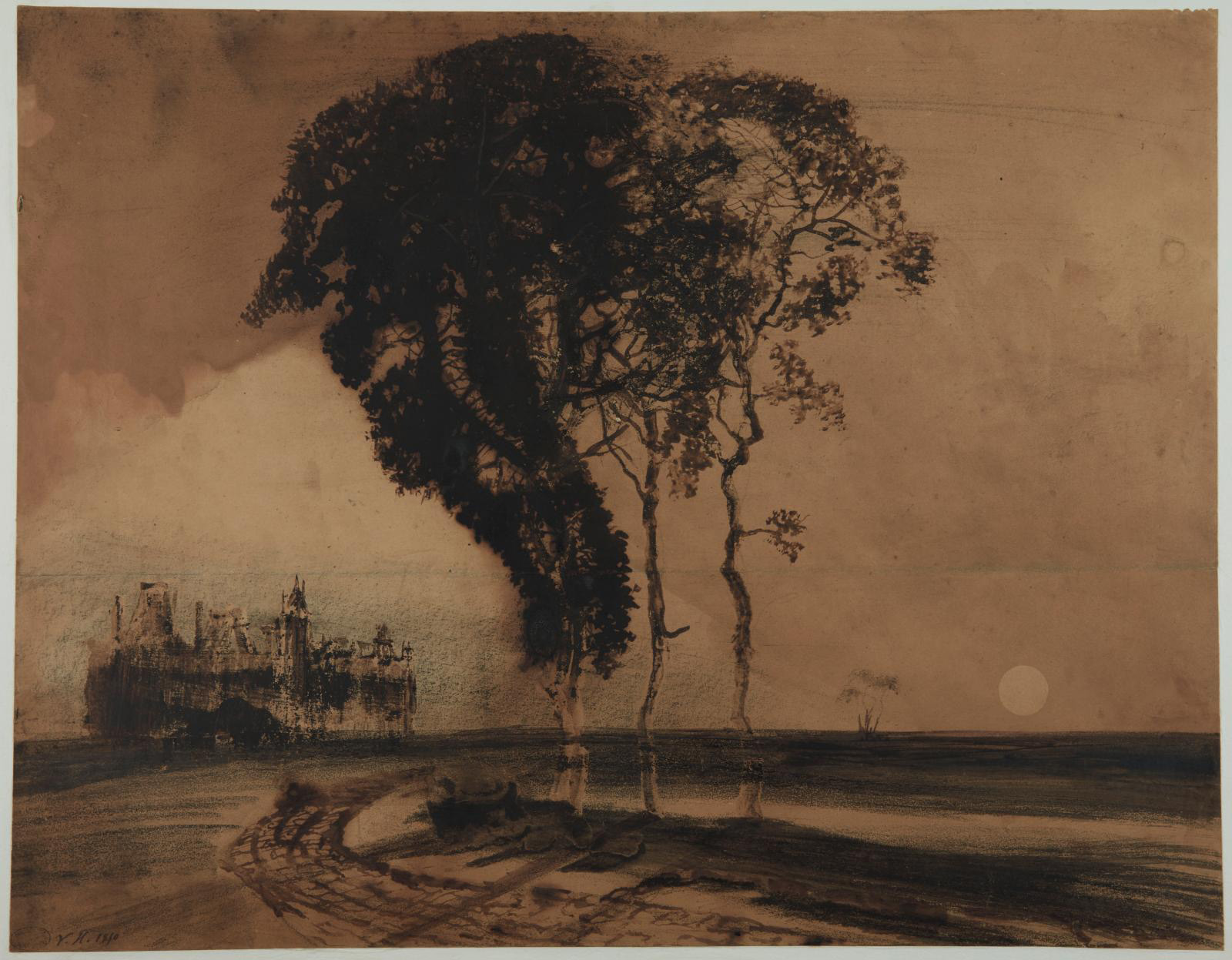 Here the idea is to explore Hugo's relationship with drawing from an intimate perspective, and show that although he drew for almost fifty years, he did so mainly for himself and his close circle. Visitors can explore nearly 200 works on paper divided into four thematic sections, and appreciate the imagination of a genius whose creative sphere went far beyond writing.

Selected from an exceptional collection of 700 pieces, his drawings reveal his personality and capture various moments in his life. The sketches brought back from his summer escapades are little gems speaking of love and friendship, with Juliette Drouet (also his most assiduous collector) as the vibrant focus. With his dark castles drawn at twilight in black ink and charcoal, Hugo constantly honed his technique by making play with the different densities of matter, expressing all their poetry. His convictions were always in evidence, in his illustrations of poverty—the source of inspiration for Les Misérables—and his fascinating portraits of judges, executioners, witches and onlookers in Poème de la sorcière (The Poem of the Witch—his last great cycle), which illustrate his fervent opposition to the death penalty. This last section is eloquently entitled "Humanity as a Studio".

The 20th Edition of Quartier Art Drouot Spotlights Drawing
Newsfeed
See all news
Jesus College: The First UK Institution to Repatriate a Benin Bronze
The Venice Biennale of Contemporary Art is Getting a Research Center
Frieze Names Patrick Lee Director of Its New Seoul Fair
Fallen Art Star Charged with Selling Raymond Pettibon Forgeries
Not to be missed
Exhibitions
Anni and Josef Albers at the Musée d'Art Moderne in …
A comprehensive show traces the lives and work of two modern art…
Exhibitions
The Mobilier National Brings Napoleon’s Palaces Back…
At the Gobelins Gallery in Paris, France’s National Furniture Depository…
Exhibitions
Sculpture in the Spotlight at the Nicolas Bourriaud …
Exhibitions
Musée du Luxembourg of Paris Celebrates Vivian Maie…
The Musée du Luxembourg is offering the "nanny" photographer her…