For this fourteenth chapter of “Indochina, Myths and Realities 1800-1960,” the talented Tran Binh Loc is accompanied by Victor Tardieu, Mai-Thu and Lé Phô while Vu Cao Dam offers a beautiful message of hope. 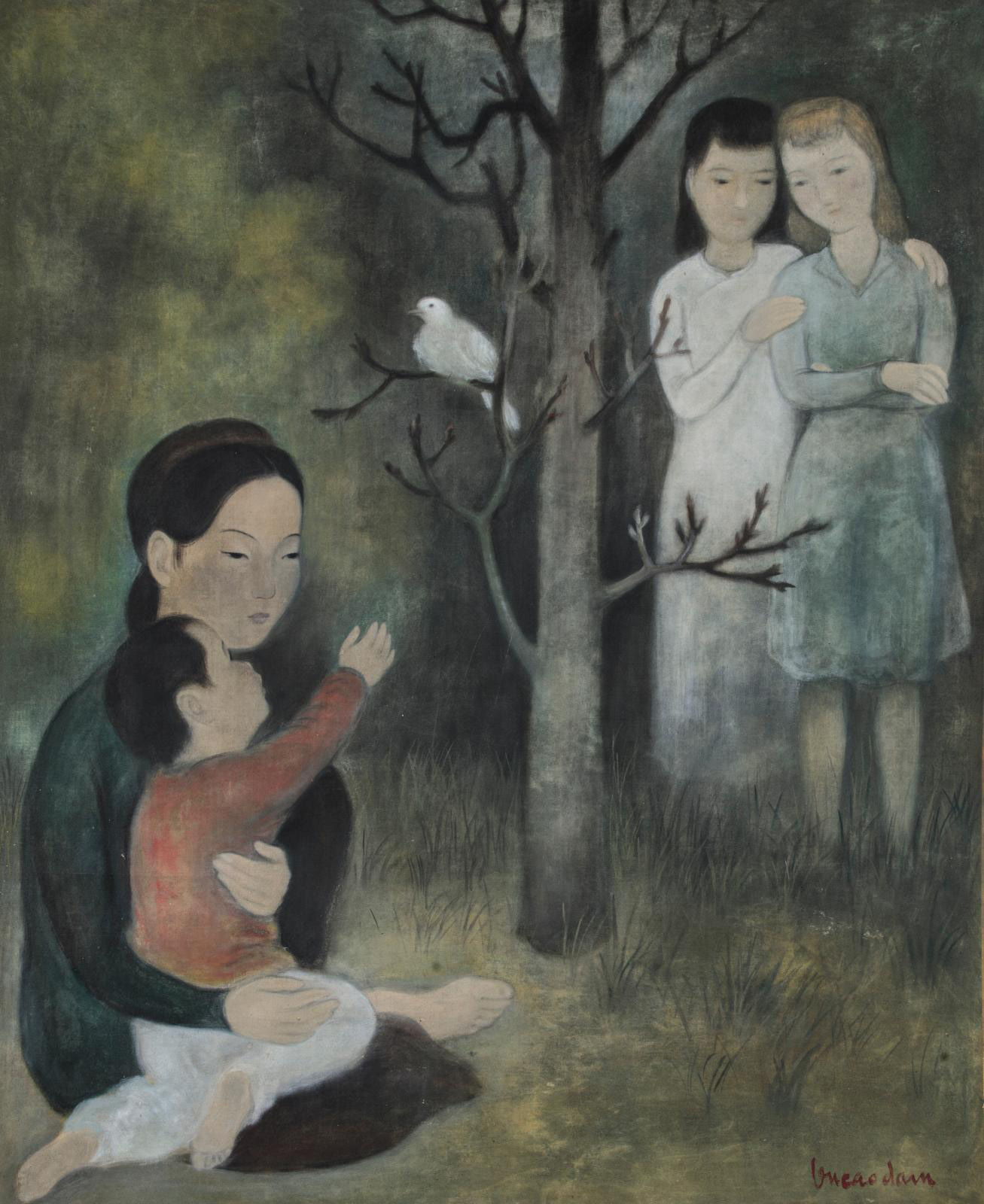 The two pieces by Tran Binh Loc are equally striking in their mastery of composition, the elegance of posture and the gestures of the characters. Works by this skillful painter are rare: the artist died in 1941 at the age of 27. Formerly a press correspondent in Vietnam (1975-1997), Léopold de Stabenrath, the two pieces, “The Card Players” and “The Soothsayer Kin Dich”, are each estimated at between €30,000 and €50,000. A collection of posters by Maï-Thu (1906-1980) from his exhibitions (€150/600) stand alongside a graphite drawing of “A Young Naked Woman in the Studio” (circa 1930) which is estimated at between €8,000 and €12,000. Made by Victor Tardieu in 1912, The Apples, Nude Study combines the female figure, the still life and the description of a bourgeois interior. The painting was exhibited at the Salon de la Société des beaux-arts de la Dordogne, in Périgueux, and acquired by the collector in whose family it remained until this very day (€20,000/30,000). A portrait, “Young Girls Fishing,” made by Lê Pho (1907-2001) around 1956, is revealing of the painter’s artistic renewal around this time and the impressionist influence, both in the brush strokes and in the palette, inspired by the likes of Claude Monet or even Pierre Bonnard (€40,000/60,000).

Moving to another period, “A Painting for Peace” by Vu Cao Dam (see photo) presents a different atmosphere. Made around 1949-1950, it was preserved in its original frame and in the family of the person who initially received it as a gift—Raymonde Dien. The poignant story tells of a recently wedded woman from Tours who, as a militant of the French Communist Party, lay down on the railway tracks at Saint-Pierre-Des-Corps to prevent the passage of arms destined for Indochina. Sentenced to several months’ imprisonment, the young woman received support from figures in the political, philosophical, religious, artistic, and literary worlds. She was released on December 24, 1950. In gratitude for her commitment, the General Union of Vietnamese in France awarded her this painting during a ceremony at the Vélodrome d'Hiver. The hope embodied by this young mother and her child gazing at the dove leaves behind the past and the figures of death—a Vietnamese and French woman.

Lé Phô, Buffet, Desportes and the Master of Cortèges
Not to be missed
Pre-sale