Indigenous Americans: From One Stereotype to Another

In Lyon, a major historical, ethnological and artistic exploration of the image of "American Indians" in Europe sheds light on the real __TexteRechercheEnGraslinksTexteRechercheEnGras__ that have existed between Native Americans and the French for centuries, and reaches beyond the clichés. 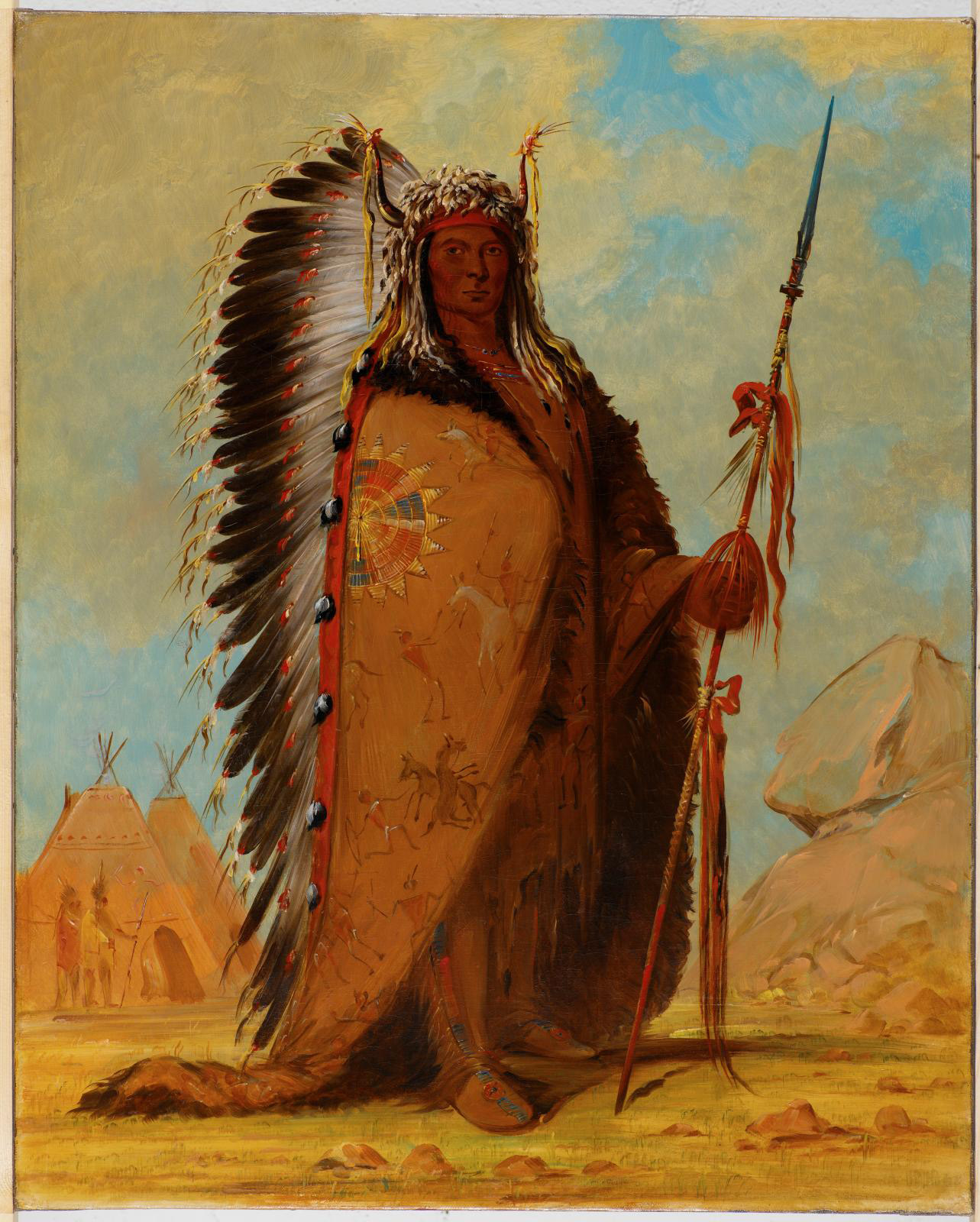 The exhibition "Sur la piste des Sioux" ("On the Trail of the Sioux") presenting the François Chladiuk Collection addresses these questions and many more. As the title indicates, the aim is to return to the sources of stereotyped representations of "Indigenous Americans" firmly rooted in Europe for five centuries. The highly successful staging "gives the viewers a free hand, encouraging them to become absorbed in the images and enter different worlds through a diorama and immersive set-ups," says general director Hélène Lafont-Couturier. "We have decided to follow the path of history from initial contact with native populations—which saw the image of the Sioux alone embody people's perception of "Native Americans"—through to the present day. Representations and descriptions of Indians are compared with the history and development of the condition of the Indian Nations in North America. Chronological references, maps, historical resources and analyses of representations massively disseminated in America shed light on the gradual development of Europeans' idea of Native Americans.

Although the French, English and Dutch who settled in North America from the 16th century on gradually came to appreciate the diversity of the indigenous populations, the widespread view across the Atlantic remained black and white: either the "noble savage" who lived in harmony with unspoiled nature, or just the "savage", who was aggressive and driven by primal instincts. Chateaubriand had a huge impact in this respect (in Atala, 1801, and Voyage en Amérique, 1827), and influenced all the arts. The watercolors of Karl Bodmer (who traveled with the Prussian prince and naturalist Maximilian zu Wied-Neuwied between 1832 and 1834) and the images of Indian chiefs painted by the American artist George Catlin between 1831 and 1838 all made an impression on Europeans. So did the photographs of geographer Roland Bonaparte of the Omahas, in 1883, at the Jardin d'Acclimatation; those of Gertrude Käsebier when Buffalo Bill's Wild West passed through New York in 1898, and the 50,000 pictures taken by Edward Sheriff Curtis between 1907 and 1930. In the second half of the 19th century, Western novels were a huge success, as were the Hollywood Westerns that burst on the scene in the 1930s.

Clichés are hard to kill and there are always new ones. The "bloodthirsty savage" has now given way to the "wise man", because of a supposedly privileged relationship with the forces of nature. A new stereotype, echoing the first representations of this "young humanity" that reached Europe five centuries ago! And beyond the images and representations, five hundred years after the arrival of the first settlers, the cultural survival of native populations and control of the land remains a troubling issue.

A Surprising Collection of Corkscrews!