Since 2008, Rolex has been responsible for the maintenance and restoration of the Château of Fontainebleau's clock collection. After an extensive sponsorship campaign, the once-neglected timepieces are marking time at the site again. 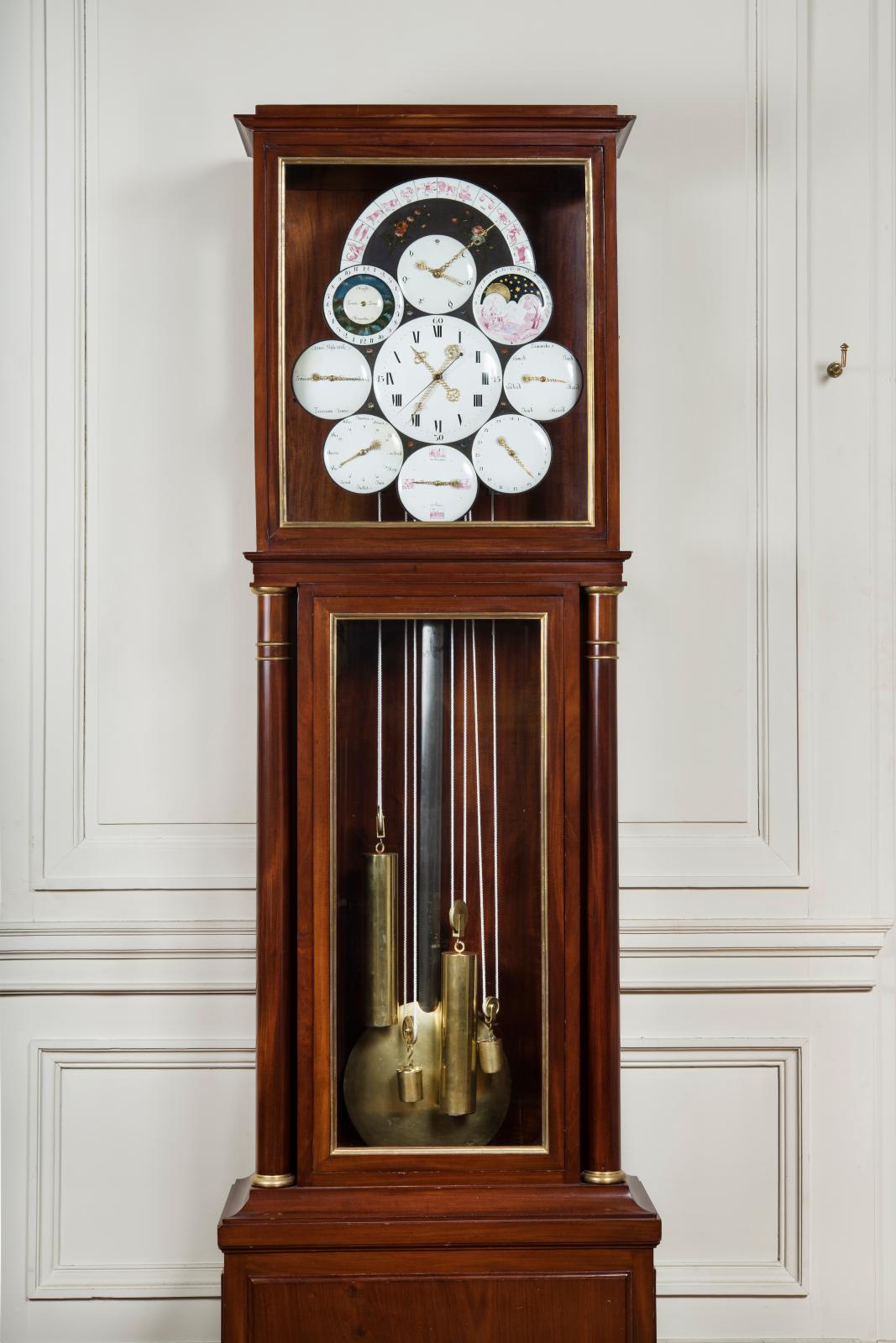 Fontainebleau's hours of glory are told through an outstanding collection of royal clocks: reminders of the daily life of monarchs, and witness to historical events. These little-known objects vibrant with art and history invite visitors on a journey down memory lane. "This collection, one of the largest focused on the art of French timepiece-creation, had been abandoned since the post-war period. It was important for us as curators and art historians to revive these clocks and set the rhythm for a new chapter in this centuries-old residence," says Vincent Cochet, chief curator of the Château of Fontainebleau.

For the past 13 years, Rolex has been maintaining and restoring 60-odd 18th and 19th-century clocks and their movements through a substantial but unobtrusive sponsorship campaign (the amount of money donated has not been revealed). The famous Geneva watchmaker is a loyal supporter of noble causes, and has a policy for promoting France's cultural heritage and riches. "A clockmaking heritage under threat, which needed rapid attention, is being revived thanks to sponsorship and skills we didn't possess," says Jean Vittet, curator at the château. "The real challenge with this project was to work with specialists capable of reactivating the old clock mechanisms and giving them a new lease of life, so that they could once again chime out. This required true craftsmanship."

Works of Art and Scientific Instruments

The restoration, maintenance and upkeep (the three pillars of the sponsorship operation) were entrusted to a multidisciplinary team: Ryma Hatahet, a restorer with a diploma from the National Heritage Institute and a specialist in timepiece-making, and two clockmakers certified by the Musées de France. At present, some 20 clocks, made between 1680 and 1880 by the great masters of the time, including the Lepaute family, Charles Voisin, Julien Le Roy, Ferdinand Berthoud, Gilles Jeune, Samuel Roy, Porchez and Bailly, are on display in the Château's visiting circuits.

These are all masterpieces in terms of form, materials and decoration, upon which work has also been carried out by cabinetmakers, sculptors, foundrymen, engravers and bronze-makers as well as the clockmaker. As witness the ten-dial astronomical clock acquired in 1806 by the Mobilier Impérial for the furnishings of Fontainebleau—"the Château's greatest curiosity," to quote Jean Vittet. All of them (simultaneously objets d’art for their magnificent execution and scientific instruments for the precision of their movements) are distributed between the Napoleon I museum, the imperial theater, Napoleon III's study, the Pope's apartment, the grand apartments, the Empress's apartment and the galleries of paintings and furniture—not to mention the clock in the Trinity Chapel bell tower, soon to be restored.

The main difficulty for the restorers was the question of expertise. "Our aim was to construct an identity for the object based on its case, dial and hands, and thus to make a diagnosis. These objects have numerous parts that sometimes have to be duplicated precisely with similar metals to enable the clock to function properly again. Above all, it is crucial to respect the work of the past, without betraying the clock's integrity, by preserving the period components. So each restoration is meticulously documented," says Ryma Hatayet. Most of the clocks in the Château of Fontainebleau still possess their original movements, as does the ten-dial astronomical clock in the Emperor's antechamber.

Counting the hours in private or public reception rooms, the royal and imperial clocks tell the story of the château and its centuries-long history. "The rhythm of life for sovereigns was no longer based on the sun, but on a division of 24 hours, thanks to the progress of mechanical clock-making. This developed in the 14th century when the main function was to ring a bell at fixed times for prayer. In the time of the French kings, domestic clock-making developed and portable or table clocks appeared. They were highly luxurious objects, enabling the capture of time that became power, both economic and political, in the hands of the powerful," says Jean Vittet. Often unobtrusive objects, clocks were in fact vitally important in palaces and in community life, whether secular or religious. "We must remember that court life essentially revolved around ceremonies, meetings and meals at very precise moments. People had to be in the right place at the right time, hence the abundance of these objects in daily life. Napoleon I, who woke up around 7 o'clock, began his day with two questions: "What time is it? What's the weather like?" says the curator.

The use of clocks in the royal apartments really developed during the second half of the 18th century. Before that, history tells us that Charles V (r. 1364-1380) had clocks set up in each of his residences, including Fontainebleau, and that during the reign of François I (r. 1515-1547), the château had several clocks—notably those housed in the bell towers of the two chapels, including the Saint-Saturnin automaton clock with its figures of mythological gods for all the days of the week. However, these first clocks did not remain there permanently. The Garde-Meuble departments brought those intended for the apartments from Paris, when they did not rent them to clockmakers or merchants. Until Louis XVI's last stay in Fontainebleau in 1786, there were endless moves, with clocks traveling to and fro between Versailles and Fontainebleau.

All the Great Clockmakers Mobilized Under the Empire

After the Revolution, when the château's furniture was sold, Napoleon I ordered its refurnishing in 1804 and decided to provide each room with a clock. A large number of the 18th-century pieces were acquired, with antique mechanisms and exquisite Boulle marquetry, like the clock (now in the Pope's apartment) with the figure of Chronos, made in copper and tortoiseshell by the clockmaker Charles Voisin. The Emperor called on leading master clockmakers like the Lepaute family, uncle and nephew, who produced masterpieces like the clock with a figure of Apollo delivered in 1806 for the octagonal (or Emperor's) salon, and the red marble clock with Zephyr and Flora for the Empress's state bedroom in 1804.

At the time, these pieces in the Empire style influenced by ancient Greece, Rome or Egypt were interpreted in a new way, closer to the original antique motifs. Black, white, sea green and Sienna yellow marble were the most commonly used materials, as well as porphyry and bronze. Some clocks also featured cut crystal and biscuit or hard Sèvres porcelain, like a model with the figure of Étude or Study delivered in 1809 by Lepaute for a minister's apartment, or one with the figure of Urania looking at the stars produced by the Imperial Manufacture of Sèvres in August 1809, for the private study of the empress's small apartment. Enamel dials were still common but might also be in gilt (or very occasionally silvered) bronze. The hands were more refined than those of the 18th century. All forms were found at Fontainebleau, from the terminal to the portico clock (a highly successful innovation under Louis XVI), as well as cage clocks (in the shape of a vase), clocks with subjects (mostly with statuary), and "chariot" clocks.