A new book, published by the Getty Research Institute, reconstructs the Los Angeles home of Louise and Walter Arensberg, offering an intimate portrait of their famous collection of modern and pre-Columbian art. 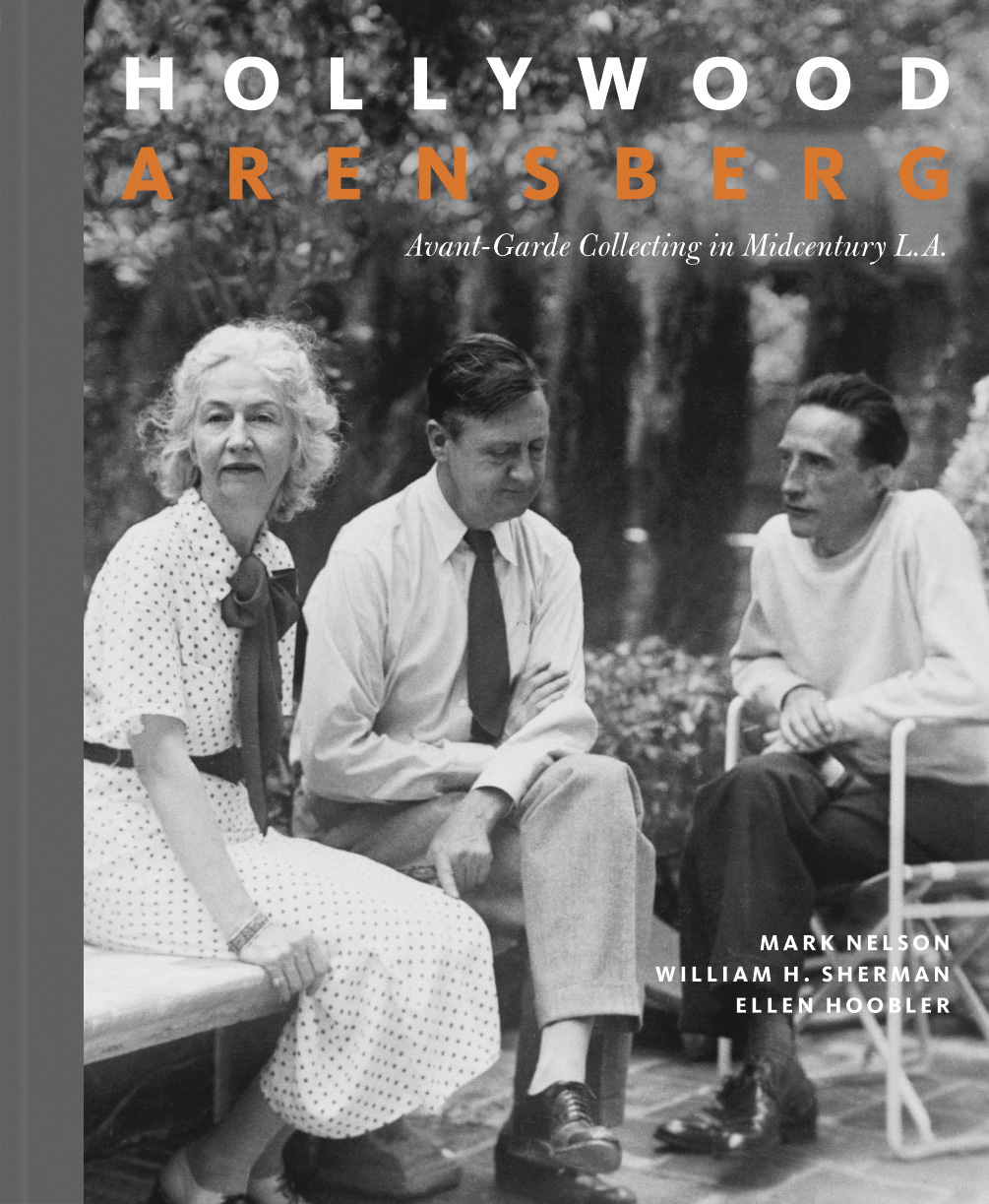 Hollywood Arensberg: Avant-Garde Collecting in Midcentury L.A. is a staggering, 430-page tome that documents how one of the most famous collecting couples lived with and displayed their art. While the dozens of floorplans and annotated diagrams are at first intimidating, they slowly draw the reader into a game of rediscovery. World-famous works of art suddenly appear in a completely new light, and the unexpected juxtapositions, created by the Arensbergs’ arrangement, set off a series of fascinating associations and new historical insights. Guiding the reader from one room to another, the book presents rarely seen photographs of the Arensbergs’ L.A. residence, offering an unfamiliar, yet thrilling image of their storied collection. The volume’s essays locate both the collection and the collectors within their broader historical context, providing a rich and nuanced overview of the couple’s intellectual preoccupations, their vast network of friends and collaborators in the art world and beyond, and their lasting impact on the history of collecting in the United States.

The Arensbergs and Their Collections
Louise and Walter Arensberg fell in love with modern art at the 1913 Armory Show in New York that introduced the United States to the European artistic avant-garde. Although they did not purchase works directly from the show, the experience set them on a life-long journey of collecting. It also cemented their appreciation of Marcel Duchamp’s work, marking the beginnings of a lasting and mutually beneficial friendship and professional partnership. Over time, the couple amassed the foremost collection of Duchamp’s work in the world, in addition to their formidable holdings of works by Constantin Brancusi, Henri Matisse, Pablo Picasso, Georges Braque, Salvador Dalí, and Marc Chagall, among others. In 1950, they bequeathed their collection to the Philadelphia Museum of Art (PMA), thus ensuring its broad accessibility.
While famous for their modern art collection, the Arensbergs also actively collected pre-Columbian art, effectively shaping the market for such objects in the United States. Their holdings went to the PMA as well, although they receive far less visibility within the institution than their modern paintings and sculpture. Even lesser-known is their exceptional library. The couple amassed the world’s largest private collection of rare books by and about the Renaissance scientist and statesman Sir Francis Bacon. Still under the stewardship of the Francis Bacon Foundation established by the Arensbergs in 1937, this collection is now held by the Huntington Library in Pasadena, California.

New Perspectives on a Well-known History
Hollywood Arensberg aims to offer a more complete picture of the collector couple and their legacy. It revisits the parts of their story that are well-known, such as their friendship with Duchamp and their impact on the New York art world in the 1910s. But it also strives to fill the many gaps in our understanding of the collectors’ interests and motivations, including their immersive and dynamic approach to displaying art and their impact on the L.A. art scene. By focusing on their life on the West Coast, the book is an important intervention in the standard account of modern art in the U.S., dislodging the primacy of New York and offering a more nuanced understanding of local, national, and transnational currents of exchange and influence.

The Arensbergs moved to L.A. in 1921 and, by 1927, they had established their new home at 7065 Hillside Avenue, just north of Hollywood Boulevard. Built in 1920 by architect William Lee Woollett, the large house is a typical example of the then popular Mediterranean Revival style. The Arensbergs transformed the interior and the surrounding garden into a treasure trove of art in various media and from different cultures and historical periods. They constantly rehung their collections, forging new visual and symbolic connections and in the process blurring the boundary between the acts of creating, collecting, and curating. As art historian James Thrall Soby noted in 1945, “The house is invested with magic, as if it were a studio in which nearly all the finest modern artists had worked together, with what they created still holding the warmth and excitement of original discovery.” Meticulously researched and generously illustrated with rarely seen photographs, Hollywood Arensberg offers us a beguiling glimpse of the house’s magic.

The Oscar Kokoschka Collection: An All-encompassing Curiosity
Newsfeed
See all news
British Museum Will Sell 200 NFTS of Hokusai’s Works
Design Miami Launches New Partnership in Qatar
Vito Schnabel Launches NFT Auction Platform
Mexico Recovers Stolen 16th-Century Manuscripts
Not to be missed
Analyses
Collecting Art: Morozov and the Russian Art Connoiss…
On display at the Louis Vuitton Foundation in Paris this fall, the Morozov…
Analyses
Great British Painter: Dame Laura Knight
From arguing for women to be included in life drawing sessions at…
Analyses
Recreating Cosquer Cave: An Underwater Archaeological…
Part of the paintings designed to adorn a replica of the Cosquer…
Analyses
In the Crosshairs: Luma Arles Cultural Center
There is nothing quite like the Arles cultural center, an offshoot…