Hervé Bize, the Gallerist from the East

Hervé Bize, who opened his gallery in Nancy, Lorraine 30 years ago, has shown that Parisian centralism is not written in stone and that an alternative is possible. Eastern France is his base to conquer the world. 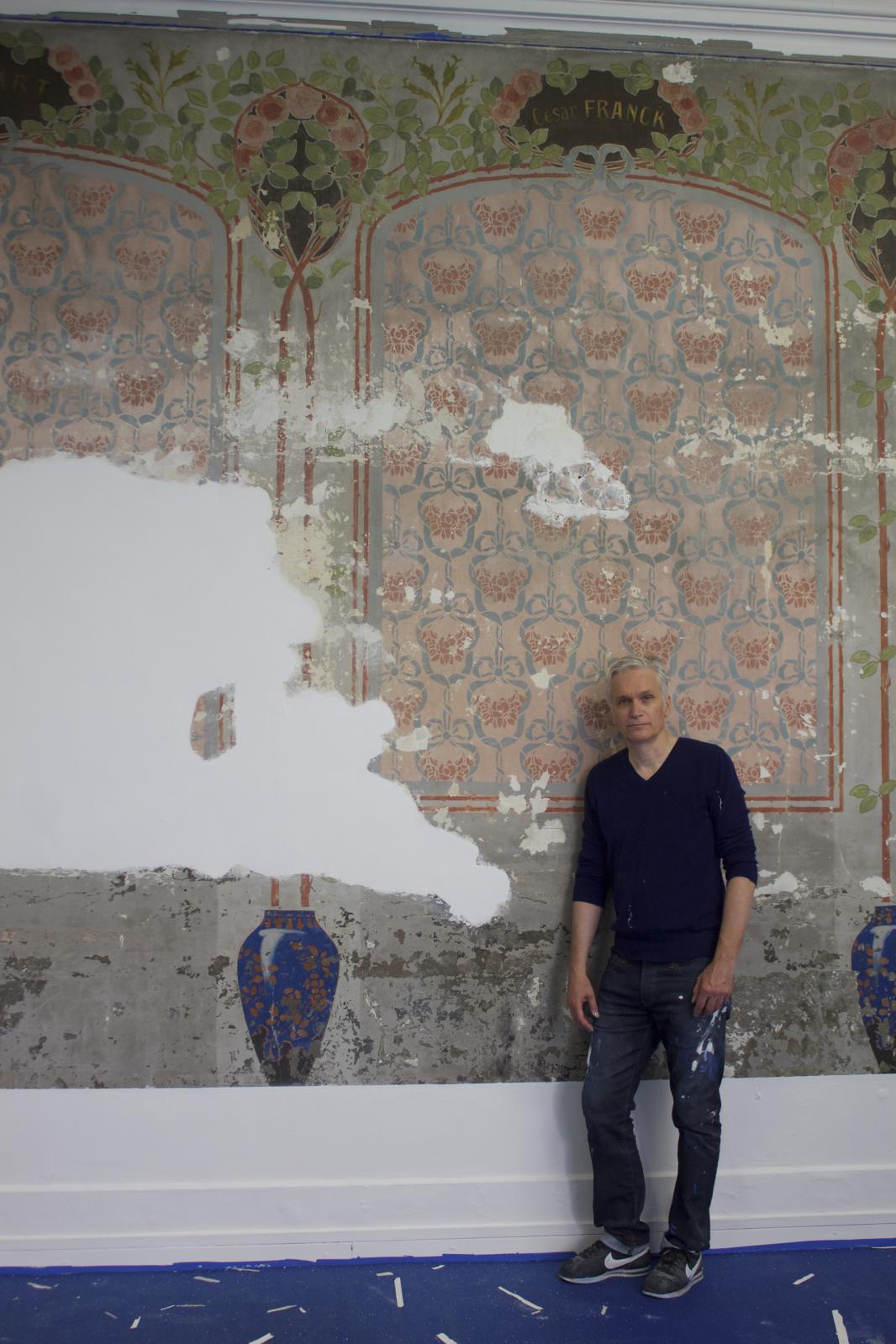 How did the adventure get started?
I was an artist doing my own work when I found out that one of my forebears was a painter, the quintessential nineteenth-century portraitist and landscape artist participating in salons. In 1986, I organised a contemporary art biennial at a disaffected warehouse in Nancy with around 20 artists from the Lorraine region. That’s when I became aware of the dearth of places outside Paris where art can be seen, which led me to open my own gallery three years later.

Do you have an exclusive contract with some artists?
framework. We’ve also built special relationships with visual artists such as François Morellet, which allows the gallery to have an expertise role on his work and to have been one of the few that contributed to his retrospective in New York organised by the Dia Art Foundation.

Do you participate in many international fairs?
Actually, I think there’s little equivalent for a gallery outside Paris, but after participating in Art Basel, the Armory Show and Frieze, I’m more drawn to human-scale fairs, like Independent New York, whose spirit is closer to our profile and aspirations.

Some fairs are more successful than others.
We also want to build stands connected to all the issues raised by the gallery, such as, for example at Independent in New York last March. It’s in southern Manhattan a few blocks from where Alain Jacquet lived (1939-2008). We based a monographic presentation on that simple idea, continuing on from what we offered at the Armory Show six years ago. Our stand at Expo Chicago, which took place from 19 to 22 September, also focused on Jacquet, but it was a way to recall that the Chicago Museum of Contemporary Art devoted a monographic exhibition to him 50 years ago. Another example is the fantastic stand we presented at Frieze New York in 2016, just before François Morellet died. That project, the last one carried out with the artist during his lifetime, made quite an impact and probably influenced the Dia Art Foundation’s decision to organise a Morellet retrospective in the United States a year later.

Your gallery handles the estate of André Cadere (1934-1978), to whom the Pompidou Centre in Paris devoted an exhibition several months ago.
Since 2009, when I showed a first piece at the FIAC, which was acquired by the Philadelphia Museum of Art, I’ve been working on a Cadere archives and catalogue raisonné, in the second volume of which we’d like to include parts of his work that are still little known. The output is small—he died at the age of 44 and therefore produced relatively little—but there’s still much to study, especially everything connected to his relationship to language, mainly with seldom shown textual pieces. Most of what people know about him is that he always carried a wooden stick, but that image is cartoonish to say the least (...) The goal is to place or replace his work in its historic context and underscore the relevance it still has today, for he continues to influence many artists and styles. Very young art historians and curators worldwide are interested in him, especially in the United States. For example, at the end of the month a Cadere show is opening at the Almine Rech Gallery in New York.

What’s new at the gallery?
We’re currently organising the first show in France by a young Romanian artist, Alexandra Sand, who was a fellow at the Villa Medici three years ago. She works in situ, without a studio. Last March she created a piece in Nancy revolving around Lespugue’s Venus, which is connected to the friendship she developed in Rome with the palaeoanthropologist Yves Coppens. As luck would have it, Ms Sand is Romanian so, of course, she’s familiar with Cadere’s work and importance, but there’s no direct connection. This fits in with another goal of the gallery’s work, which is to host the first shows of French or foreign artists, and we’re delighted to help Ms Sand carry out her project.

Marianne Rosenberg: Fundamentals and Determination
Not to be missed
Interviews