Seventeenth-century Dutch and Flemish artists painted many views of church interiors, which are popular with collectors. Around 50 will be exhibited in Cassel. 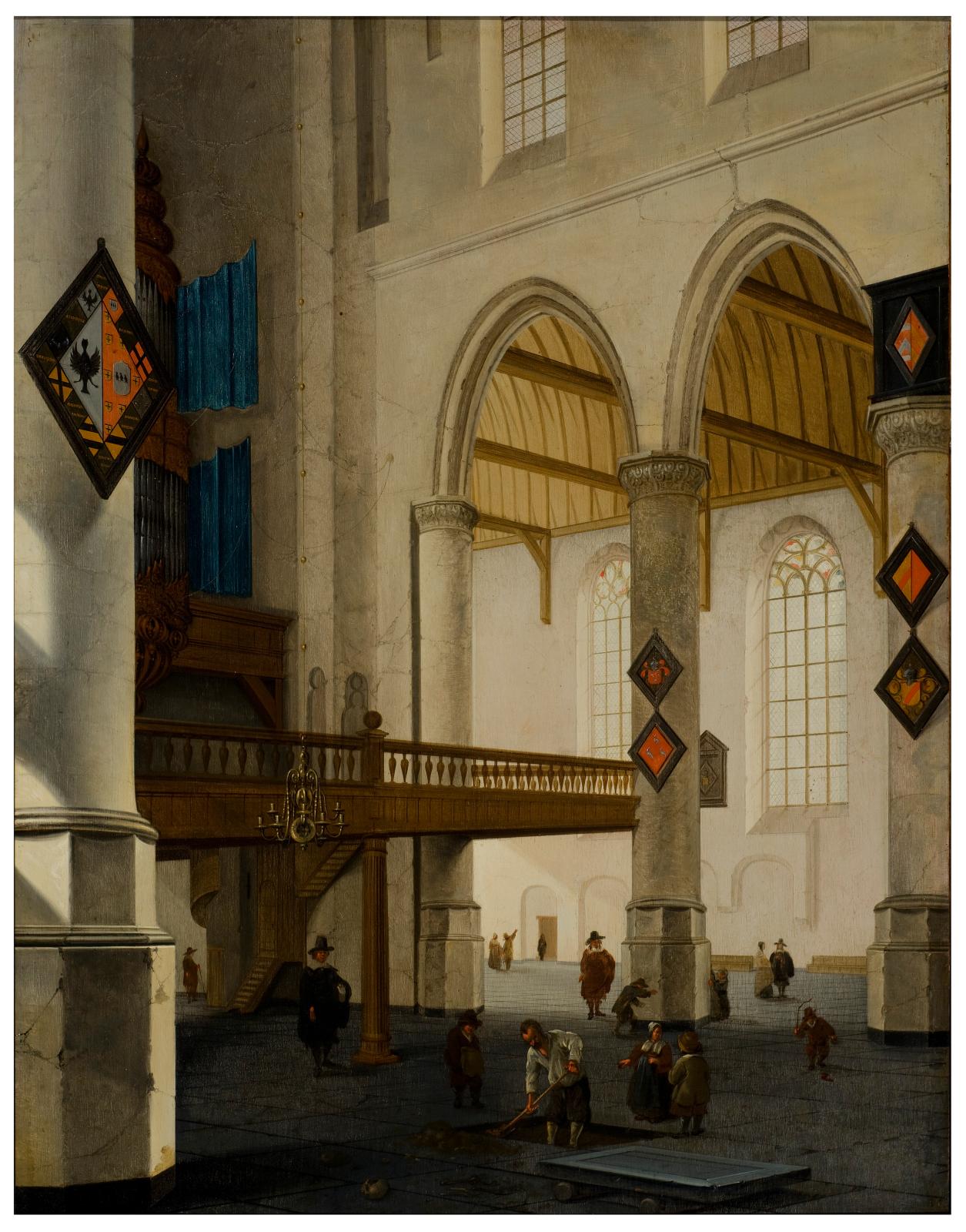 The late 1970s. A young French accountant strolling around London stops in his tracks. A dizzying view of pointed arches, delicate, tiny figures and divine clarity – an interior of Antwerp Cathedral by Pieter I Neefs (ca. 1570-1659) – pulls him into the Green Gallery. The small painting – around 20 centimetres – is his first acquisition. Within 40 years, the man who dreamed of being an architect, owned a collection of 16th and 17th-century Dutch and Flemish church interior views that is rare for its great coherence.
For the first time, he has accepted an invitation from a museum: the Musée de Flandre in Cassel, to exhibit his entire collection. Nearly 50 views of church interiors show the aftermath of the iconoclastic crisis in the Low Countries in 1566, when Catholic symbols and art works were destroyed. The vandalism led to a new painting genre: the interior church view. During the Eighty Years' War (1568–1648), which split the country between Protestants and Catholics, artists strove to depict a Church capable of recovering from the destruction it suffered. They treated light as a sacred element. The geometric scansion of the architecture is an expression of divine order, while animated scenes attest to the life that reigned in these buildings at the time. This documentary aspect can be found in the exhibition, divided between Flemish and Dutch artists, which shows two ways of living one's faith. One, Catholic, displays rich scenery in a rigorous perspective; the other, Protestant, features the décors’ simplicity while at the same time trying out new visual solutions, especially with regard to composition. At first, the reflection may seem binary. But the inclusion of two works by Wim Delvoye (born 1965) makes the subject matter more complex and anchors it in the present. He says that the rift between the various attitudes is a delusion: Flemish and Dutch artists compared their views and influenced each other, especially in Antwerp, during the Twelve Years’ Truce of 1609–1621. This nuance is the point of this show that, by inviting a specialist collector, reminds us that the dichotomy between museum and art market is no longer relevant.

The Bührle collection: the confused story of a collector