Goya as the Standard-Bearer of a "Classic" Collection

Little is known about the Parisian who built this collection, which includes jewelry, that combines quality and diversity. 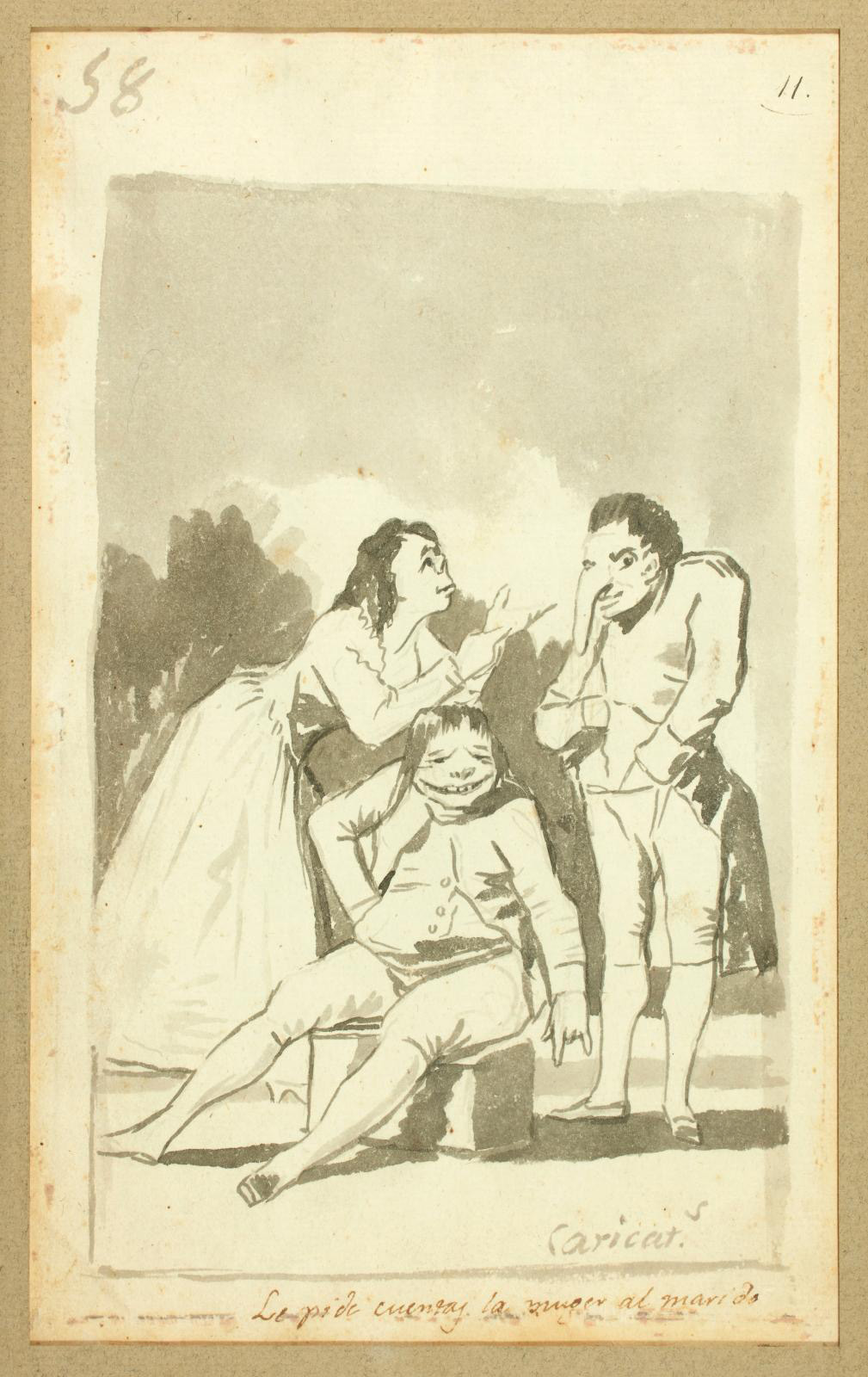 Three lots could fetch seven-figure bids, including €1.5/2.5 M for Venus with Cupid the Honey Thief—an allegorical work by Lucas Cranach the Younger that was in Prince Demidoff’s collection—and €2/3 M for a terracotta Virgin and Child by Michel Colombe, a sculptor from Tours.

A two-sided sepia wash drawing by Francisco de Goya from the B album—a series of about 100 numbered and captioned satirical drawings—will also stand out (see photo). Goya began the album in 1796 in Sanlúcar de Barrameda near Cadiz, where he was the Duchess of Alba’s guest, and completed it the following year in Madrid. When he died in 1828, his son Javier inherited the Private Albums and left most of them to his heirs. Sold to painter Federico de Madrazo, they were mounted in three volumes. Some individual drawings were purchased at an anonymous Paris auction in 1877. Five are in the Prado Museum.