The Musée de Grenoble in France has brought together all the Italian artist's works owned by the Magnani-Rocca Foundation, near Parma. Delicate paintings in muted tones that move the viewer through their mysterious silence. 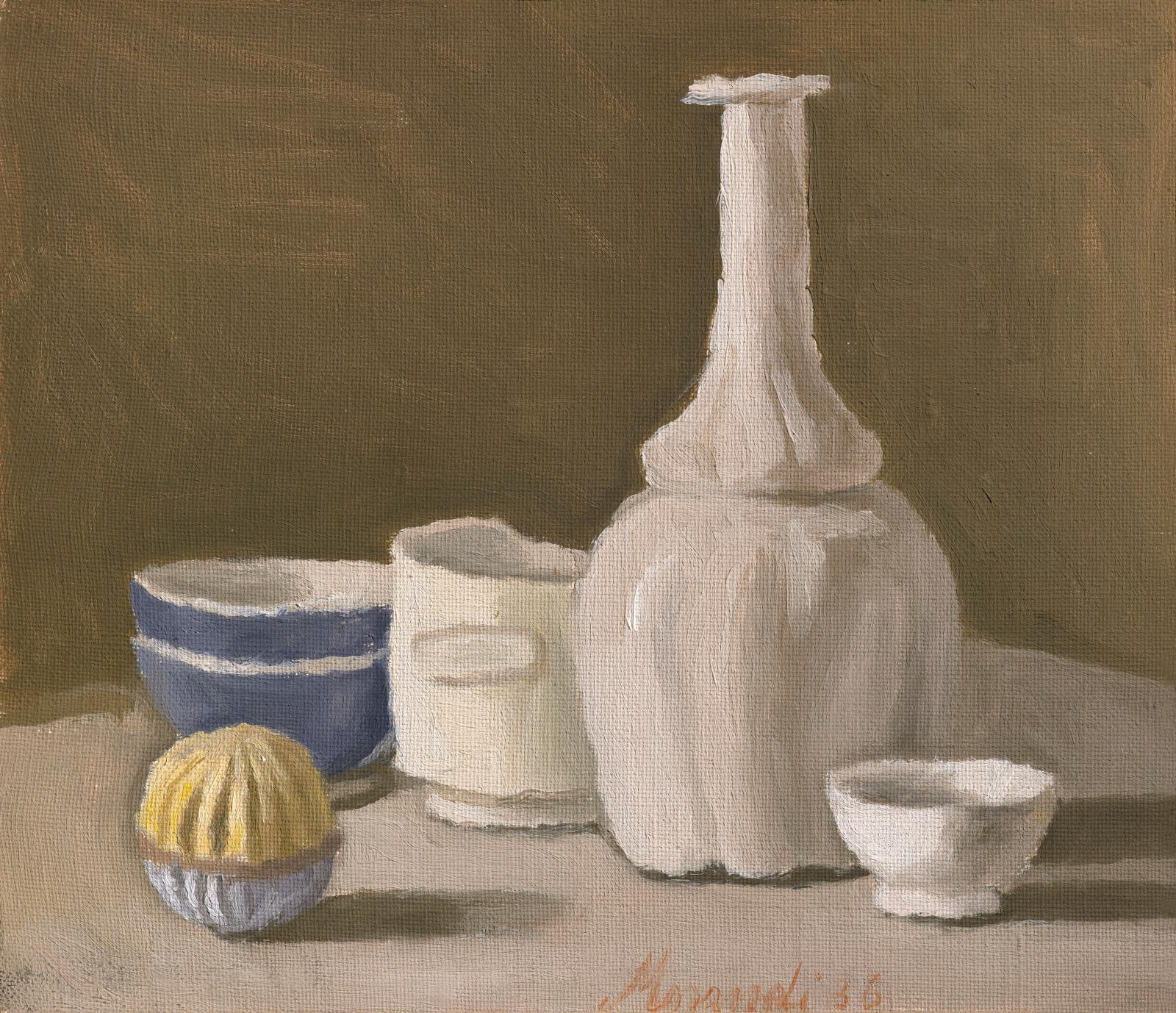 "I am convinced there is nothing more surreal or abstract than reality itself," said Giorgio Morandi (1890–1964). During his solitary life in the bedsit/studio in Bologna where he produced almost all his works, the artist humbly and tirelessly observed what daily life offered him. When he painted the outer world, it was what he saw from his window (his courtyard in his house on the Via Fondazza), and the still lifes that made him famous were based on simple groupings of boxes, cups and bottles. He created magic from virtually nothing. His delicate paintings in muted tones—beiges, browns and whites, enhanced here and there by a dull red or a bluish-gray—move the viewer by the mystery of their silence. Apart from a very few self-portraits, the human figure is absent.

The works presented in Grenoble come from a collection housed in the Magnani-Rocca Foundation, near Parma, which includes some fifty paintings, engravings and drawings, all brought together here. "Morandi's friend Luigi Magnani, the musicologist, wanted to build up a representative collection of his work. He bought most pieces during the artist's lifetime, later adding to the collection with some of his early paintings: metaphysical works stylistically close to those of De Chirico and Carlo Carrà," says Guy Tosatto, the exhibition's curator alongside Sophie Bernard and Alice Ensabella. Morandi saw painting as a way to move beyond things. The exhibition is chronological and follows the gradual evolution of his art of variation through to its most refined form.