Some 140 works—paintings, lithographs, gouaches, sculptures, and installations—look back over the pictorial and literary odyssey of this creator without borders. An initiatory journey into the mysteries of the word and the triumph of the figure. 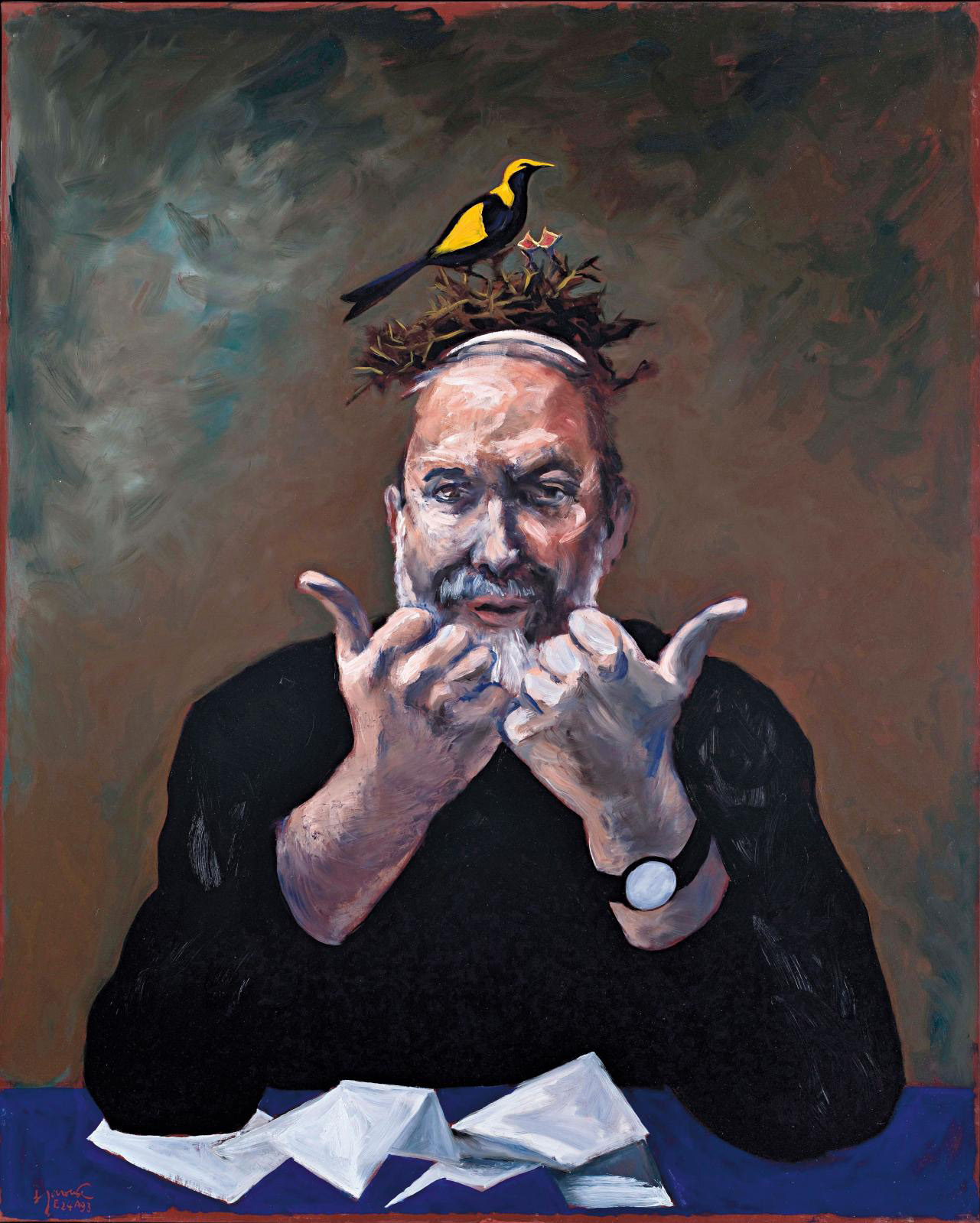 Every retrospective makes up a narrative and retraces a path. The one taken by the French painter Gérard Garouste (b. 1946) for half a century is like a long poem, a hybrid epic, nourished by humanity’s great texts, whose meanings, codes and secrets are unearthed by the painter. A few words (“En chemin le passeur...”—“The go-between’s path”), highlighted on the first walls, invite visitors to follow him. Like a cadavre exquis (exquisite corpse), increased by one line in each new section of the exhibition, a Surrealist text gradually takes shape, poetically evoking how his view of the human world developed. Here writing, painting, myth and poetry go hand in hand.

Exhibition curator Sophie Duplaix provides a chronological, well-spaced, straightforward hang of the 120 paintings on display (90 of them from private collections), and traces the painter's career from Le Classique et L’Indien (The Classic and the Indian: 1970) to his recent works, Correspondances (2021). It shows the painter's firm commitment to figuration at a time when abstract art held sway. It reveals his passion for El Greco's tenebrist skies and Tintoretto’s changing vibrations, where dazzling brightness, lunacy, playfulness, joy, mystery and revelation all mingle harmoniously. Above all, we come face to face with a work in constant movement, constructed like an endless book and to be read as such, which unfolds in chapters, going ever further into the mysteries and passions of the human soul.

Throughout the 19 rooms of this retrospective—the last was in 1988—the painter opens his theater to us, where bodies, meanings, and signs twist and turn, the portraits of his close circle become myths, and nothing is ever certain. No wonder, then, that the club Le Palace, the beating heart of Paris nightlife at the turn of the 1980s, was a starting point for him. Here Garouste set up his ephemeral decorations, reconstructed in a slide show immersed in red-flushed nocturnal darkness. From there, the storyteller, explorer of words and dreams, launched into the mysteries of the universe. His painting Adhara (named after the brightest star in the constellation Canis Major), spotted by the dealer Leo Castelli, propelled him onto the international art market. The allegorical side of legends and Biblical or Talmudic texts became his driving force, nourishing a personal mythology that came to include Dante, Cervantes, and Kafka as he explored their work.

A virtuoso colorist, he juggles both literary references and chromatic depths in Le Pendu, le vase et le miroir (The Hanged Man, the Vase and the Mirror). His monumental installation La Dive Bacbuc, a kind of magic lantern with indiscreet viewpoints, has something of Duchamp’s Étant donnés.

With comparisons and analogies, the painter unites the history of painting with a personal exegesis of the written word, signs, and feelings. He builds a story full of compartments and secret depths: a dialogue of the mind and awareness in which he is narrator, witness, and player all at once. Like an apotheosis, his triptych Le Banquet (The Feast), bringing Kafka and the Kabbalah together, is a coup de théâtre, an introspective question. As a painter of human thought, Gérard Garouste is a conveyor of the mysteries that resonate within each of us, offering his work as an imprint on the future, an alphabet to be constantly deciphered.