As the second Geneva fine jewellery fair takes place, we look at the results for last year’s participants and how its founders, two dealers in precious stones, view the future. 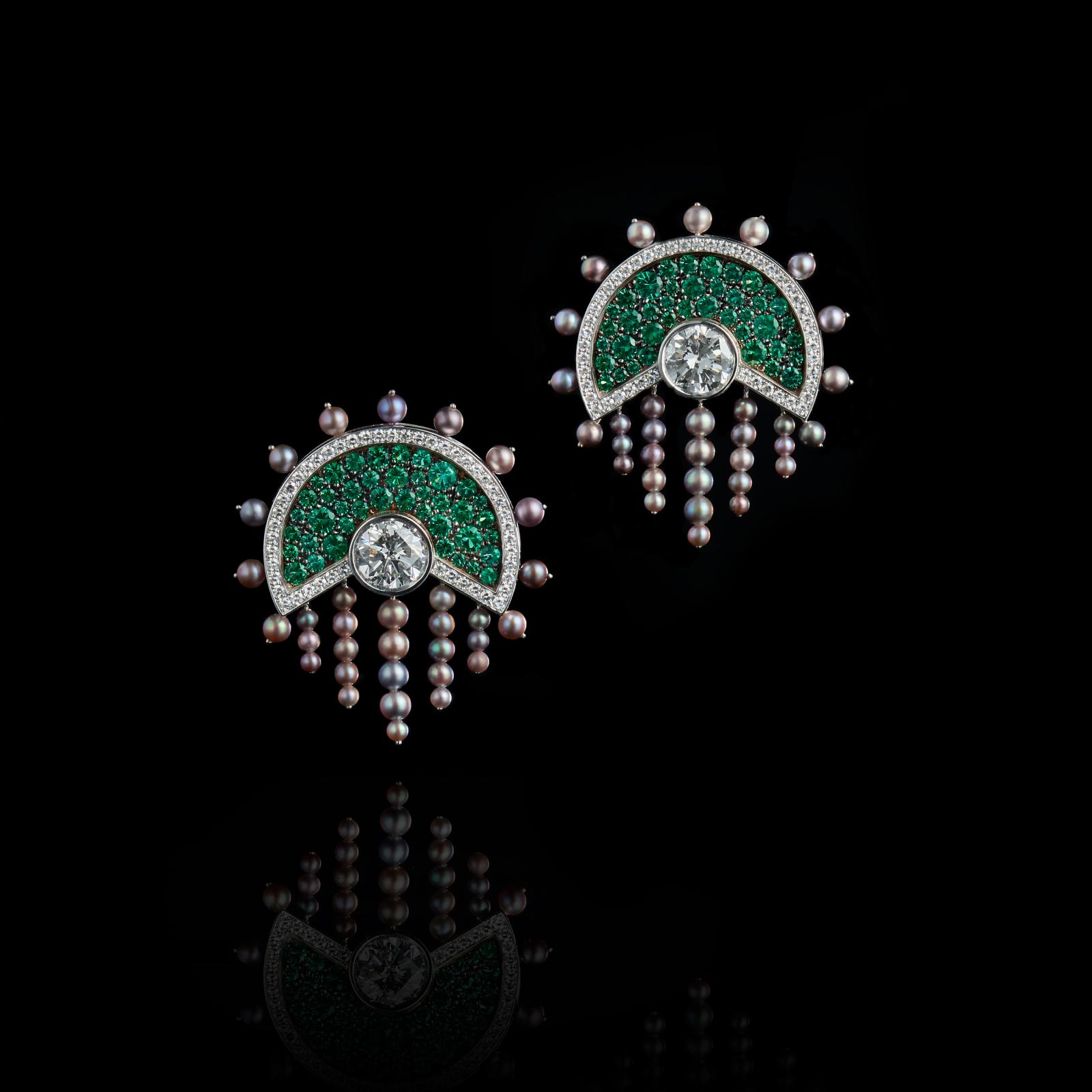 "GemGeneve is the only fair I’ve participated in,” says French designer Emmanuel Tarpin, 25. “It’s a real springboard for designers.” His first earrings, "Geranium", drew notice in the Christie’s catalogue and were sold in New York for $25,000 in December 2017. British journalist and art historian Vivienne Becker, who is in charge of looking for talented designers, discovered him after the organisers of GemGeneve gave her a mission: find "safe bets" to launch their fair. Cofounders Thomas Faerber and Ronny Totah wanted to offer professionals and the general public a fair of reference, like their reputation. Faerber specialises in precious stones and antique jewellery. He acquired one of the finest First Empire pieces for the Louvre Museum’s Apollo Gallery: the historic jewellery of Archduchess Marie-Louise, Napoleon I’s second wife. For that achievement he was awarded the Knight of the Order of Arts and Letters medal in 2004. In contrast, Totah is an engineer by training. But a passion for Kashmir sapphires and natural pearls led him to team up with Teddy Horovitz, nicknamed Geneva’s "gem king", and he soon made his mark. Convinced that the big fairs give jewellery short shrift, Faerber and Totah created GemGeneve in 2018. Their concept—exhibiting and organising at the same time—was a revolution. The road to their initiative took years, but turning it into reality was a matter of months. "The communication strategy had two main pillars,” says Jasmine Vidal, the fair’s director of communication and press relations. “A strong visual identity and wide media coverage." All the exhibitors interviewed underscored that the presence of 150 international media outlets boosted the event’s name recognition.

In the Spotlight
Valais jeweller and designer Grégoire Maret’s pieces set with mine rose, a precious stone extracted from Swiss soil, created a buzz. “After the fair,” he says, “I was swamped with customers, mostly from my own region.” Then Maret started Pierre d’Alexis. In 2019, he is treating everybody who buys jewellery set with the pink stone to a night at a Valais hotel. The international media cast a spotlight on a couple of Swiss designers whose brand is called Oselieri-Racine Jewellery. Their unique style, halfway between classicism and Art Deco, created a stir, but no sale was concluded during the event. They explained this by the fact that European consumers of luxury objects have new habits. “I noticed that their purchases of fine jewellery aren’t very spontaneous,” says Pedro Oselieri Lopes, 34. “They wait to see whether new brands can keep the same level of quality first and especially, whether they’ll last, because many of them disappear after three to five years. Customers want to invest in items that will increase in value. The more famous a brand becomes, the more desirable it will be.” The organisers of GemGeneve corroborate his analysis. Totah says that, despite a rather challenging market, beautiful one-off pieces will always find buyers whatever the price.

A New Deal
The second GemGeneve offered unprecedented values, a rich programme of conferences and talent from around the world. Taiwan participated for the first time. Although the number of exhibitors rose from 147 to 210, the organisers intend to keep the event small. That may seem odd considering how many players on the design, antique jewellery and precious stone markets want to exhibit at GemGeneve. The spread of information on the Internet, opening of borders and easier travel have burst the small group of insiders on those markets wide open. This new situation has also changed sales relationships, once based on handshakes, reputation and mutual trust among a very narrow circle of protagonists. That explains why GemGeneve is going back to basics: a small number of hand-picked, well-known professionals in an intimate ambiance. "At GemGeneve,” says Geneva antique dealer Jacques Sitbon, who owns the company Larengregor, “we saw customers who haven’t been to Baselworld in years.” What about tomorrow? “If the Chinese start taking an interest in antique jewellery, prices will soar,” says Totah. Faerber adds, “Customers are putting less trust in coins, whose prices constantly vary, and more in old values like gold and precious stones.”

A Note of Optimism as Artgenève Blows Out its Ten Candles

The Grand Comeback of the Biennale: The French Fair
Not to be missed
Fairs