From 1883, when he stopped working as a stockbroker, Paul Gauguin (1848-1903) lived by his wits for a long while, relying on financial support from friends like Émile Schuffenecker. But when he was seized with a strange desire to go to Tahiti, he had to find the means to do so. This dream was inspired by reading a tourist... 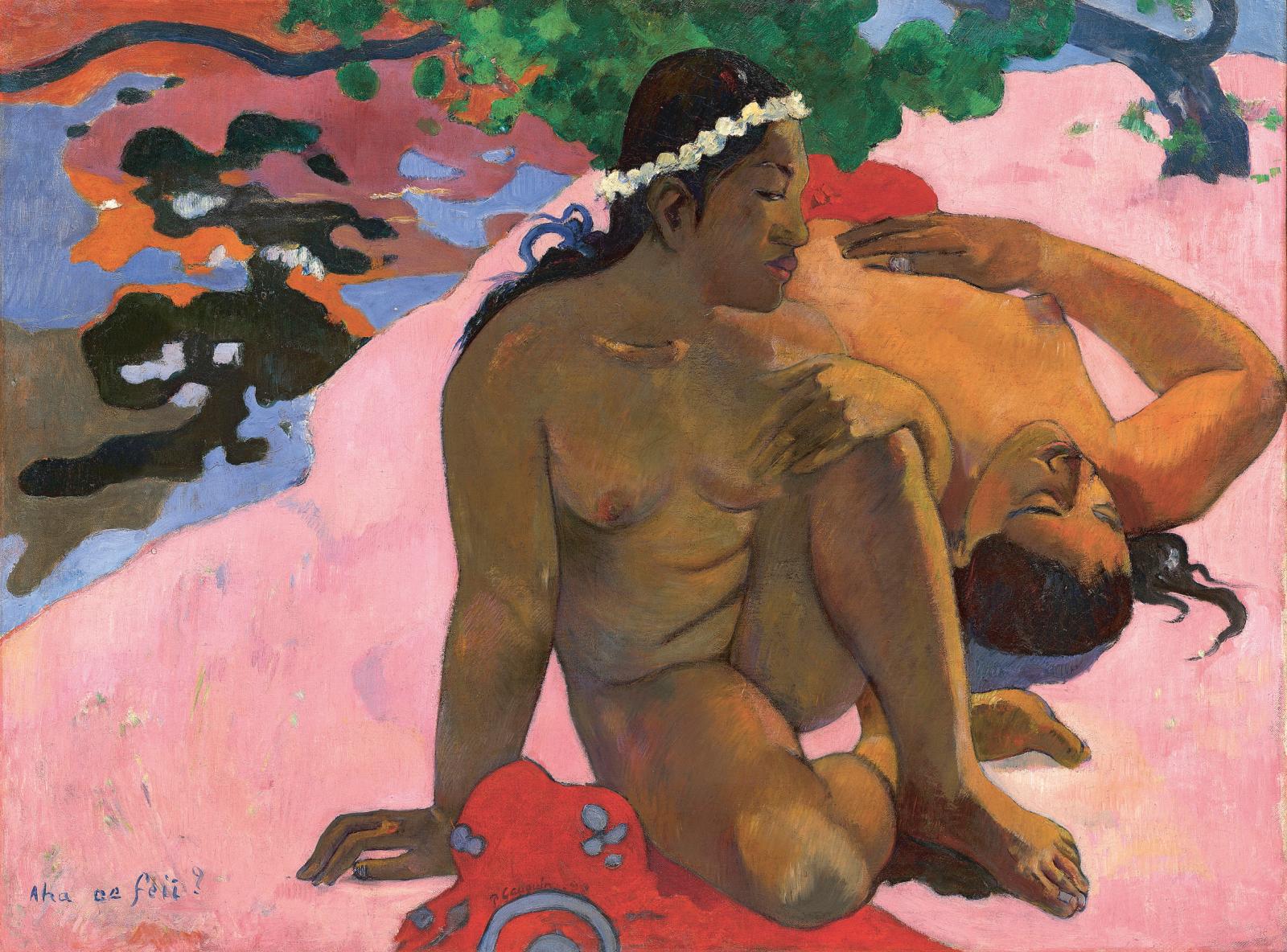 "Supporting Him in Solitude"
In Polynesia, the nest egg soon disappeared, particularly as the artist spent freely. He sent various paintings to Copenhagen, where a nude study sold for FF900. But he refused to part with "Manao Tupapau" ("Spirit of the Dead Watching"), "unless it fetches FF2,000." "I left Paris after a victory," but "I'm in the soup now," he wrote in May 1892, saying that he had "not made a sou in 18 months" from his painting. On 30 August 1893, he landed in Marseille with four francs in his pocket. In November, he exhibited 44 paintings at the Durand-Ruel gallery – only eleven were sold – and two sculptures. By now eager to leave again, he decided to repeat the Drouot experience. This sale, conducted by François Sarrus, took place on 28 February 1895. The preface, requested from August Strindberg, was paradoxical because in it the writer explains that he cannot meet this request: " “I cannot grasp your art and I cannot like it. Your art, now exclusively Tahitian, has no purchase on me." Nonetheless, he wished the painter "bon voyage". This time, an expert was called in – Alexandre Bernheim –, but the catalogue, consisting of 49 listed numbers (two-thirds of them pieces unsold at Durand-Ruel), as well as "drawings and engravings", with no further details, was just as terse. Nor can the titles in Tahitian have helped. This decision could well have been Gauguin's: it certainly reflects his character. The press struggled to understand his attraction to these indigenous women with their copper skins and incomprehensible jargon. A journalist even accused him of trying to impress the "Paris bourgeoisie"… Accounts of the event have always implied that the painter only sold nine pictures, but a document we have discovered sheds a different light on the matter. According to the report published by La Gazette, 21 were sold, totalling a little over FF8,000.

Auction Houses: The Year at a Glance
Not to be missed
Market Trends