An advocate of contemporary painting and sculpture in the post-war years, the art critic and historian is now the hero of auctions. Thirty works from his private collection tell the tale of a fascinating career. 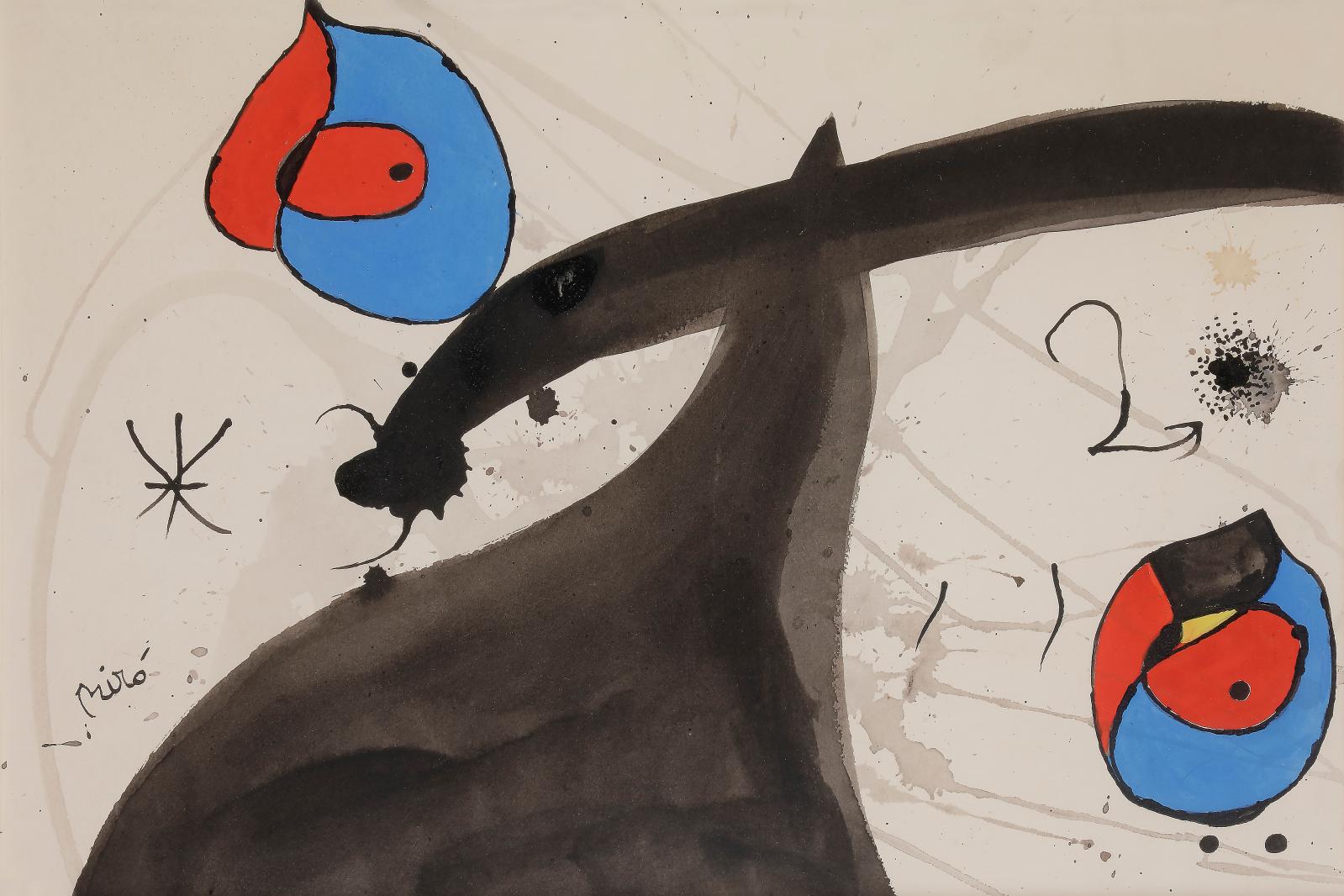 An auction will shortly reveal part of Gaston Diehl's collection, eleven years after his death: thirty works by Pierre Alechinsky, Bernard Buffet, Maurice Estève, Alfred Manessier, Serge Poliakoff, Gérard Schneider and Zao Wou-ki, among others – all artists defended by the critic throughout his career. Most of these oils and watercolours were gifts; some were dedicated to him in friendship. An art historian and influential journalist, Diehl published some twenty books, not to mention a hundred and eighty-odd press articles and catalogue texts. But this unobtrusive man was not someone to put himself forward. He was always impeccably dressed: "I never saw him without a tie, even on holiday" – says his eldest daughter, Arielle North. This aesthete was emotional and highly sensitive, too. During a tribute paid to him in 2000, at the Fondation nationale des arts graphiques et plastiques, his colleagues all unanimously saluted his modesty. Yet Gaston Diehl had much to be proud of.

In 1943, during the Occupation, to support art considered "degenerate" by National Socialism, he secretly brought together engravers, painters and sculptors in the back room of a Paris café, sometimes on rue Dauphine, sometimes on Place du Palais-Royal. Many of the visual artists he brought together – Bazaine, Manessier, Estève, Le Moal, Pignon – soon formed the Second Paris School. These meetings prefigure the Salon de Mai founded by Diehl, which first took place at the Pierre Maurs gallery in 1945. Two years later, the event officially entered the Musée d’Art Moderne de la Ville de Paris. "What a splendid venture! This annual get-together had a phenomenal impact!" enthused art critic Lydia Harambourg, who was its president from 2002 to 2004. "The event brought together all the post-war living art movements right through to Pop art, narrative figuration, kinetic art, CoBra and hard-core abstraction – nothing was left out. Although illustrious names like Matisse, Picasso, Miró, Maillol and Zadkine took part, the aim was to invite promising creators. Mathieu exhibited there for the first time; Arman and César were sponsored by Germaine Richier. What a springboard!" Gaston Diehl was the president of the Salon for over five decades.

A demand to be astonished
Where did this vocation come from? His mother, a widow of the Great War, and a modest employee of the Banque de France, where she was given her husband's job, took the young Gaston to Paris museums every Saturday and Sunday. Every scrap she could save went towards travels in Greece, Italy and the Netherlands so that her son could discover European culture. He was admitted to the Institut d'Art et d’Archéologie, and the École du Louvre. Diehl wanted to be a painter, but lacked the talent – so he defended painting instead. "His gift was to make people love what he loved," says the artist Yvon Taillandier. "He was someone who united people." In 1935, while still a student, Diehl started his first review, Regain, with a few friends, then published articles regularly in various newspapers. Not only a writer, Diehl also explored the world of film. In 1948, he coproduced Van Gogh, directed by a newcomer, Alain Resnais. It won the Oscar for the best two-reel short film.
Diehl wrote with the same passion about great names of the past and living artists alike, producing monographs on El Greco, Goya, Delacroix, Derain, Modigliani, Miró, Pascin and Vasarely. He was an open-minded historian who haunted studios and regularly attended exhibition previews, eager to sniff out new talent. "He demanded to be astonished," says his son Olivier. His biography of Henri Matisse, published in 1954 a few months before the master's death, remains a reference, based on seven years of interviews and correspondence – a hundred-odd letters.

A new life
Meanwhile, Diehl left Paris. An art history teaching post came up in Caracas, and he leapt at the chance to expand his horizons. The Frenchman taught at Caracas University and the School of Fine Arts, and was such a success that he was appointed cultural adviser to the Venezuela embassy. Latin America introduced him to Fernando Botero, Roberto Matta and Wifredo Lam. He was the one who encouraged kinetic art exponents Jesús-Rafael Soto and Carlos Cruz-Diez to move to Paris, where they found recognition. The ambassador for contemporary creation even staged an edition of the Salon de Mai in Cuba. His retrospective "From Manet to the present day", which he brought to Caracas, is indelibly etched on people's memories.
In 1960, Diehl moved to Morocco revealed to him by Delacroix and Matisse. Then André Malraux called him back to Paris to head the artistic action exhibitions office at the Ministry of Foreign Affairs. His many exploits included organizing the arrival of the "Treasure of Tutankhamen" exhibition at the Petit Palais in 1967, which attracted 1.2 million visitors – an admissions record that was unrivalled for years. Diehl became an official, political figure. But he never stopped writing. Right up to the last years of this life, the octogenarian drafted texts for invitations and catalogue prefaces, thus supporting galleries that promoted figuration. Gaston Diehl had an eye; he also had a heart.

Walking Alongside Albert Marquet
Not to be missed
Pre-sale