Gallerist Xavier Eeckhout focuses on French, Belgian and Swiss animal artists between 1900 and 1950, a niche that may seem narrow but where discoveries pay off. 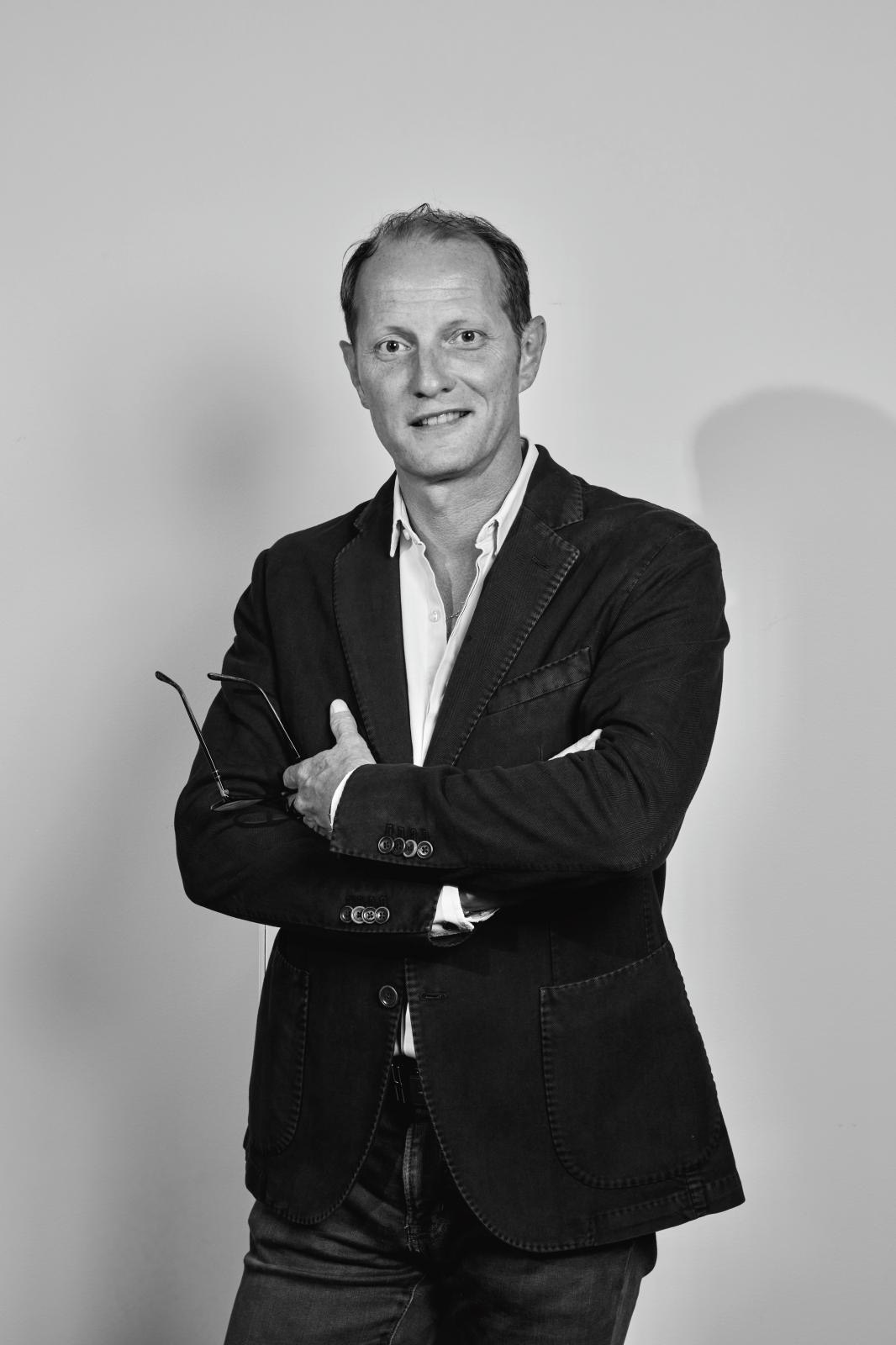 Since 2005, you’ve specialized in animal art, a market that’s going through great changes. How do you explain this?
For a long time, bronze animal sculptures were decorative objects and the relationship between the artist and founder or the rarity of a piece didn’t matter. After the Rembrandt Bugatti and François Pompon exhibitions at the Musée d’Orsay, several shows, like “La beauté animale” (“Animal Beauty”) at the Grand Palais and the one on the foremost figures in animal art at the Musée des Années 30 (Museum of the 1930s, Boulogne-Billancourt) in 2012, have helped raise awareness of their value and teach us how to look at them: in the 19th century, 99% of bronzes were sand casts and in the 20th, 99% were lost-wax. In the latter case, the mold is broken after each edition. Usually, the sculptor does the retouching and has a say on the patina; the signature is written in the wax itself. The reliefs are sharper, the sculptures more lifelike and the patinas deeper. These points and differences have changed the appreciation of such bronzes. They’re considered works of art and have fueled the market’s growth.

Do prices depend on the founders’ names?
Yes. The works that Hébrard cast for Pompon are less interesting than those produced at the Valsuani foundry. Hébrard made beautiful works that he numbered without Pompon’s supervision, while at the Valsuani foundry, the artist kept an eye on every step, from the casting to the chasing and patina. They’re really artist’s proofs.

Is there a significant price gap?
It’s about 40/50%, but those pieces are not meant for the same kind of collectors. Beginners can’t tell the difference. Only highly knowledgeable collectors with great taste and a sharp eye for detail can tell the difference and are willing to pay for these distinctions.

How have prices changed in 15 years?
I have a striking example: we’ve just published the catalogue raisonné of Roger Godchaux (1878–1958) as part of an exhibition that opened on September 16, 2021, where a small lion cub sold for €18,000, compared to €4,200 in 2005. Prices for a Bugatti, the best-known animal artist, have risen by 50% and a beautiful bronze partridge by François Pompon that once fetched €25,000 sold for €100,000. Every major artist collected nationally became international. The 2019 Christie’s New York “La Ménagerie” sale played a key role in this. The sale included sculptures by Édouard-Marcel Sandoz (1881–1971) and Charles Artus (1897–1978) that British and American auction houses weren’t previously interested in because they weren’t considered important enough before. For four or five years, I’ve been selling works by Pompon in South America, England, Switzerland, New York, California, Asia and other places. That keeps prices high: €400,000 for an antelope and a zebra by Bugatti and €4.5 M at Sotheby’s on November 4, 2021, for Claude and François-Xavier Lalanne’s Pomme de Ben (Ben’s Apple), which I had a hard time selling for €300,000 at the 2014 Biennale des Antiquaires. The market for some artists has become very strong and a lot of money is circulating, which is hard for collectors to understand, especially those who collect out of passion and can't keep up. Others collect as an investment, especially since these works are very easy to resell.

Why did you publish the Godchaux catalogue raisonné?
The goal was to spread the word about Godchaux, whom I’ve loved for a long time. As luck would have it, I met his grandson, Jean-François Dunand, who collects his grandfather’s works. He even bought one from me. He had all the documentation, writings, contracts, letters, etc., so together we set down to work on the catalogue raisonné. My collaborator Aurélie Pagot made a huge contribution to the project. It’s exciting to explain to people why a work by Godchaux that was worth €5,000 15 years ago is worth 25,000 today, or a pair of playing lion cubs that fetched €30,000 at Cannes Enchères in 2016 sold for €72,000 at Prado Falque Enchères in October 2021. By delving into his life and understanding that he produced very limited editions, we realized that he’s a major artist who’s been underpriced for too long.

How do you explain the popularity of animal art?
Beyond the quality of their works, collectors find these artists’ stories interesting and touching. Most of them were close to each other. They would meet every day at the Jardin des Plantes zoo in Paris. Belgian artists like Albéric Collin (1886–1962) would meet at the Antwerp Zoo, which at the time, 1930, was the biggest zoo with the highest variety of animals in the world. All were passionate and none was rich. Pompon began making a good living in 1926 but died in 1933. To survive, Godchaux was a stockbroker or a wax retoucher at Susse Frères; he died destitute in the 14th arrondissement in 1958 without ever being successful. Marcel Lémar (1892–1941) committed suicide in utter poverty. Georges Guyot (1885–1973) died penniless at the Bateau-Lavoir in Paris. Bugatti committed suicide very early, in 1916, but produced a prodigious amount of work: 400 or 500 sculptures in 15 years. Most of these artists led sad lives, which makes them endearing. Perhaps French collectors are unconsciously paying them a belated tribute.

Are your collectors interested in only one artist or animal?
Some are. One collector is fixated on Albéric Collin; he loves his life and work. Another only looks for sculptures of elephants, no matter who the artist is, but 80% of them are bronze. It’s often a matter of love at first sight with an affectionate aspect. Some animals sell better than others, like felines, horses and elephants.

What has been the biggest surprise in your career?
I’d rather say that what’s touched me the most in all these years is how much collectors have trusted me and followed my advice, even when I recommend artists they’ve never heard of. At the 2018 Tefaf, for example, we featured two beautiful ducks by Yves de Coëtlogon (1913–1973), an aristocratic artist who lived in Northern France, and they stuck with us. Their great loyalty is a wonderful reward.

What are your plans?
After participating in Brafa and Tefaf in Maastricht, I’m planning to present a show in the second quarter on female animal sculptors, including Marguerite de Bayser-Gratry, Jeanne Piffard, Jeanne Poupelet, Berthe Martinie and Antoinette Champetier de Ribes, a young woman who signed her works SEBIR to remain unrecognized. Their prices are often below €10,000 even though they’re very talented artists.

Xavier Eeckhout
in five dates
1999
Sets up shop at the Vanves flea market as a general antique dealer while auctioneering at a Senlis auction house
2000
Opens a gallery on rue Saint-Lazare
2005
Moves to the Drouot neighborhood, rue de la Grange-Batelière; first sculpture exhibition
2010
First Brafa; five years later, invited to the TEFAF Showcase in Maastricht
2018
Moves to rue Jacques-Callot in the Saint-Germain-des-Prés neighborhood