Two artists shared the spotlight at this contemporary art sale in Neuilly: one with his simplicity, the other with his play with codes. 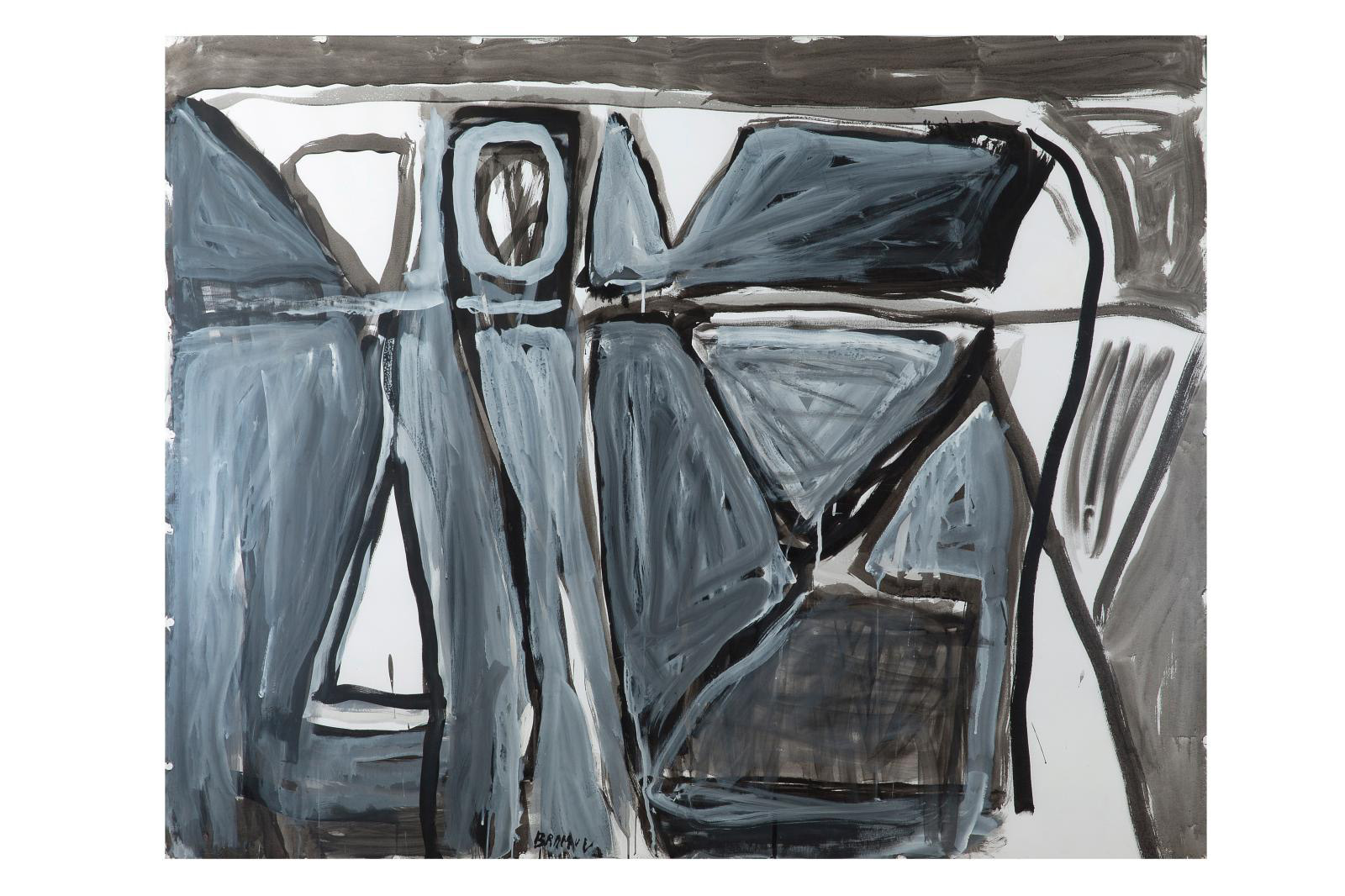 This 1977 work by Dutch painter Bram Van Velde, which fetched €220,520, is typical of his late period. The artist, whose work was gradually recognized from the 1960s onwards, was honored in France by a retrospective at the Musée d'Art Moderne in 1970. He painted this picture in Arles or Grimaud, where he retired for good in 1980, a year before his death. He abandoned color to focus on black and white, tracing interlocking structures and triangles softened by a few round forms. His palette then moved towards mauve and red, and he made play with the drips and traces left by his actions, creating effects of shading. He found this freedom in gouache, which he had used from the beginning of his career, first mixing it with oil to create a material with apparent volume due to the crackling effect it produced. Here he combined it with Indian ink wash, a technique he was taught by the artist Pierre Alechinsky.

In contrast with this rather sober painting, Andy Warhol's colors blazed in the silkscreen and acrylic on canvas, Moon Explorer, which at €226,900 doubled its estimate. Signed and dated 1983, it carried the label of the Bischofberger Gallery in Zurich (35.5 x 28.5 cm/14 x 11.2 in). A year earlier, the gallery had suggested he create works for children. Here he drew inspiration from his toy collection. Playing the game to the end, he broke with the codes of art exhibitions by hanging his works some 15 inches from the ground, at the height of a 5-year-old child, on a blue wall enlivened by silver fishes. Adults not accompanied by a child had to pay for admission to discover these "Toy Paintings". Meanwhile €136,500 went to Les Belles Fleurs Bleues, la tapisserie, la tête de veau (Pretty Blue Flowers, Tapestry, Calf's Head) by Robert Combas: a 1988 acrylic on canvas from his "natures mortes et vivantes" series of still lifes (142 x 182 cm/55.9 x 71.7 in).