Free-Form According to Charlotte Perriand

This free-form table was bought in Paris in the 1960s and has remained in a collection in the Jura ever since. It was one of the famous architect’s signature designs. 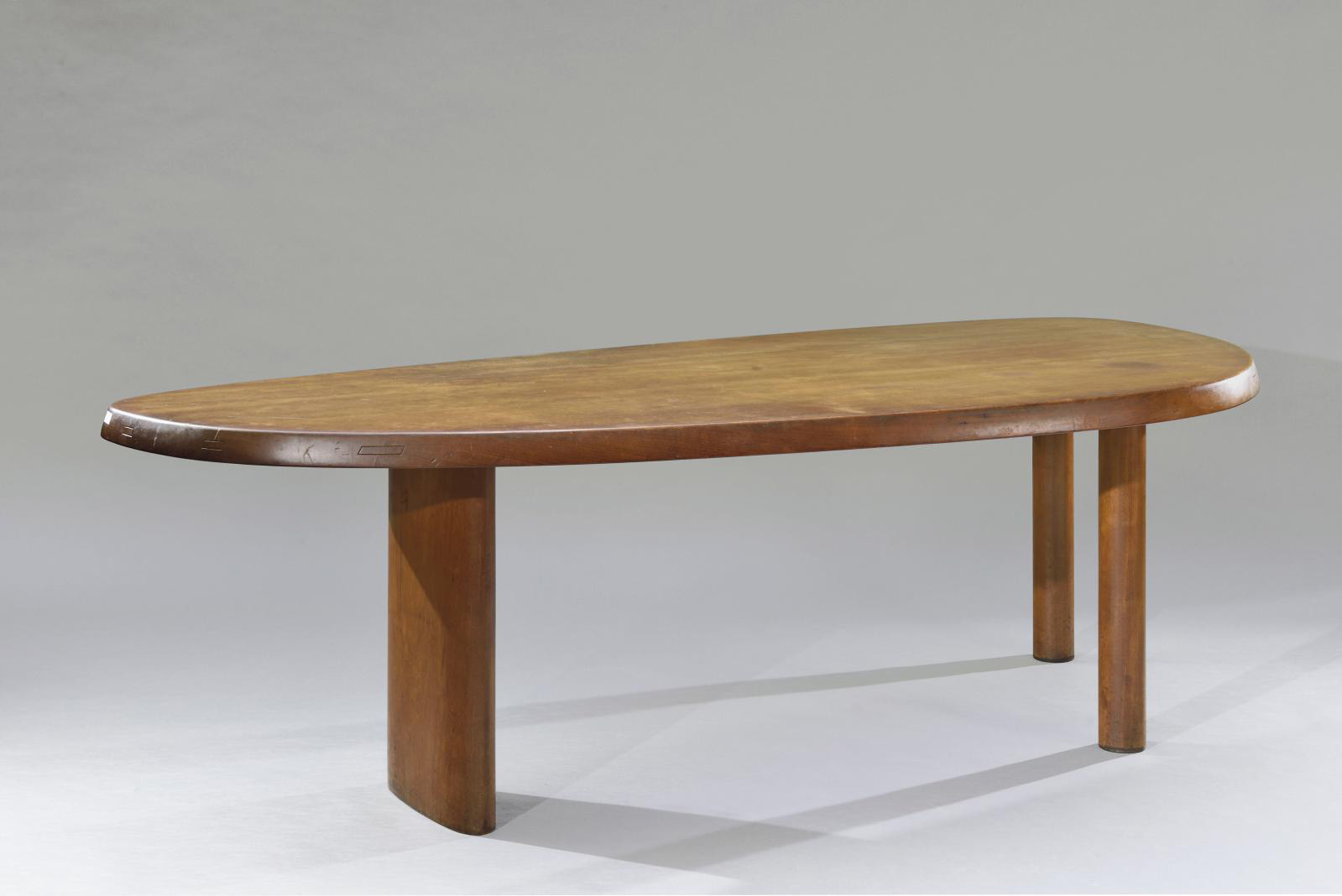 This wooden table with a modern shape, totally free of all constraints, is one of Charlotte Perriand’s finest achievements. Deeply affected by the poverty of the working classes, in 1936 the architect turned to wood as her material of choice for the Salon des Arts Ménagers, where she presented a room measuring three by four meters/10.84 x 13.12 feet, a common size in the period’s low-income housing units. Perriand proposed affordable free-form furniture, including a large solid oak table, folding and stackable tubular armchairs and metal storage racks. Continuing to experiment with this kind of furniture, in 1937 she designed a fir-plank table for her Montparnasse apartment with materials that had been salvaged from the dismantled Pavillon des Temps Nouveaux (Pavillion of the New Age).

based on the room’s fixed elements and available space, this Table en forme is a one-off prototype for her future creations. The design, featuring rounded, asymmetrical shapes, enables a large number of people to sit around it. The following year, Perriand implemented the same idea for the editor of Ce soir magazine, Jean-Richard Bloch, who wanted a desk that could accommodate all of his staff. To that end, she gave it the shape of a boomerang. Perriand continued her experiments in the 1950s, designing a high-legged table for the Maison du Mexique at the Cité Universitaire de Paris in 1952 and, the following year, this free-form table called "Feuille" (“Leaf”), which Steph Simon began producing in 1956. While drawing on age-old craftsmanship, Perriand succeeded in creating modern, functional furniture in total harmony with nature.

Print the article
Newsfeed
See all news
Large Contingent of Exhibitors for Frieze Seoul
Henri Loyrette to Head the Board of Directors of the Giacometti Foundation
Saint-Brieuc: Georges Moreau de Tours Painting Soars at Auction
The Frick Collection to Publish “Cocktails with a Curator” Book
Not to be missed
Pre-sale

Rubies from Burma are the product of the collision between the Indian...