François-Xavier Lalanne’s oversized Grand canard (Big Duck)—an ode to playfulness, which we could use in these trying times—sprang from his whimsical imagination. 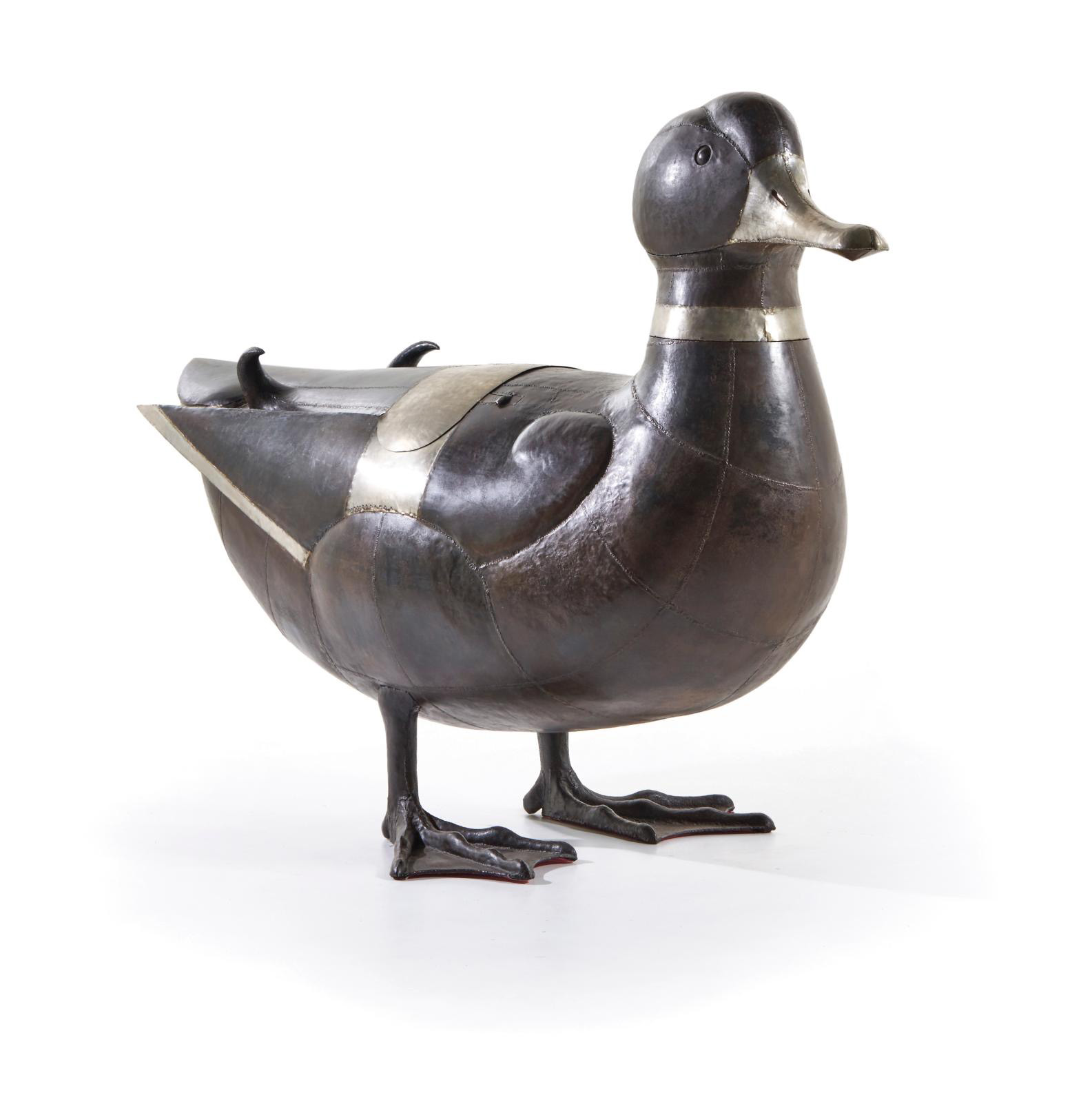 François-Xavier Lalanne aimed to take sculpture off its pedestal, bring it into the private sphere of daily life and exalt the functional work of art. He mischievously introduced his functional idea of sculpture at the crossroads of the applied and fine arts. Collectors could not resist: the Noailles, the Rothschilds, Yves Saint Laurent and Pierre Bergé were among his first fans. His works’ realism was out of step with contemporary trends, starting with abstraction. Animal sculpture had already had its heyday. But Lalanne thumbed his nose at trends with humor and allusions. Commissions poured in. Mischievous and childlike, Lalanne revealed a poetic world bordering Surrealism.

One day, some clients asked him to design a unique clothes rack for the foyer of their French home: in 1971 Grand canard became Lalanne’s first major work for a private collector. It belonged to a larger collection dispersed in 2010. This key piece from the artist’s colossal bestiary turned the idea of scale upside-down. At over six and a half feet long, Grand canard underscores the ambivalent nature of oversized objects: humorous yet at the same time disturbingly strange. This duck does not look threatening, but its size is unsettling.

Lalanne may have overturned sculpture’s conventional constraints, but he was familiar with classic art. Once a security guard at the Louvre, he probably had plenty of time to contemplate works by Bugatti, Barye and especially Pompon. His forms are simplified and the surfaces polished without ever sacrificing realism. His sculpture-objects blend into spaces without disappearing altogether.

As a metal virtuoso, he skillfully combined materials for this clothes rack. Grand canard is a technical feat in rough sheet metal and polished nickel silver—a copper, zinc and nickel alloy that heightens the bird’s relief. But this ode to fauna and flora was just a pretext for Lalanne to progress in his work, which is based on a philosophy of life that dismisses obstacles and promotes a certain idea of lightheartedness that he summarized in these words: “Art is like life. It should never be taken seriously.”

The Carp, the Lioness and the Chicory: From Lalanne to Majorelle