The flamboyant artist became more reflective in his later years and moved away from rococo flourishes. This vibrant drawing attests to his interest in religious themes. 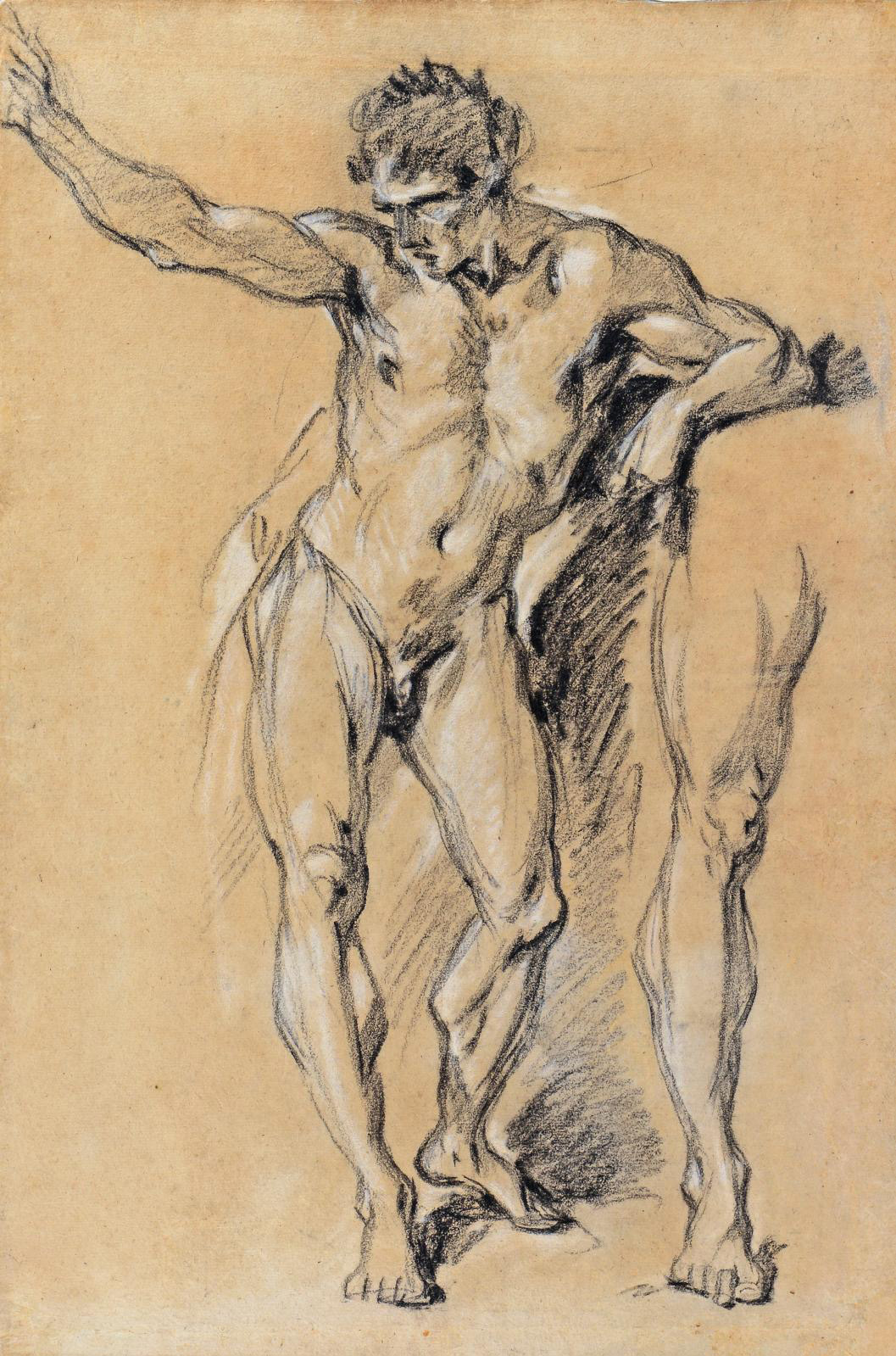 François Boucher (1703-1770) made many religious drawings but painted few altarpieces. Our sketch of Saint John the Baptist Preaching, not to be confused with Saint John the Baptist in the Wilderness at the Minneapolis Institute of Arts or the drawing in the musée Magnin, a late work, fetched €28,336. The final picture, whose whereabouts are unknown, was painted for the parish church in old Versailles between 1761 and 1764. In the end, Jeanne-Antoinette, Marquise de Pompadour, gave it to the city’s recently completed Saint Louis Cathedral in an act of devotion near the end of her life after her daughter’s death in 1754. John the Baptist was the patron saint of the marquise, who died on April 15, 1764. The work was certainly seized during the Revolution and never returned to the cathedral, unlike Boucher's other painting, Saint Peter Attempts to Walk on Water, which was restituted in the 19th century. The stained glass window depicting the Three Hebrews in the Furnace, an episode from the Holy Scriptures, is older and sold for €4,508.

Preemption for Carmontelle, a Soaring Price for König

Vigée Le Brun: Only a Teenager, and Already a Prodigy
Not to be missed
Lots sold