Francis Picabia made this 1907 Impressionist-inspired painting in Spain. It remained with the family of a Parisian collector for a long time. 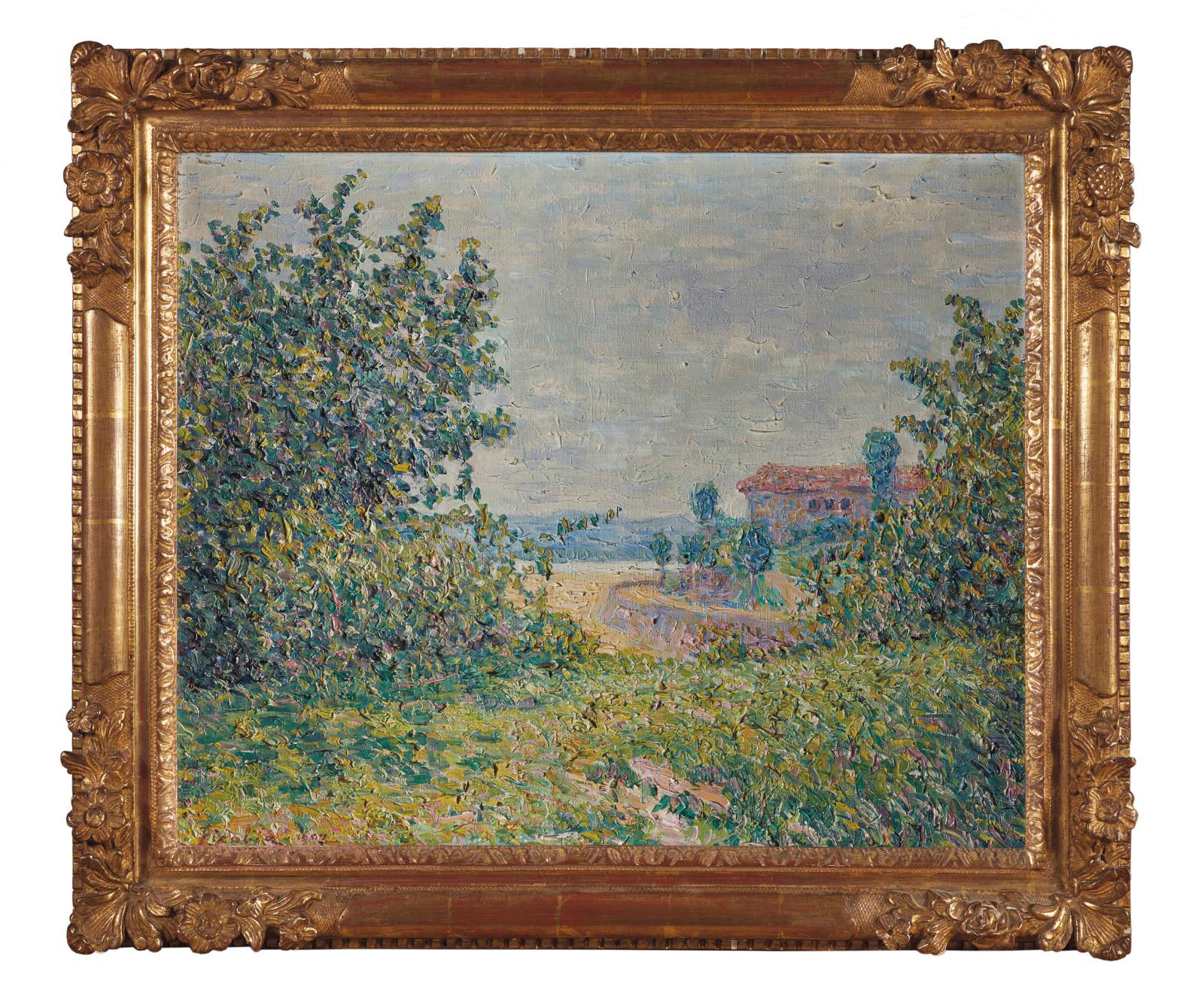 The countryside shimmers in the summer light. The air seems still. Not a soul has ventured out despite the quietness. In the distance, a line of hills rising above the sea blocks the horizon. This was the period when the already well-known Francis Picabia was painting in the Impressionist style. Following in the footsteps of Monet and Sisley, he took up their motifs and mentioned the time of day, the season or the atmosphere in his titles, and drew inspiration from Claude Pissarro for his rustic subjects. After successful shows at the Haussmann (Paris) and Cremetti (London) galleries, he traveled across Spain from the Basque Country to Andalusia in his new car. He painted with ardor, telling a group of colleagues that the painter "should not seek craft in everything but reproduce the feelings nature inspires in him without worrying about the technique." He was captivated by the effects of sunlight, but painted several of the works in this series from postcards or photographs, changing some of the details. The variously sized paintings push the idea of a series to the limit. "You walk through his landscapes,” critic Léon Roger-Milès wrote in the catalog of the Haussmann gallery’s February 1905 exhibition. “You think and dream about them. He paints with joyous, delightful colors [...] What he wants to do is express himself."