In Paris, the Éric Coatalem Gallery is exhibiting 50 paintings and drawings by Jean-Honoré Fragonard: exceptional and sometimes first-time loans from private collectors, which explore little-known facets of an artist who produced both romantic and other types of scenes. 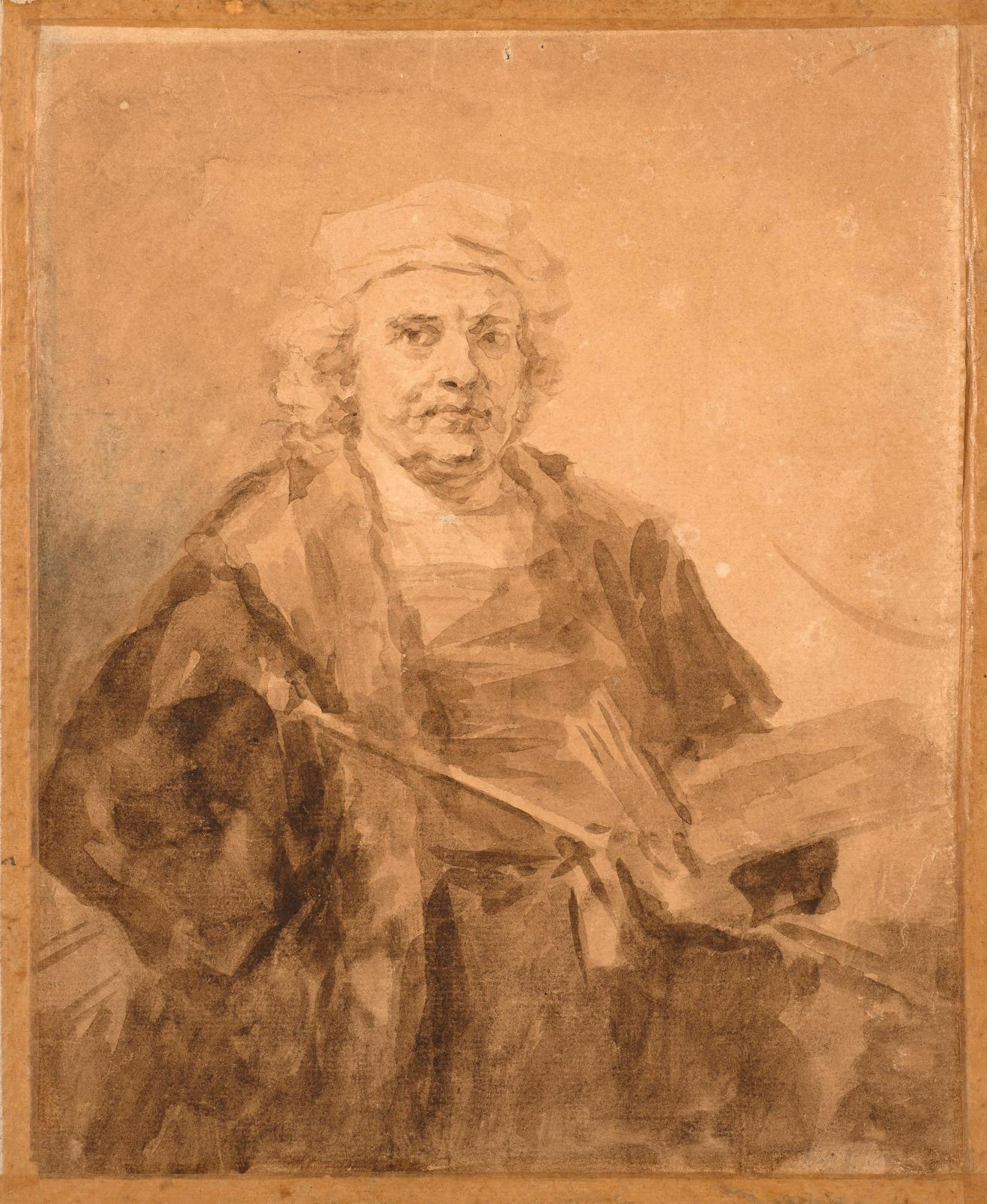 In late 2019, shortly before the pandemic, the Éric Coatalem Gallery devoted a temporary display to 17th-century French still lifes. "The gallery was packed every day," the dealer says happily. "It was a delight and a joy to discover that visitors liked to observe and even knew the works. There was a lot of discussion and interest. So I decided that once every 18 months, I would try to show a leading 18th-century artist—Greuze, Boucher, Vigée Le Brun among others. For the second event (following "Hubert Robert: From Rome to Paris", in 2021), the spotlight is on Fragonard, represented by some 50 works, 45 being loans from private collectors. Only five works are for sale. Nineteen collectors agreed to lend their treasures, mostly from London, Madrid, Brussels, Switzerland and the US. Some paintings, jealously guarded by their owners, have not been seen for half a century and not even shown in their respective countries. Convincing the lenders was not the most difficult part, as they usually agreed instantly. But finding them and contacting them was "a lengthy but fascinating task."

Fine Provenances
Thirteen of the works exhibited— a quarter of the total—have been through the Eric Coatalem Gallery. Four drawings by Fragonard and a painting by Marguerite Gérard are even returning to where they hung during the period of the Cailleux Gallery, created in 1923 by Paul Cailleux and established, until its closure in 2000, at the address occupied since 2014 by the Coatalem Gallery. Most drawings and paintings in the selection have prestigious origins, often going back to the 19th and sometimes even the 18th century. They include the collections of Leroy de Senneville, Vassal de Saint-Hubert and Lourdet de Santerre, and especially Hippolyte Walferdin (1795-1880), who once owned over a quarter of the works now unveiled. A physicist, politician, customs officer and Diderot’s publisher, Walferdin was a prominent art connoisseur who possessed 80 paintings and over 700 drawings by Fragonard, some of which he bequeathed to the Louvre. Visitors will also have a rare opportunity to see various unknown works, very often rediscovered recently by auction houses or by Éric Coatalem (who has identified a sanguine previously considered lost). One is the Presumed Portrait of Marie-Anne Fragonard, a small oil on panel 19 cm/7.4 in. high. Recently appearing on the Paris market, this unglazed sketch provides a new image of the master's wife, already known from several portraits he painted of her.

From Windmills in Holland to Those of Don Quixote
The exhibition also enables us to (re)discover Fragonard in all his complexity, as it explores certain less obvious themes. "I don't like stereotyped images. We should not limit ourselves to the idea of a frivolous Fragonard. He is much more subtle and marvelous than we give him credit for," says Eric Coatalem. In Paris, the last two major museum exhibitions on Fragonard focused on his romantic and lighthearted scenes: "Fragonard amoureux. Galant et libertin" (“Fragonard in Love: Suitor and Libertine”), staged in 2015-2016 at the Musée du Louvre, and "Fragonard, les plaisirs d'un siècle" (The Pleasures of a Century), at the Jacquemart-André Museum in 2007-2008. We have to go back to 1987-1988 to find the last French monograph exhibition featuring his entire corpus, orchestrated by Pierre Rosenberg at the Grand Palais in Paris, which traveled to the Metropolitan Museum in New York. The Cailleux Galllery had also staged its own exhibition, entitled "Aspects de Fragonard: peintures, dessins, estampes" ("Aspects of Fragonard: Paintings, Drawings and Prints". At the Coatalem Gallery, lesser-known facets of his art are now in the limelight, like his stay in Flanders and Holland in 1773—a little-studied period—which inspired delightful landscapes rivalling the work of Ruisdael and Hobbema. His chosen formats are the same as the Dutch masters. Two of the five "Nordic" landscape paintings on display here, making a pair, were brought together in 2017, when their owner acquired the second 15 years after buying the first. From this period, we can also see a Self-Portrait with Two Circles, after Rembrandt: a drawing executed with brush, brown wash and black chalk during a stay in Brussels in the summer of 1773, when the artist visited the banker Daniel Danoot’s collection and immortalized the self-portrait by Rembrandt. This rare testimony to Fragonard's interpretations of masters has never been exhibited before. Another little-known facet of the French painter is his illustrations of great poems or novels, such as Jerusalem Delivered by Tasso, La Fontaine’s Fables and Aline, Queen of Golconde by the Chevalier de Boufflers. He produced 179 drawings based on Ariosto's Orlando Furioso, but only 26 based on Don Quixote by Cervantes. A collector has loaned two drawings from the latter series, which is very rare. Both were purchased 25 years ago and have never been shown since.


Updates
In addition to rarities, unpublished works and themes not often subjected to public scrutiny, the exhibition features a catalog written by Sarah Catala, a PhD in Art History, a researcher associated with the Rhône-Alpes historical research laboratory and an 18th-century historian specializing in Hubert Robert. In 2015, for the Coatalem Gallery, she wrote a Tribute to the Cailleux Gallery and The Material at Work: The Rediscovery of Fragonard's Lion. Catala provides a comprehensive analysis highly sensitive to the technical aspects of his pictorial style, and which places his work in context. Her in-depth knowledge of 18th century collecting and creative processes immerses the reader in the artist's studio. The end of the catalog (with a preface by Eunice Williams of Harvard University) is of real interest to researchers and dealers, with 15 pages full of details, a rich bibliography, and above all comprehensive information on the works exhibited, with their histories, associated bibliographies and exhibitions. Axel Moulinier, a PhD in Art History and a specialist in Antoine Watteau, had the laborious task of meticulously verifying the information, provenances and page numbers in all the libraries concerned. "Anyone wishing to work on these works by Fragonard is now certain to have the right provenance, history and bibliography," says Eric Coatalem. It must be said that some of the information had been somewhat lacking, as the last major monograph on Fragonard went back to 1987, with the publication of Jean-Honoré Fragonard’s Life and Work: A Complete Catalog of the Paintings by Jean-Pierre Cuzin (Fribourg, Office du Livre), or even 1983, with Jean-Jacques Lévêque's Fragonard (Paris, Siloé). So this was a badly-needed update.
WORTH SEEING
Fragonard: Private Collections, Éric Coatalem gallery, Paris VIII.
Until December 17, 2022.
www.coatalem.com/fr/

Lé Phô, Buffet, Desportes and the Master of Cortèges
Not to be missed
Exhibitions