Flavin Judd: A Duty of Memory

During the exhibition devoted to his father, Donald Judd, which he is curating at the Thaddaeus Ropac gallery, Flavin Judd gives us a frank picture of the artist and the man, and talks about the Judd Foundation. 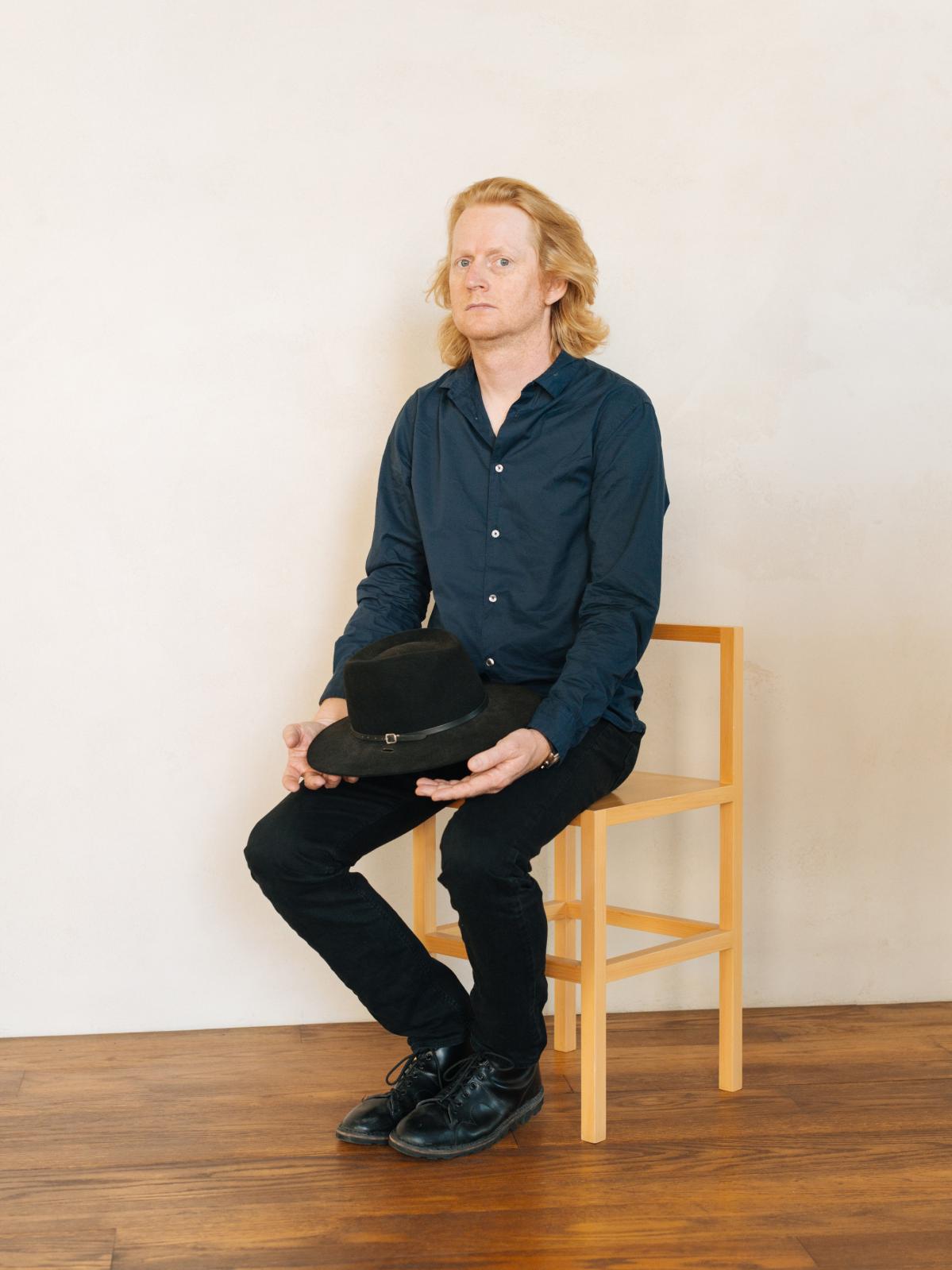 A symbol of the American Minimalist movement, Donald Clarence Judd, who died in Manhattan in 1994, left a weighty legacy to his children, Rainer and Flavin Judd. Their father's will make the two heirs responsible for maintaining various ageing buildings (one at 101 Spring Street, New York, and twenty in Marfa, Texas) installed with works of art and furniture. They direct the Judd Foundation, with Rainer as president and Flavin as artistic director. An organization for the legacy of the work of a historic artist, which Flavin Judd has been committed to for twenty-five years.

How did you see this exhibition – the first in France for around twenty years?
I didn't really plan it. I don't make any statements in it; I impose nothing on the pieces, which are brought together in a space for themselves. I've just made sure they don't interfere with each other. In my view, there should be no kind of pre-established theme coming between their power and their connection with the public. The works on show include wall works, a six-metre-long "progression", wood cut prints and drawings.

What actions do you carry out for the foundation?
My sister and I do a lot of things. We stage six-monthly exhibitions in New York and publish books. Until 2015, we only presented works by Don (Flavin always calls his father by his first name – Ed.). Then came pieces by Dan Flavin and other artists regarded by Don, including James Rosenquist in 2016 and Yayoi Kusama in 2017. The Judd Foundation also lays on guided tours of its various venues, as well as drawing workshops and performances. Keeping all these spaces alive is like managing a small city in itself!

Why was it important to create a structure like that, when there was a debt of several million dollars to pay off, your own ambitions to consider and a highly volatile art market at the time?
When Don died, our lawyers advised us to sell 101 Spring Street, against his wishes. That said, even though we wanted to delegate the responsibility to other people, nobody wanted it in the state it was in.
I wouldn't wish what Rainer and I went through on anyone. But we had to do it. Today, the foundation is going well, even though it was chaotic to organise in the beginning, and took time to find its feet.

What about donating works to museums?
Don didn't much like museums, though he exhibited in them a lot. In that context, art is often only temporary merchandise, which can suffer as a result. It's a product designed to flatter the egos of curators or cities aspiring to become major cultural metropolises. Art deserves better than that, Marfa is an antidote to the market museums are a part of.

Your father seemed to be someone who expressed himself through his work: a very strong, intransigent figure, precise and factual. Was he difficult to live with in everyday life?
It's true that Don was very demanding, radical and rigorous but he never sought perfection. He laid down rules, and his art and standards were always of a very high level, which seemed normal to us. He was a serious man with a certain sense of humour!

“The term minimalism was invented by art critics who didn’t like this kind of work and didn't find anything else to describe it. They used a derogatory term and didn't even try to understand or go into the idea in depth at all.”

Flavin and Rainer: in these evocative first names, should we see a deliberate homage to his friends Dan Flavin and Yvonne Rainer, the great choreographer?
I could have been called Chamberlain, Johns or Stella, but somehow they didn't fit! Don was an aesthete who very much liked the musicality of these surnames. Yes, it was an indirect tribute, but I never asked him for any explanations.

What artists did you meet at 101 Spring Street?
When we were little, we lived close to a lot of people like Dan Flavin, Brice and Helen Marden, Frank Stella, Joan Jonas, Robert Morris, Carl Andre, David Novros... We also saw Claes Oldenburg and John Chamberlain. Don didn't like the work of Andy Warhol, whom he didn't mix with, but both artists respected each other. However, not all his friends were artists, and he never saw any difference between them.

In New York, we can view many of his works, which seem to be laid out in the space in a very calculated way. What was he looking to create?
Don was aware of the way he wanted his pieces and those of his peers to be presented. For him there was a meaning in the way forks were laid on a table. It was always a question of very high standards. For example, Don set up a piece by Marcel Duchamp on the fifth floor, because he thought it would be good there. He collected works by Larry Bell, Chamberlain and many others, always seeking out the best.

Like your father, you reject the idea of "minimal" art, considering it a "lazy concept". Why?
The term minimalism was invented by art critics who didn’t like this kind of work and didn't find anything else to describe it. They used a derogatory term and didn't even try to understand or go into the idea in depth at all. It certainly wasn't "minimalism" for the artists concerned – no more than Andy Warhol and James Rosenquist thought of forming a group called "Pop Art"…

In 2016, with Caitlin Murray, you published "Donald Judd Writings", a collection of texts on his conception of the world. Did he consider an idea more important than the form it took?
Don was not conceptual. For him, the design and architecture he produced counted as much as art. Except that chairs and buildings have a function, while works of art don't. Art comes from the combination of an idea and a feeling, but it can't contradict the reality in which we live. Generally speaking, his ideas went against the representation of, say, Eugène Delacroix – an artist he much admired, incidentally.

What lessons can we draw from your father and his work if we visit New York or Marfa?
That Don created his own world, because the culture he grew up in wasn't enough, in his eyes. We all need to build up our own culture to compensate for the mediocrity of our daily lives.

Does running the foundation leave you time for other activities?
About once a year, I work for a design studio. That gives me a breath of fresh air.

Will your children have the task of continuing to uphold your father's memory, which you defend tooth and claw?
I hope they'll do what they want to do. I would want them to build a better culture than the one they live in.