The fair, originally dedicated to paintings and sculptures, is broadening its horizons and becoming less specialized, with 69 galleries in tow, including 13 from outside France. 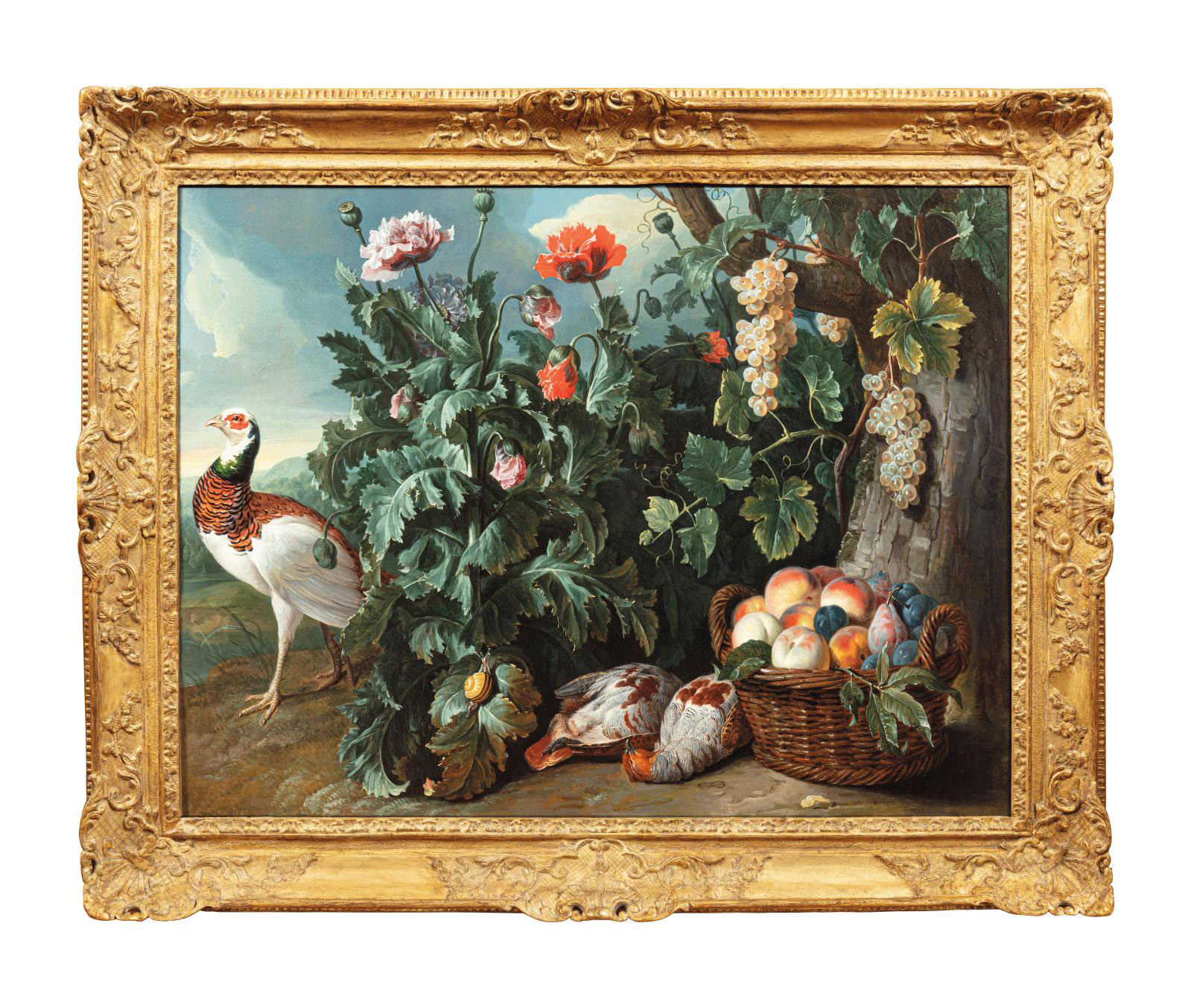 Because of the pandemic, the 2021 edition of Fine Arts Paris will remain at the Carrousel du Louvre instead of moving to the courtyard of the Dôme des Invalides as originally planned. However, as ever, there is a lavish treat in store. And while Old Master paintings and sculptures—the two founding themes of Fine Arts Paris—are dominant, other areas also feature non-Western arts, bibliophily, Asian arts, porcelain and even jewelry.

Old and Solemn Rituals
Alongside the organizing members, the cohorts of the loyal are back: Benjamin Steinitz, Françoise Chibret-Plaussu and her daughter Florence (La Présidence Gallery), Xavier Eeckhout, Michel Descours, Jacques Sargos and Clémence Dollier (L'Horizon chimérique), Arnaud Charvet and Jacques Leegenhoek—as well as Londoner Charles Beddington and New Yorker Marianne Rosenberg. But 13 newcomers are making an appearance as well. They include sculpture specialists Robilant + Voena, with outposts in Paris, London, Milan and New York; Laocoon Gallery and W. Apolloni, both regularly seen at major international events. The gallery director Monica Cardarelli jokes: "Even if Asterix liked hitting our ancestors over the head, we love France as our most successful former province of the empire. In a word, we adore Paris and every opportunity to come here is a joy. Especially this time around, when we will be able to show rare Italian artists, including some from the first half of the 20th century, who deserve to be better known." Marco Voena has also given careful thought to what he is exhibiting. "Paris has always been a leading international city and now, after Brexit, it has an even more central position in the art world." He adds, "Fine Arts Paris caters to a clientele of connoisseurs: a breed that is dying out in many markets. Some remarkable French art dealers already exhibit at Fine Arts Paris. We are not trying to compete with them, but to offer Italian masterpieces—in which we excel—to a public we know appreciates them."

Patrick Mestdagh (Brussels) says much the same thing. He decided to participate when visiting the 2019 edition, because he found "first of all, a range of extremely sound and consistent exhibitors, with several offering a well-considered selection very different from what you see in other fairs. I immediately felt very much at ease. That's not always the case, and that's important to my wife and me. We prefer international 'non-specialist' events, where we can meet new customers. The fact that the show is on a human scale also speaks to us."

Pictorial Discoveries
Painting, the high point of the event, has a few gems up its sleeve—like a painting by Nicolas Bertin, a key artist in the transition between the reigns of Louis XIV and Louis XV, and above all a major exponent of easel painting. Certainly an official commission, dated 1720, this is listed in Thierry Lefrançois' catalogue raisonné (published in 1981), where it appears as an Allegory of the Apotheosis of France. Franck Baulme has a new interpretation: "The two river figures suggest the Rhone and the Saône. We also see a lion, and fruit that might come from the Rhone Valley. So it could well be an Allegory of the Apotheosis of the City of Lyon."

Another remarkable rediscovery, this time on offer with the Didier Aaron Gallery, consists of four decorative panels produced by Jacques de Lajoüe for the Duke of Picquigny's study in the Hôtel de Vendôme, illustrating Painting, Botany, Navigation and Eloquence. Until then, only two of the 13 elements of this décor were known and were part of Karl Lagerfeld's collection. The De Jonckheere Gallery will be exhibiting a panel by Frans Francken II (1581-1642): The Triumph of Neptune and Amphitrite, a favorite subject with the painter, who produced several versions. The painting is one of the most ambitious compositions by this Flemish artist: a brilliant all-rounder and a member of a dynasty that considerably influenced Flanders, as revealed in the erudite exhibition at the museum in Cassel.

Objets d'art will also whet a few appetites. Christian Deydier, a specialist in archaic Chinese bronzes, is presenting a jia vase from the Shang dynasty, more precisely from the Anyang period, between the 14th and 12th centuries BCE. This is an extraordinary piece, whose importance he stresses because as a "symbol of the heavenly power conferred on the king, used during ritual libations to the ancestors, it bears witness to the religious practices of the time."  Cited since 1863, the vase, which is probably royal, is listed in no fewer than 19 publications. It belonged to the collections of the Honolulu Museum before "a curator decided he didn't like Chinese bronzes and sold them—hence its appearance in the market."

We find a very different story with the red-figure epichysis presented by Antoine Tarentino, also a recognized specialist in his field. The elegant clay vessel (decorated here with a hermaphroditic Eros and a young woman) was used by slaves to draw wine from a krater before serving it to guests. The object made an appearance at the Hôtel Drouot in the sale of the Eugène Piot collection on May 3, 1870. Meanwhile, celebrated throughout this year of the bicentenary of his death, Napoleon is represented at the Royal Provenance Gallery by a Sèvres porcelain plate. This comes from his private service—commissioned in 1807and delivered to the Tuileries Palace in March 1810—and better known as the "Quartiers Généraux" service. Along with 72 dessert plates sporting scenes of military campaigns, based on the emperor's precise instructions, it included 24 plates designed for the same purpose, called "assiettes à monter" (fruit bowls), which are more simply decorated with a central rose and a border of linked swords.

Museums in the Loop
Adopting the methods that have made the Salon du Dessin such a success, Fine Arts Paris has initiated a true synergy with museums. The young fair is staging Fine Arts Week, with a series of private visits to some 20 partner institutions, including Victor Hugo's house, the Condé Museum, the Château of Fontainebleau and select places like the Émile Hermès collection and the Fondation des Artistes. It is going even further by celebrating Antoine Watteau in its own way. The painter of "fêtes galantes" died 300 years ago on July 18, 1721. To commemorate this anniversary, the fair, at the initiative of collector Lionel Sauvage, is staging a two-day symposium at the Petit Palais on Saturday and Sunday, November 6 and 7. Lastly, the well-known French interior designer Jacques Garcia has agreed to create the stage design for this fifth edition, although up till now he has always refused to do so for exhibitions (with the notable exception of those at Versailles on silver furniture and the very recent one on chairs in society at the Gobelins, "Sièges en société" ("Seats in Society"). His reasoning is very simple: "Fine Arts Paris is part of a culture that resonates with me." And the venue—the Louvre—has always fascinated him as well. So the designer has created an imaginative scene on the wall of Charles V, it is as if a theater set was invaded by plant images. A fine incentive to take a stroll.