Rarely has an edition of the International Contemporary Art Fair been so eagerly awaited. The 47th edition, which closed on Sunday October 24 at the Grand Palais Éphémère in Paris, recorded 46,655 visitors in five days. 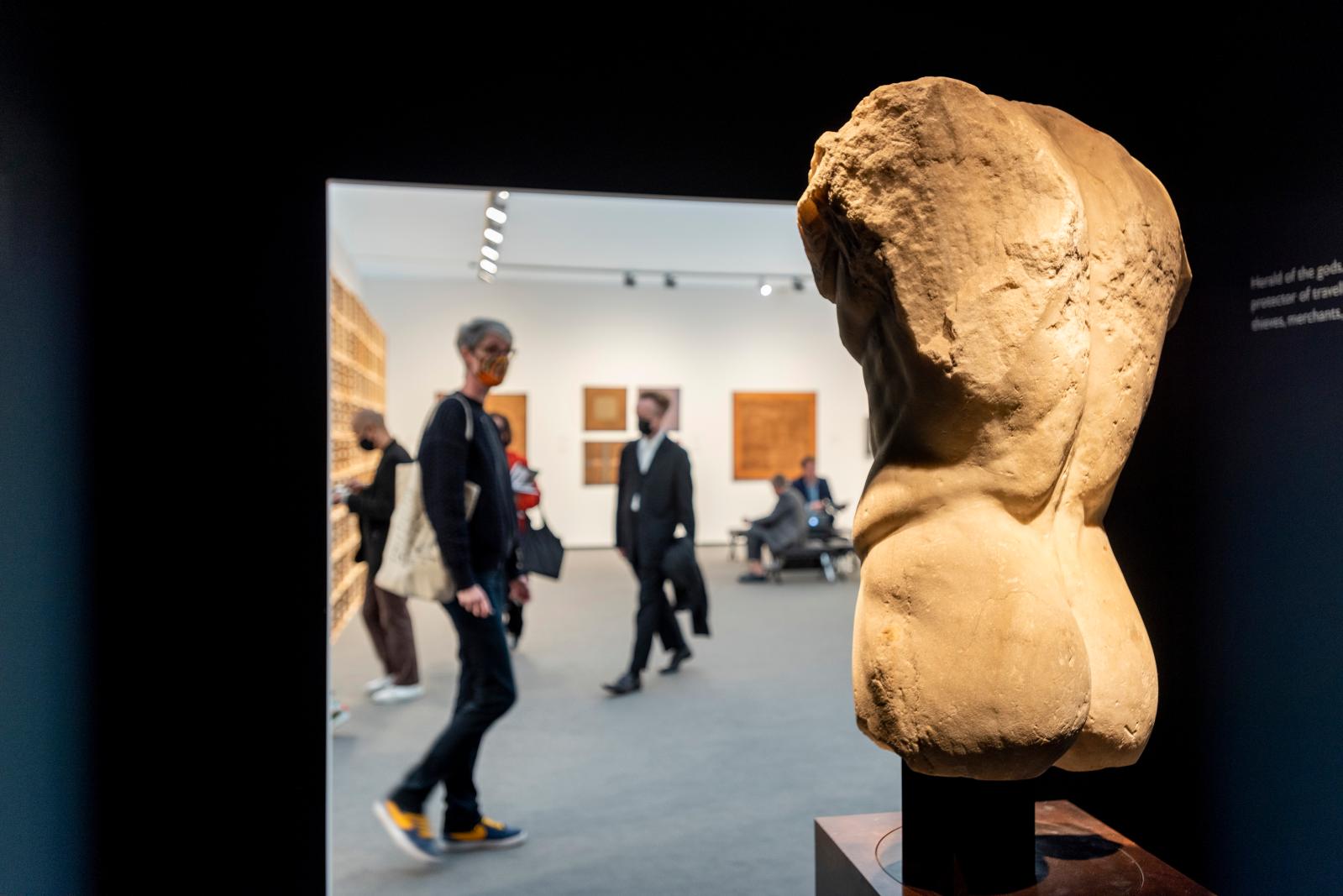 Bringing together 171 exhibitors from 25 countries, the event received visitors and collectors from all over the world and achieved high-level sales: unanimous acclaim for the capital's cultural dynamism after a break due to the pandemic. This time around the event had a new "hybrid" format, taking place simultaneously at the Grand Palais Éphémère and online with the second edition of the FIAC Online Viewing Rooms. Brussels-based dealer Xavier Hufkens was delighted with it all: "Recent fairs have confirmed yet again that their role within the art ecosystem is crucial." At his stand, a painting by Alice Neel went for €1 M, while a work by American artist Kehinde Wiley fetched $500,000 at Templon. The Georg Baselitz retrospective at the Centre Pompidou certainly had an effect: his work Bad im Flur (2021) sold for €1.2 M with Thaddaeus Ropac, who also sold Robert Rauschenberg's Star Grass (1963) for $2.8 M and Alex Katz's Olivia 1 (2021) for $600,000. Chantal Crousel placed a Glenn Ligon powdered charcoal painting in a French private collection for around $500,000, and a sculpture by Pierre Huyghe in an Asian collection for €275,000. Jose Martos, president of Martos Gallery, sold almost all of the works in his Aura Rosenberg solo show to private collections in the US, Belgium and Luxembourg, and himself bought a work by Keith Haring at the fair for €4 M.

In contrast, the dealer David Zwirner, who recently set up in the French capital, was not quite so happy, as he missed the vibrancy of Frieze. Nonetheless, he sold pieces by Josef Albers, Francis Alÿs, Harold Ancart, Lucas Arruda, Carol Bove, Oscar Murillo and Lisa Yuskavage at prices ranging from $100,000 to $400,000.

A Successful Comeback for ARCOMadrid
Not to be missed
Fairs