It is the end of an era. On 28 January, Félix Marcilhac, 78, died while napping at home in Marrakech with his German shepherd, César, at his side. A key player on the Art Nouveau and Art Deco market who loved the 1920s, he was an antique dealer, expert, collector and historian. 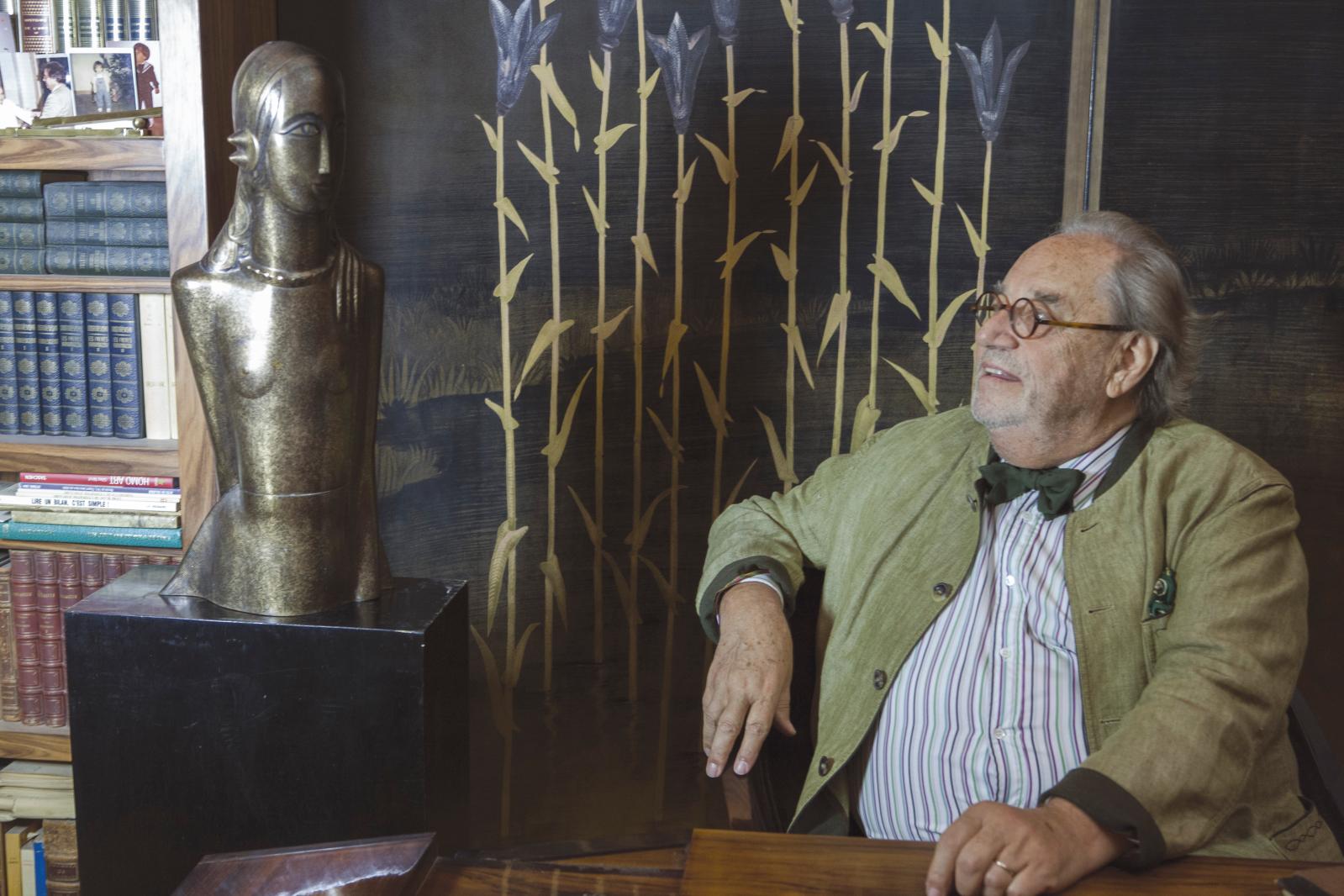 Félix discovered Marrakech in 1969 when a friend invited him to spend Christmas there. But he already loved the city thanks to the pictures taken by Jacques Majorelle, an Orientalist painter who was the subject of his first book. Félix retired to Morocco after personally overseeing the dispersal of his private collection. First, in 2012, he parted ways with 95 Art Deco bookbindings, including some illustrated by François-Louis Schmied, which he entrusted to Binoche and Giquello (Drouot). It was a secret passion: not even his children knew about the collection. Two years later, Sotheby’s, associated with Artcurial, dispersed the contents of his family home, including exceptional furniture by Jean-Michel Frank, Jean Dunand and Paul Iribe, modernist sculptures, Orientalist and Symbolist paintings, not to mention glassware and ceramics, which Félix jealously kept in a safe room. He personally chose these masterpieces, which remained confidential. The 316 lots fetched over €24.7 m. It was a triumphant exit.

Dealer, expert and historian
Félix started from scratch. His father died when he was a child; his mother rented out furnished rooms in the 11th arrondissement of Paris. A stout man who loved good food and fine wine, he had a savvy look and a splendid smile. He either charmed or frightened you. The beauty of a jewel by French master glassmaker Lalique would move him to tears. As a law student then at Sciences Po, Félix earned pocket money guiding American tourists around Paris. One day, herding them through the Village Suisse, the famous Parisian market, he discovered the world of antiques. In 1969, he moved to rue Bonaparte in Paris, where he sold Bavarian wardrobes and bistro tables. His colleague and mentor Stéphane Deschamps introduced him to Art Nouveau glass. At the time, Art Deco pieces either gathered dust in second-hand shops or ended up in dumps.
Félix spotted his first sculpture by Gustave Miklos, a Hungarian-born French decorator, at a Paris Saint Ouen Flea market ’s African art stand. The line was so pure. It was a shock. The price was 700 French francs, more than he could afford. It haunted him until he finally owned it. In the 1970s, a handful of bold professionals promoted interwar furniture. Actress Catherine Deneuve and decorator Jacques Grange were his customers. So was Andy Warhol, with whom he shrewdly swapped four portraits for four pieces of shagreen furniture by Pierre Legrain.
Félix was not just a dealer but also an expert at auctions—an odd combination unique to France—and an art historian. His doctoral thesis was on the sculptor Joseph Csaky. He wrote the catalogue raisonné of René Lalique's glassware after 11 years of researching the archives entrusted to him by Lalique's granddaughter, Marie-Claude Lalique. Five thousand items! He wrote many monographs on decorators Jean Dunand and André Groult and sculptors Édouard-Marcel Sandoz, Chana Orloff and Paul Jouve, happily collaborating with their descendants. "Papa wrote in the summer," his daughter said. "The only recreation he allowed himself was three cigars and three games of patience a day (...).  He didn't throw anything away. He kept every letter from an artist's widow, which he filed away methodically." He owned two thousand books! His youngest daughter, Amélie, bought his consulting firm and archives, and his son, Félix-Félix (yes, that is his name), took over the gallery on rue Bonaparte, in Paris.

Anne-Sophie Duval and Art Deco: A Women's Affair
Not to be missed
Appointments & Obituaries