The expert Jean-Pierre Camard passed away in February. He was the first to specialize in Art Nouveau and Art Deco, fields that have soared in popularity. His skills, learning and human warmth marked the history of Drouot for 50 years. 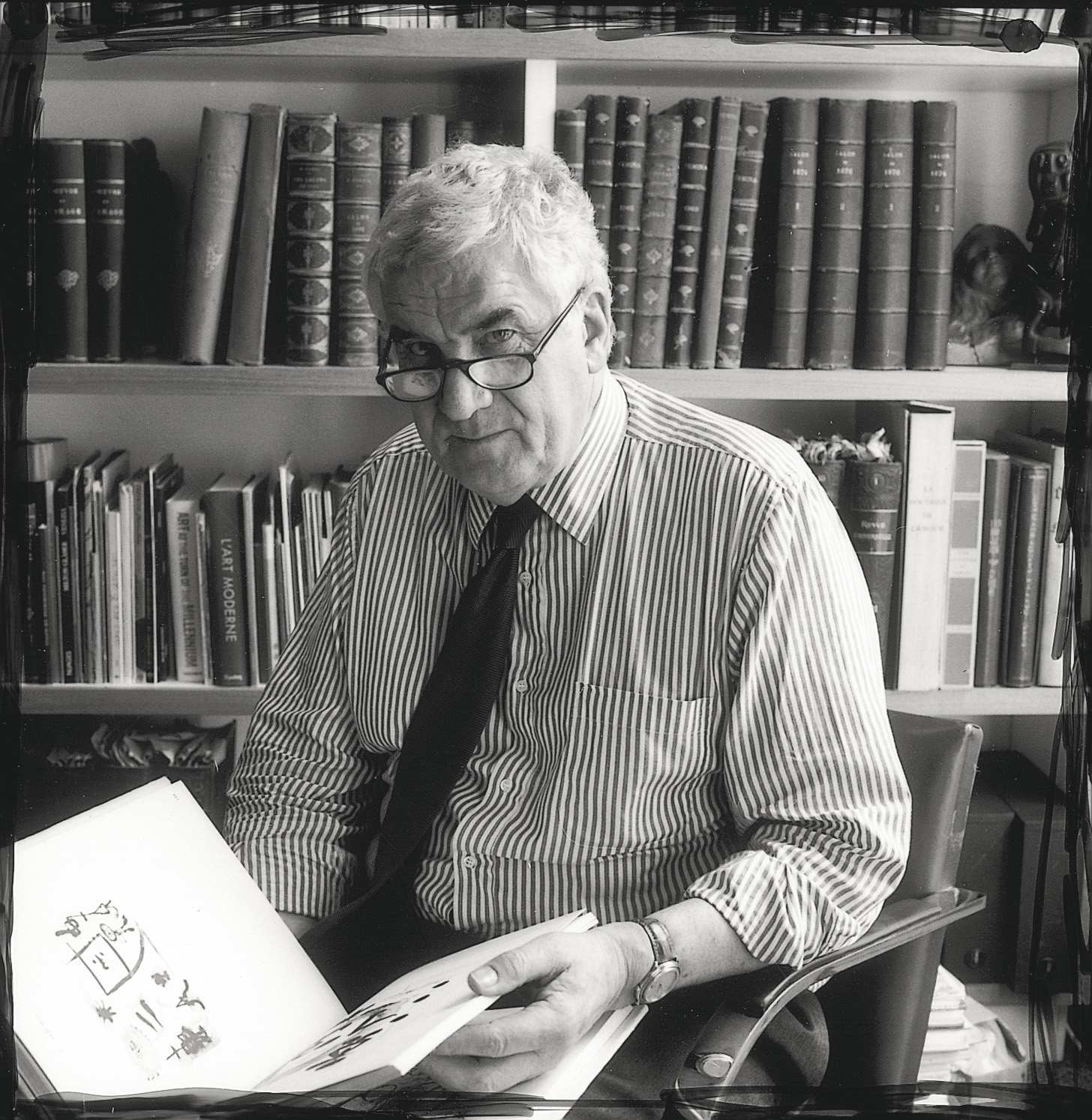 A chapter has closed. The two trailblazers in 20th-century decorative arts—both towering figures at Drouot—are gone. Félix Marcilhac died last year. Now we have lost Jean-Pierre Camard, a victim of a pulmonary embolism at the age of 89. He had a strong, warm personality. Oddly, he had originally aimed for farming. "He saw himself as a gentleman farmer, tending his vines," his son says. On weekends, he was bored. then he discovered the shop of Joseph Altounian, a famous antique dealer and museum supplier. Altounian befriended the young man, who was sensitive to art. As time went by, Jean-Pierre did some soul-searching and decided to change course. He entered the Ecole du Louvre, where he met his future wife, Florence. Soon, as a project manager for the Musées Nationaux (National Museums), he broadened his expertise: he was sent to Sèvres to inventory the Curtis endowment, centered on early 20th-century ceramists. Moved by the beauty of stoneware, Jean-Pierre wrote a thesis on the revival of the Saint-Amand-en-Puisaye school of around 1900. The hierarchy in the world of curators seemed frozen to him, so he broke away from it and boldly turned to the art market.

In 1958, Jean-Pierre and Florence were married. The following year, Florette was born, followed by Isabelle, Jean-Marcel and Marceline—four children in under four years! Their grandfather gave them a big house in Versailles to live in. Jean-Pierre browsed flea markets. These were lean times. They lived on canned tuna and cornstarch. Jean-Pierre invested what little money he earned in a collection focusing on Symbolism, a timeless movement, which he assembled with his friend Jean Soustiel, an Islamic art specialist. Paintings by Armand Point and Edward Burne-Jones and ceramics by Jean Carriès and Georges Hoentschel livened up their respective interiors—until they sold them at auction. Coming back from school one day, the Camard children found the house empty. Not a work of art was to be seen. They started crying. Suddenly, their loving father, who never raised his voice, was angry: "I forbid you to get attached to things,” he thundered. “You only owe feelings to people!"

After an internship with Maurice Rheims in 1968, Jean-Pierre was appointed "art nouveau expert"—a title invented for him. The specialty existed neither in Paris nor anywhere else. Until then, the few pieces of Majorelle furniture appearing at auction were given brief descriptions by 18th-century furniture experts. Félix Marcilhac had not yet entered the scene. Jean-Pierre validated his rival's examination, aware that competition stimulates the market. They long held a duopoly. But unlike his opponent, Jean-Pierre did not wear the two hats of auction expert and antique dealer. In other words, his only goal when studying an object was to obtain the best price for its owner.

In 1972, Jean-Pierre officiated for Maître Solanet when couturier Jacques Doucet’s furniture resurfaced at the sale of an estate. Instead of agreeing to keep the bidding down, this time several dealers vied with each other. A Marcel Coard sofa achieved the unprecedented price of 150,000 francs. The 1920s designers Eileen Gray and Pierre Legrain came out of oblivion. The sale triggered the art deco market, which has been growing ever since. Meanwhile, wealthy Americans such as Barbra Streisand and Jo Setton, the head of Pioneer, were developing a passionate interest in art nouveau. The Japanese followed suit. When the Daum family split up its collections to bail out the Nancy crystal works, Jacques Tajan and Jean-Pierre took the pieces to Tokyo. they were a hit.

Jean-Pierre was tireless. During the week, he helped auctioneers at Drouot. on weekends, he traveled to the provinces. He slept little and read a lot (...) Established in Rue de la Grange Batelière, a stone's throw from the auction house, Jean-Pierre pursued his career with his children. the envious sneeringly called them "the Camard clan". His son, Jean-Marcel, was also a decorative arts expert. His daughters handled administrative matters. Florence, his wife, left teaching and joined the firm of experts. she gave the family business a scientific aura by publishing authoritative books on Jacques-Émile Ruhlmann, the interior designers Sue and Mare, and Michel Dufet.

many memorable sales marked Jean-Pierre’s fifty-year career: the sculptor Bugatti’s estate; the collection of antique dealer Jean-Claude Brugnot, a discoverer from the beginning; the Ruhlmanns belonging to business lawyer Pierre Hebey and his wife Geneviève; and fifty pieces of furniture and lighting fixtures by the same designer. The bidding soared into the millions.

We end with a delightful anecdote. Jean-Pierre had the gift of gab. In the facility where he lived at the end of his life, he gave an impassioned lecture on Egypt: a country he had never visited… He received an ovation.

Drouot: Total Revenue Up for the First Half of 2021
Newsfeed
See all news
Refik Anadol Now Represented by König Galerie
Steady Sales Reported at Art Basel
Nigerian Artists Offer Donated Works to British Museum in Return for Benin Bronzes
$30M Frida Kahlo Self-Portrait Set to Break Records
Not to be missed
Obituaries
Rethinking Art History with Rembrandt Specialist Ernst…
Ernst van de Wetering’s death at 83 is one piece of sad news in…
Obituaries
Jean Chatelus: Contemporary Art First and Foremost
The man styling himself an accumulator, not a collector, died on…
Obituaries
Eli Broad, Los Angeles Loses One of its Most Important…
Born in the Bronx on June 6, 1933 to Jewish immigrant parents from…
Obituaries
Hans Rasmus Astrup, Founder of the Astrup Fearnley Museet…
Hans Rasmus Astrup, who made ARTnews annual list of the top 200…