In 1864, Claude Monet painted this rare, early oil on canvas of the Aval Cliff, an emblematic work that has been in a Breton private collection for nearly 25 years. 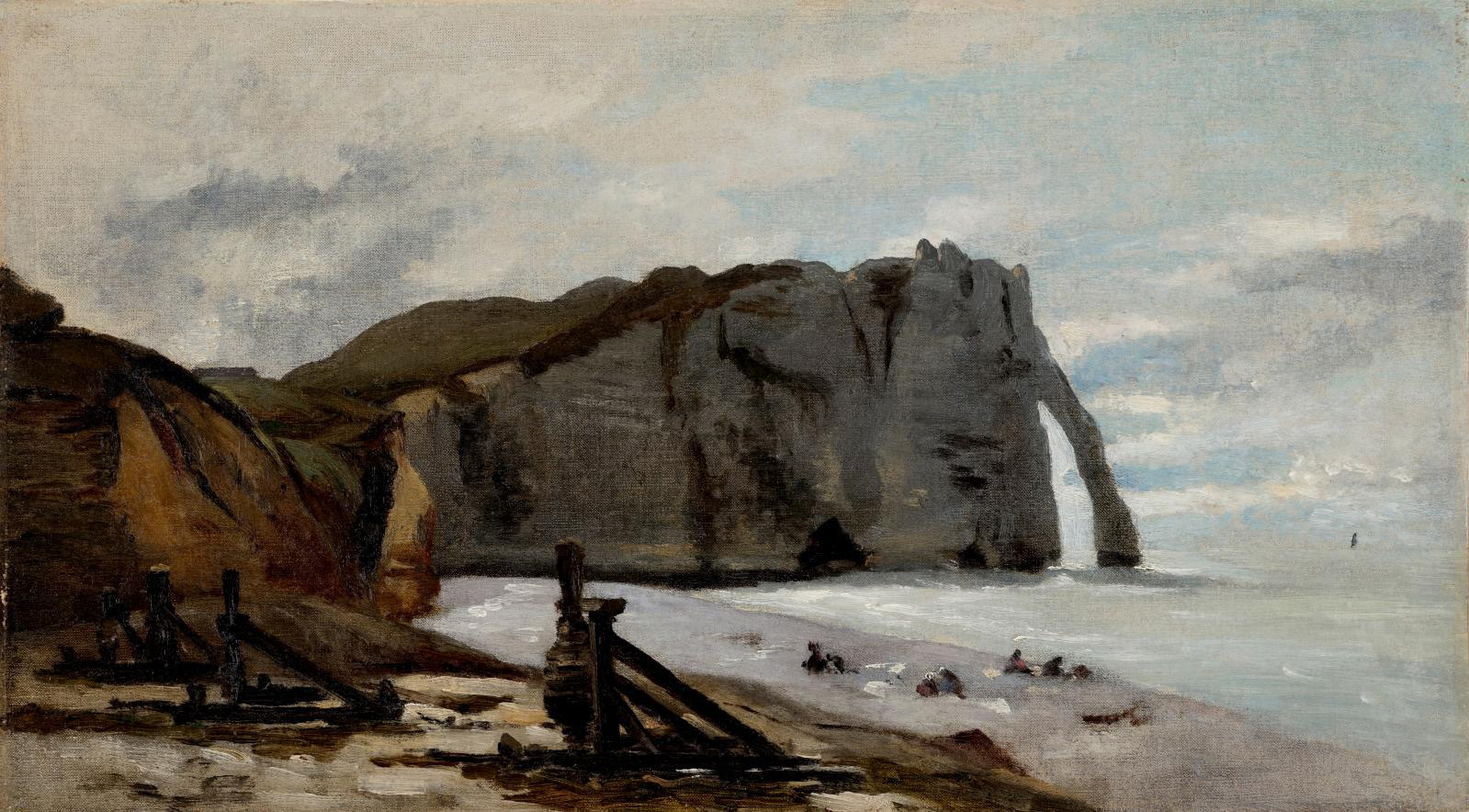 Claude Monet painted Étretat and its scenic cliffs so many times throughout his life that they could be used to track his artistic development. Many artists before him were swept away by the site in Normandy, which postcards and newspapers had already made famous in the 19th century: the three arches, Amont, Manneporte and Aval, the highest, culminating at 80 meters/262.48 feet. Composer Jacques Offenbach went there for inspiration; Guy de Maupassant used it as a setting for his short stories. In the 18th century, Étretat was a simple fishing village. In the 19th century, the railway’s arrival in Normandy opened up the prospect of sea 'bathing', which was deemed therapeutic. Eugène Isabey paved the way for painters in 1820, followed by Delacroix in 1838. Isabey’s students included Honfleur-born Eugène Boudin, who quickly became a regular at the site. Claude Monet met him in 1856. The 16-year-old was already known in Le Havre for his caricatures, but Boudin changed his view of painting, dragging him, at first almost against his will, to open-air sessions. After years of training in Paris, Monet regularly returned to Normandy in the early 1860s, channeling the influence of Boudin and his new friend Barthold Jongkind. His particular treatment of the sky and light breaking through from behind the clouds is visible in this 1864 painting, Étretat, The Arch and Cliff of Aval. Gustave Geffroy says that this is where Monet learned “the colors of air, the secret of fog.”

Enough to Drive Him Crazy
Monet sought to faithfully capture the landscape and the monumentality of the chalk cliffs majestically standing out against the sky. He used a double square format ideal for creating panoramic views, a process inspired by Charles-François Daubigny to whom Boudin introduced him. But his bold colors and freestyle treatment set him apart from his elders. The shore is almost mauve, the cliff has no clear outline and the water is misty. Monet spent six months in Honfleur, Trouville and Étretat in 1864. “It is lovely here,” he wrote to his friend Bazille that year. “I discover more and more beautiful things every day. It’s enough to drive me crazy. I want to do everything. My head is exploding.” Only three paintings are known from this period, all of which were acquired at a Paris sale on December 4, 1998. They have been in the same Breton collection ever since. Monet’s skill soon resulted in an unprecedented technique. The line was crossed with the 80 or so paintings of the cliffs he made between 1883 and 1886. The long, brisk, thick, linear brushstrokes strive to capture the instant and light more than monumentality. Monet always painted nature and the elements.