President of Saint Honoré Art Consulting, Etienne Bréton works alongside Marc Blondeau and Nicolas Schwed. With Pascal Zuber, he is currently the scientific co-curator of the exhibition "Boilly. Parisian Chronicles" at the Musée Cognacq-Jay in Paris. 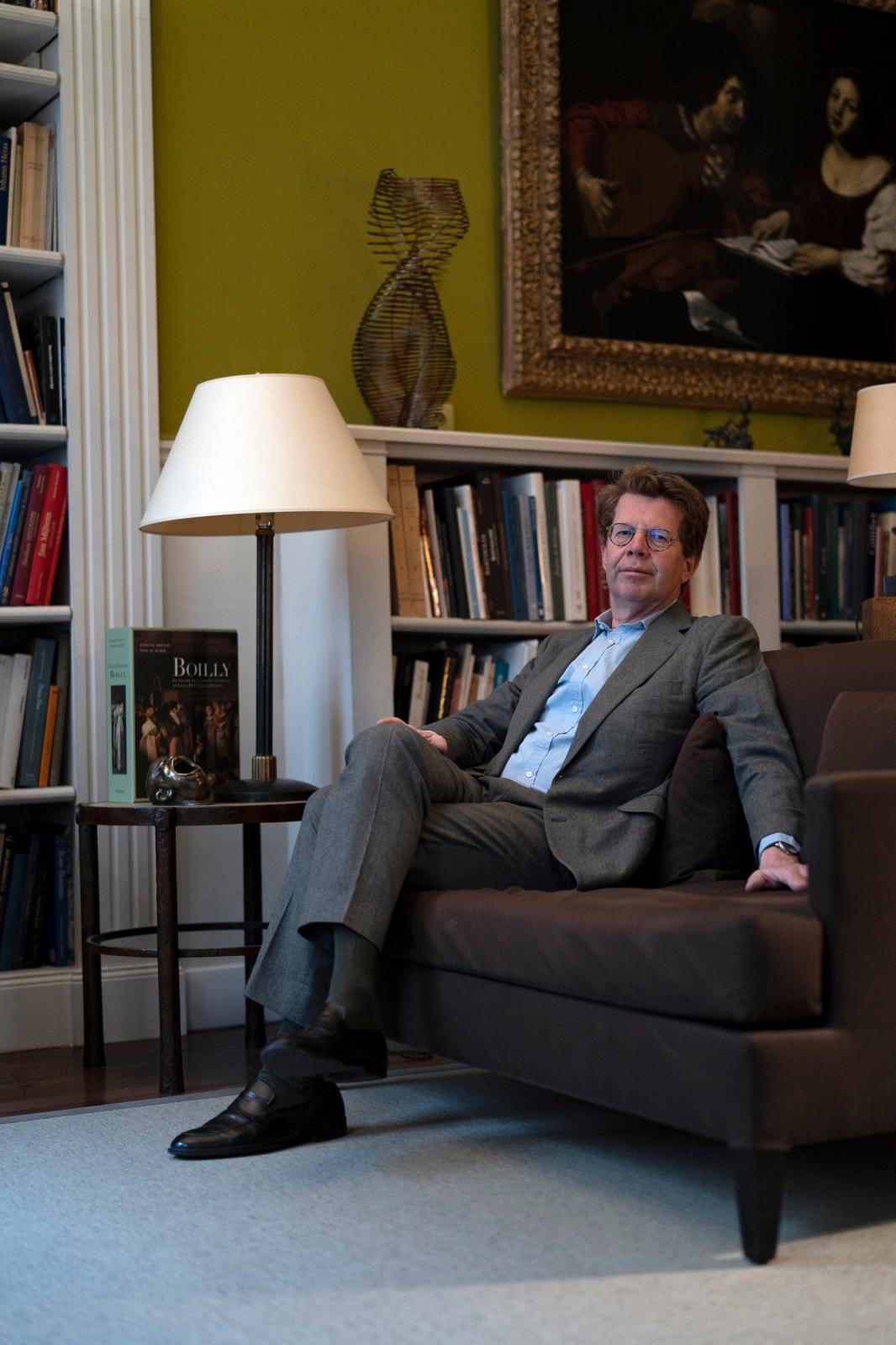 What is the finest painting that has passed through your hands since you left Sotheby's in 1994?
A sublime Poussin, The Flight into Egypt with an Elephant, which is seen from the back moving towards Africa, symbolizing the continent. Like its counterpart (now in the Wallace Collection) it comes from the Rospigliosi and Fesch collections. That was 20 years ago and since then I have discovered other Poussins...

You won't say any more... How would you define your highly confidential work, exactly?
I advise collectors and museums. Firstly, I assist collectors who want to sell their paintings by analyzing opportunities for selling them, helping them to get estimates and defining the best strategy for them. Secondly, I'm extensively involved with museums in France, Europe, America and even further afield. My work above all consists of providing reports on their works, based on a precise analysis of their collections, their ability to raise funds for each of the purchases and possibly knowing which sponsors would be likely to support them. It's also important to know if sellers are willing to play the game, because the acquisition time frame for museums is inevitably quite long.

What is the typical profile of your clients?
Someone who doesn't ask me how much a painting will be worth the day after it has been bought! (Laughs). Buying an Old Master means buying solid blue-chip stock. If the painting was considered important in the 17th century, then in the 18th and 19th centuries, and is still important in 2022, it means it will be even more desirable in the future because museums are buying a huge amount and major works will be increasingly few and far between. I don't dictate good taste. But I will oppose a purchase because of a painting's attribution or condition. I like nothing better than displaying a painting in my office with my books, and sometimes another painting to encourage comparison. Desire comes from touching a painting and handling it. My role is to open windows for collectors on areas they aren't necessarily familiar with, or which they didn't know were ripe for collecting. Often these windows open during the trips we make, where we get to know and understand each other better, and I get an idea of their tastes when they meet new areas of art history. These are always intense moments, and I experienced many of them with the late lamented Aso Tavitian, a leading New York collector, and other friends who are also collectors.

What do your clients collect?
The market today is highly selective because our clients are increasingly so themselves. Collections assembled by art lovers accustomed to buying large numbers of paintings will become rarer. Traditional collecting, as in the 19th and early 20th centuries, will disappear. It is probably a matter of fashion, but this is the reality of the situation. Art lovers will go for more narrowly targeted, rarer, more arresting works. I have more and more clients with extremely eclectic tastes, for whom the most important aspect is the originality of the subject and the power of the image. Some may be focused on one subject, but not so much on one period in the history of painting.

How is the Old Master market doing in 2022?
There is no longer a single market, but three markets, with increasing price differences for standard-setting paintings, quality paintings and decorative paintings. Where "iconic" paintings are concerned, the "last chance" factor has a huge effect on the artist's price index. While the art market has suffered and is still suffering from problems in getting around today because of the health crisis, this is not the case with this type of work. I did see a slight slowdown in 2020, but 2021 was a very good year. Museums put a considerable brake on purchasing, but collectors made a lot of money in this crisis period, and suddenly had time on their hands. Economic uncertainties about investments and financial returns encouraged them to release funds—not to invest, but for their own enjoyment.

How do you view French dealers?
France is still a place where new works turn up very regularly, and this is undeniably a strong prerogative. But the real superiority of Paris lies in the average age of the professionals. This is very real. More than anywhere else, professionals have taken on the responsibility of training new generations. In London and New York, there are new Italian dealers, but there is also a whole generation about to retire without having been able to pass on their knowledge. In Paris, high-profile dealers have not stifled the young ones, and this is very obvious when you visit Fine Arts Paris and especially TEFAF, where the French predominate. These young dealers have fresh ideas; they are successful at mixing genres and they are willing to take risks. This is the key to success. You have to be ambitious and take steps in terms of quality and thus in the amounts invested. Boldness is crucial, and Paris certainly has that!

What are the chances that the fair resulting from the merger of the Biennale and Fine Arts Paris will supplant TEFAF Maastricht?
They are high, but I want to be provocative and say that ideally this fair should be held in Vierzon! I have always thought that Maastricht and Basel were real traps in terms of position. When collectors from Minneapolis go to TEFAF, they have to spend a night there and they don't want to go back empty-handed. There are no other temptations—whereas in Paris... A few years ago, TEFAF carried out a study on the average time spent by a visitor at its fair, and it was twice as long as the time spent by a visitor at the Paris Biennale. Recently, without having ever exhibited because it is not my job, I told several dealers—who were not very receptive—that we should also think about a very well-organized fair based on "Mediterranean taste" in the broad sense, from gold-ground paintings to Signac. Why not in Avignon, which offers excellent hotel facilities?

How was your "double life" with Boilly for over 25 years?
We let time do its work, as Mitterrand said, because that aspect also applies to the history of art. As long as more and more discoveries were being made, we took our time and decided to prepare the publication only when this pace had begun to let up. Then for six years, we worked at frantic speed with the support of Arthena, a remarkable publishing house with a first-rate team.

What are your next scientific projects?
I don't want to get involved with another monograph. I have loved and been fascinated and intrigued too much by Boilly, by the diversity of his subjects, the quality of his craftsmanship and especially the variety of what he wanted to express. Now I am thinking of something completely different: perhaps a specific subject. After six frenetic years, I would like to start traveling again, to get a picture of museums' new aspirations and their recent developments. I am also thinking of adding another string to my bow, which would be exciting rather than lucrative.

A new line of work?
I was delighted to work alongside Annick Lemoine and Sixtine de Saint-Léger. I grasped everything involved in staging an exhibition, and I now have unlimited admiration for the curators who organize them. I now wonder if it's possible to consider working as a "curator" in the field of Old Masters. This would mean proposing ideas and bringing together important figures, who would put their minds to specific exhibition topics. I know collectors better than museum curators, really, and above all, I am in a position to pinpoint the latest shifts in what people are looking for. Pascal Zuber and I are perhaps the first two art market professionals to be scientific curators in a French museum. I belong to the board of directors of several monuments and museums in France. Attitudes have changed a lot, and they will continue to do so.