A style described by Gustave Flaubert as "imposing and diplomatic" in L’Éducation sentimentale. 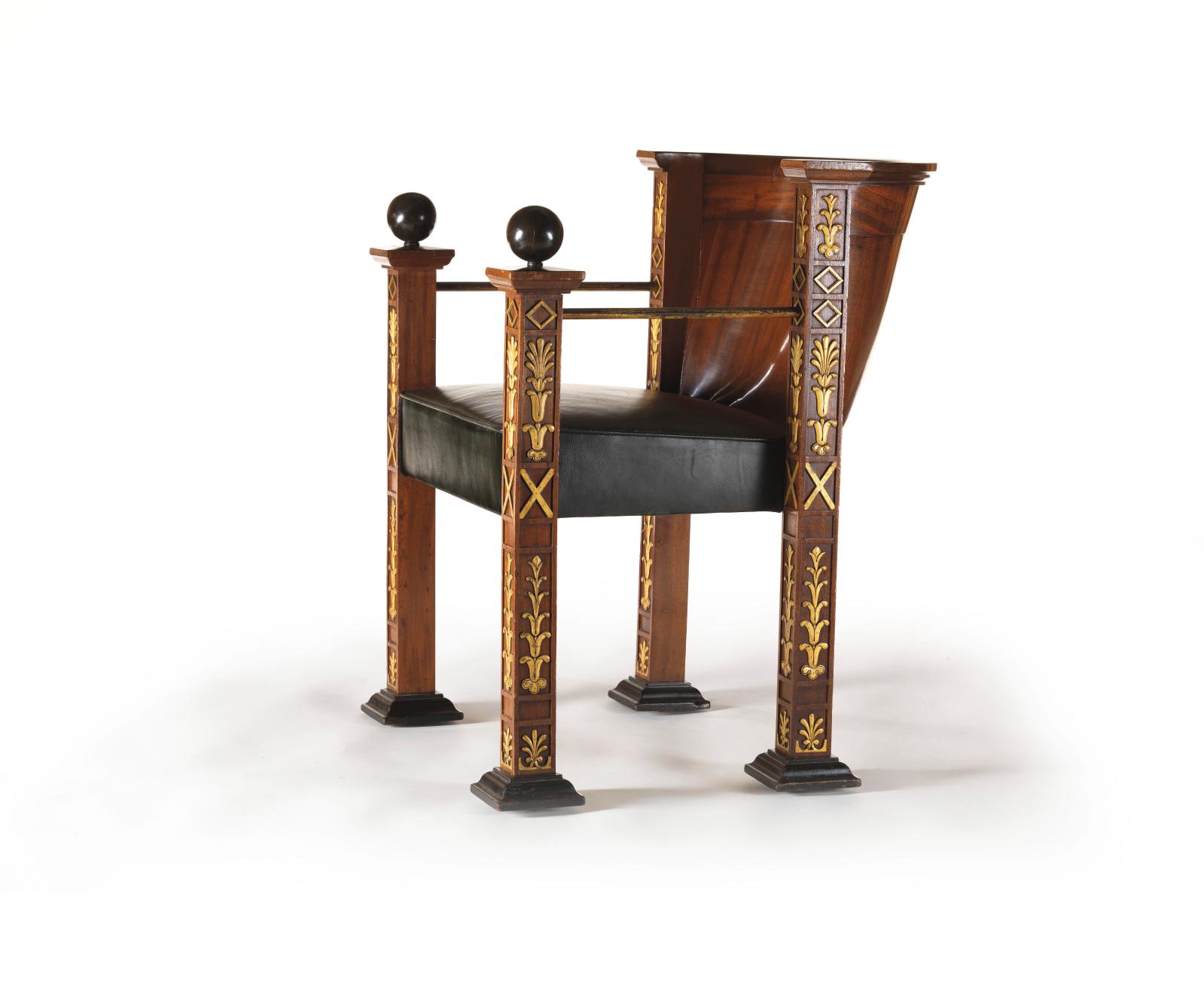 The imperial bed, cheval glass and tripod pedestal table were all new elements in the grammar shaping the vocabulary of Empire furniture. A style marked by a more deliberately "antique feel than previously," says Pierre Verlet in his book on French 18th-century furniture. This was seen from the revolutionary period onwards in various pieces designed by Jacques-Louis David, like a mahogany veneer armchair from the painters' studio, made by Jacob in around 1786-1789, which fetched €212,500 at the sale by Marc-Arthur Kohn. Particularly liked by Flaubert – whose niece described his small drawing-room as "furnished with mahogany and red cloth Empire furniture" –, the style has remained highly popular with auction houses.

The Empire enabled craftsmen to produce luxury pieces again, according to the dealer Christophe de Quénetain.