The return to the classical order of a former fervent avant-gardist was acclaimed by the bidding. 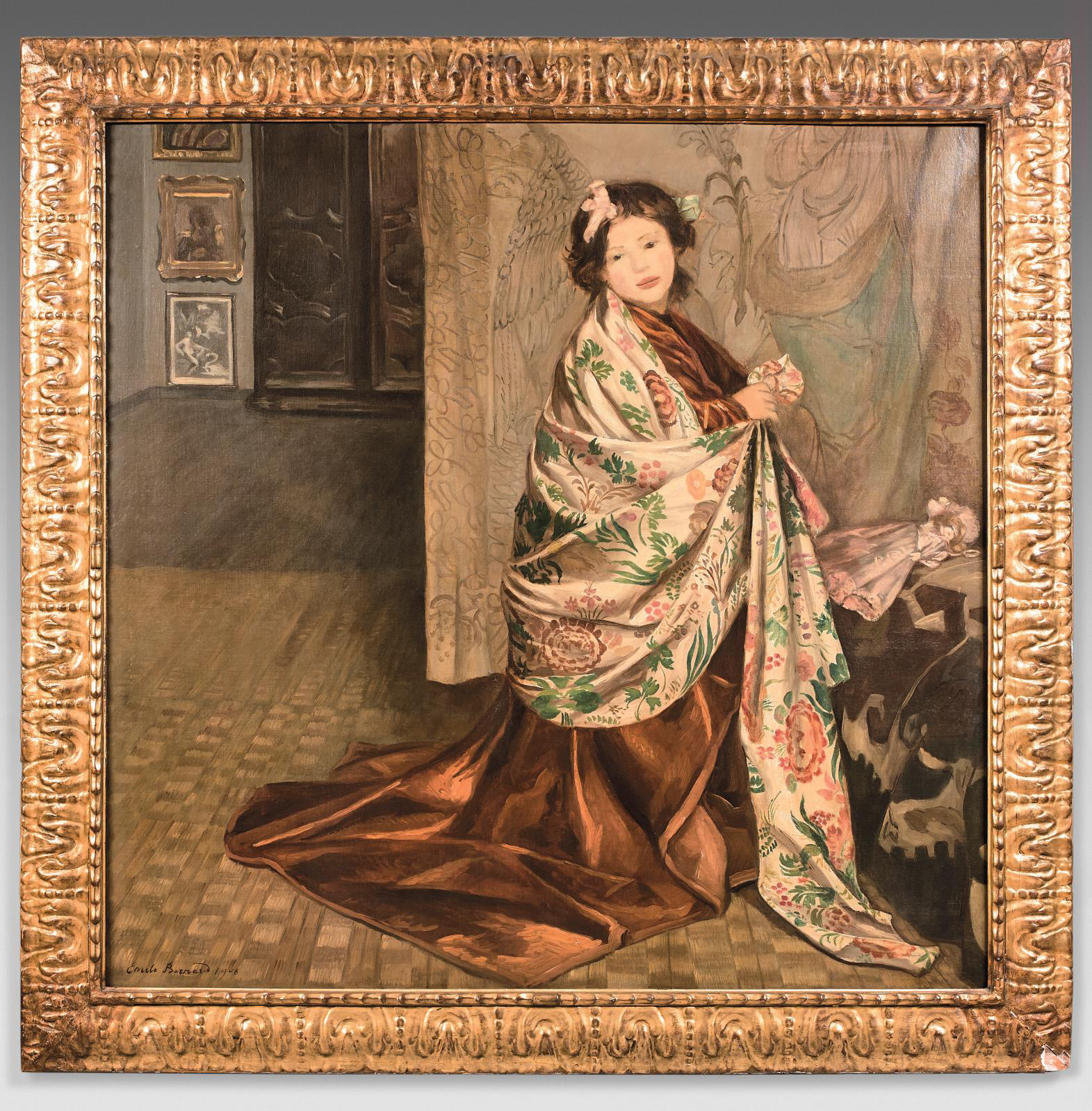 Émile Bernard (1897-1941) was a complex artist. After spearheading modernity—notably alongside Paul Gauguin—and producing powerful works like Madeleine in the Bois d'Amour and the Symbolic Self-Portrait (both now in the Musée d'Orsay), he turned to a far more subdued style in the first decade of the 20th century. But it had its own flair and appeal, too: qualities illustrated by this Jeune fille au châle à fleurs devant une tapisserie (Young girl with flowered shawl before a tapestry). The 1908 painting went for €60,960—a result that multiplied its admittedly modest estimate by six.

Bernard makes skillful play with his model kneeling in the foreground. He clothes her in a dress with a long train and wraps her in a flowered shawl, while the tapestry hanging behind her seems to give her angel wings, enhancing the overall feeling of religiosity. The Musée de l'Orangerie in Paris explored this radical change of direction in the exhibition "Émile Bernard ou comment un avant-gardiste devient réactionnaire" ("Émile Bernard: an Avant-Gardist Turned Reactionary") (September 2014-January 2015). There was a long "post-Pont-Aven" period in his career, when he advocated a return to centuries-old canons through the classical masters he admired, especially those of the Italian Renaissance, like Titian, Raphael, Michelangelo and Tintoretto. Marie-Paule Vial, one of the curators, said at the time: "For him, avant-gardes were transient, and this went against what was fundamental—namely, a search for the order of the ideal." This transcended temporality. He hoped to find it in Egypt, which he visited in 1893 (after quarreling with Gauguin), remaining there for over ten years. On his return to Europe in 1904, he stayed in Venice and continued to champion traditional values. His distance from the avant-garde was misunderstood by his contemporaries, and the works he painted then are still little known to the general public. The rediscovery of the painting here, never seen at auction before and now listed in the artist's archives, sheds further light on this period.